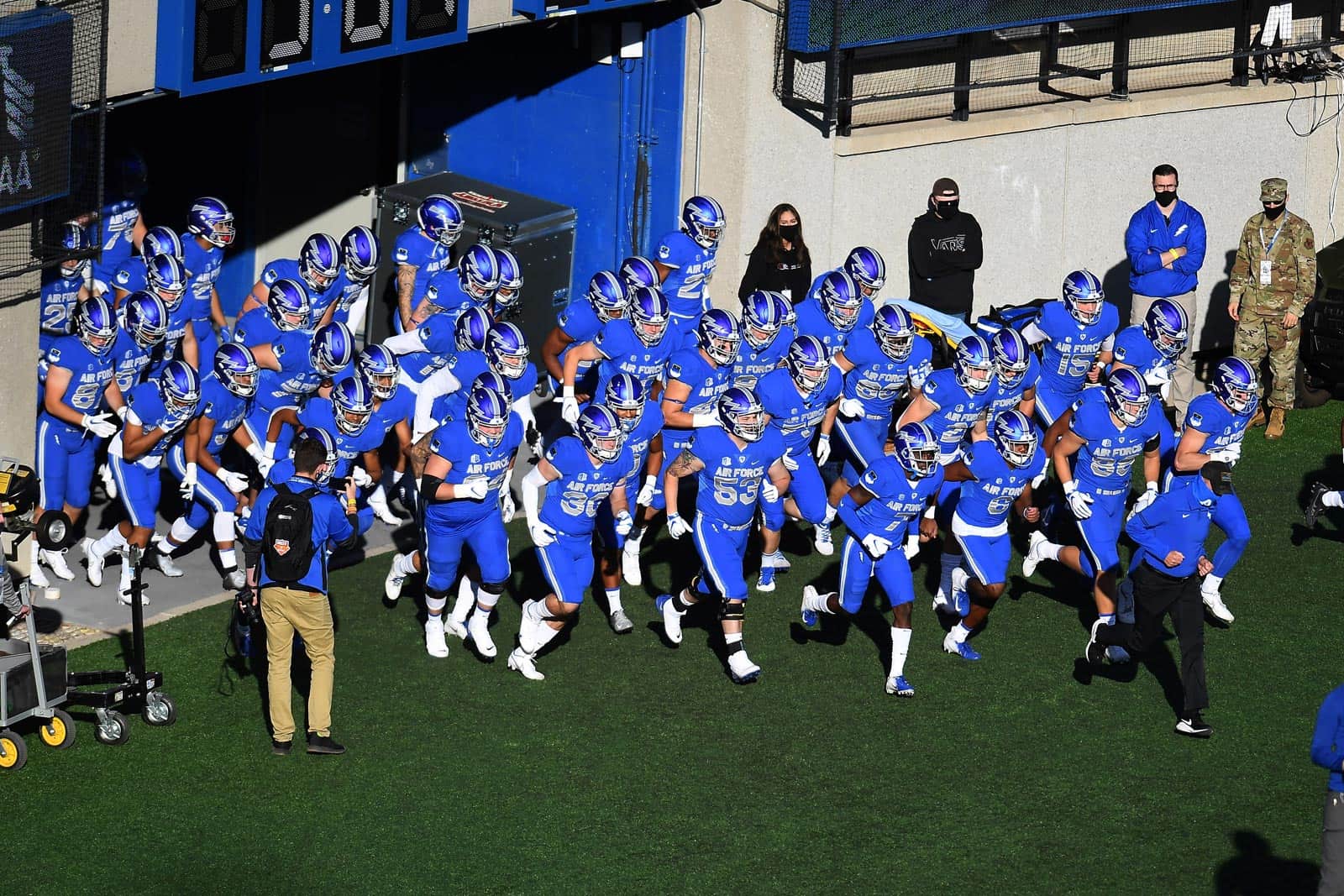 Air Force will play a home-and-home series with New Mexico State that will begin at Aggie Memorial Stadium in Las Cruces, N.M., on Sept. 9, 2023. The Falcons will host the Aggies two seasons later at Falcon Stadium in Colorado Springs, Colo., on Sept. 13, 2025, which will conclude the series.

The Air Force Falcons and Baylor Bears will also play a home-and-home series. The series will kickoff on Sept. 7, 2024 with the Falcons traveling to take on the Bears at McLane Stadium in Waco, Texas, before wrapping up with Air Force hosting Baylor at Falcon Stadium on Sept. 18, 2027.

Air Force and Duquesne, a member of the Northeast Conference in the Football Championship Subdivision (FCS), will play a single home game at Falcon Stadium on Sept. 5, 2026. The Falcons have also set dates for three home games against unannounced FCS opponents in 2024 (Aug. 31), 2025 (Aug. 30), and 2027 (Sept. 4).

“We are pleased to announce these important upcoming football games both home and away,” Pine said. “Our scheduling approach to a 5-year cycle will be a home-home series with a Power 5 opponent, a home-home series with a Group of 5 opponent and one high profile game on the road. When scheduling away opponents, we look to try to visit strategic recruiting regions, areas with strong alumni support, and schools with Air Force bases near them. The home FCS opponent on opening weekend annually is also an important institutional priority and gives the Academy the ability to ensure a home game to build Parent’s Weekend around following Basic Cadet Training. Football scheduling will always be a moving target and our success sometimes makes it challenging so we remain flexible while trying to ensure attractive home games for our local fans and great away games to best showcase Air Force Football nationally.”

Air Force also revealed today their playing dates for games against Army and Navy through the 2027 season. Below is a look at Air Force’s future non-conference football schedules: