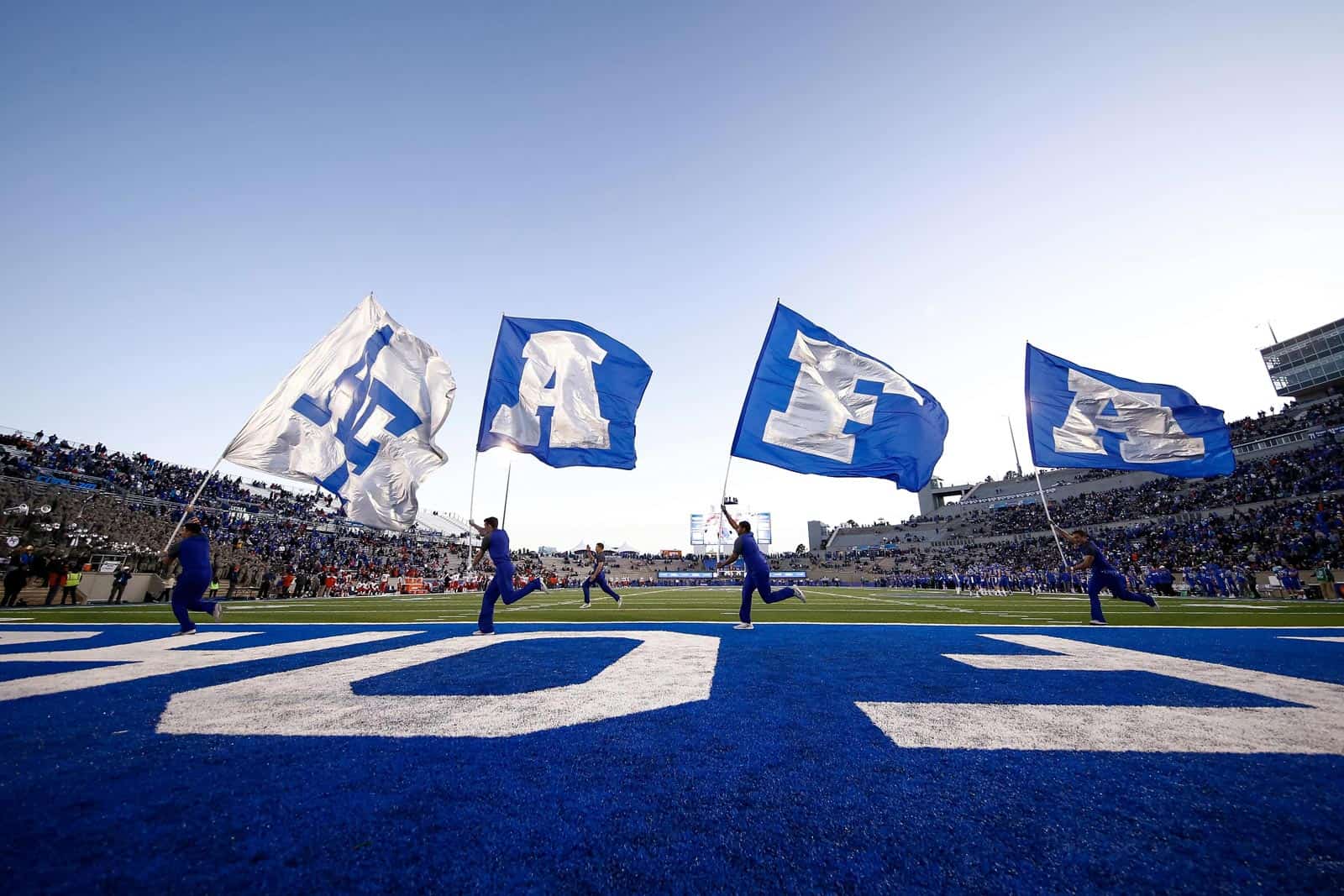 The Air Force Falcons have added the Duquesne Dukes to their 2020 football schedule, FBSchedules.com has learned.

Air Force will host the Duquesne Dukes at Falcon Stadium in Colorado Springs, Colo., on Saturday, Sept. 5, per the Air Force Academy Sports Information Department. The game will mark the first-ever meeting between the two schools on the gridiron.

Duquesne, located in Pittsburgh, Pa., is a member of the Northeast Conference (NEC) in the Football Championship Subdivision (FCS). The Dukes finished the 2019 season 6-5 overall and 4-3 in conference play.

The addition of Duquesne completes the non-conference football schedule for Air Force for the 2020 season. Other opponents scheduled for the Falcons include Navy at home (Oct. 3) and Purdue (Sept. 19) and Army (Nov. 7) both on the road.

The Mountain West Conference has not yet released their 2020 football schedule. However, Air Force does know who they will play and where. The Falcons will host Boise State, Colorado State, Hawaii, and New Mexico and will travel to Fresno State, San Jose State, Utah State, and Wyoming.

Air Force is the third known non-conference opponent for Duquesne in 2020. The Dukes are also scheduled to play at Youngstown State on Sept. 12 and at Coastal Carolina on Sept. 19.

With only eight eligible NEC members, Duquesne will again play a seven-game conference schedule in 2020. Based on last season’s schedule, the Dukes should host Bryant (already confirmed by Bryant’s schedule release), Robert Morris, and Sacred Heart and travel to Central Connecticut, LIU, Robert Morris, and Wagner.