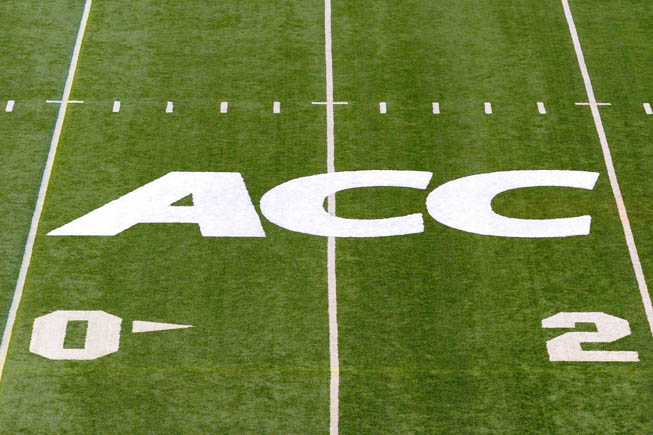 The ACC Spring meetings begin in Amelia Island, Florida this week, and one of the big topics of discussion will be the future scheduling format for the conference.

Currently, the ACC plays an eight-game conference schedule with six divisional games, one primary crossover opponent, and one rotating crossover opponent. Five ACC teams will also play the Notre Dame Fighting Irish each season, although that number is four in 2014 and six in 2015 due to scheduling issues.

According to Jeremy Fowler of CBSSports.com, the ACC is leaning towards keeping the eight-game plus Notre Dame format rather than switching to a nine-game conference schedule.

“Momentum seems to be going that way but a discussion and vote is a few days away,” UNC athletic director Bubba Cunningham said in a text to Fowler.

It’s easy to see why the ACC could stick with the eight-game format. With those eight games plus Notre Dame, teams such as Clemson and Florida State will be looking at a daunting schedule those seasons in which they play the Irish.

Keeping an eight-game schedule makes sense in that schools will be able to better control the other two non-conference games in years they play Notre Dame. On the other hand, teams that don’t play a power-five rival and aren’t playing Notre Dame could be required by the conference to schedule one.

If the ACC does keep the eight-game model, they’ll join the SEC as the only other power-five conference with that format. Last month, the SEC announced they were keeping their eight-game schedule but adding the requirement of at least one power-five non-conference game each season beginning in 2016.

The ACC meetings conclude on Thursday of this week, and it’s not currently known if or when a vote will take place on the scheduling issue. The league also plans to discuss scrapping or remaking the divisional structure and possible changes to the championship game.