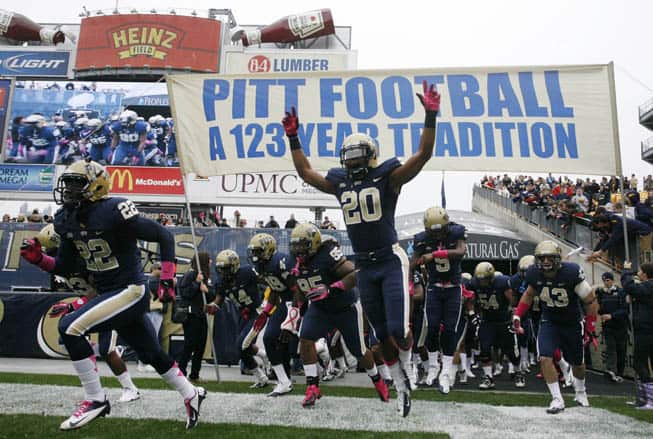 The ACC has announced their early season 2013 college football TV schedule, which now features 25 games on the ESPN networks.

Three ACC-SEC match-ups highlight the schedule during the first week. North Carolina at South Carolina kick things off on Thursday, Aug. 29 at 6 p.m. ET on ESPN. Then on Saturday, Aug. 31, Virginia Tech takes on Alabama in the Chick-fil-A Kickoff Game in Atlanta at 5:30 p.m. ET on ESPN. The night is capped off when Georgia visits Clemson at 8 p.m. ET on ABC.

The first ACC match-up is on Labor Day, Monday, Sept. 2 when Florida State travels to face new member Pittsburgh. The game will be televised by ESPN at 8 p.m. ET.

The 2013 Dr. Pepper ACC Championship Game will kickoff at either 7:45 or 8 p.m. ET and will be televised by ABC or ESPN.

Listed below are the ACC games have been selected for television as of May 23:

Where is the Georgia Tech at BYU game?