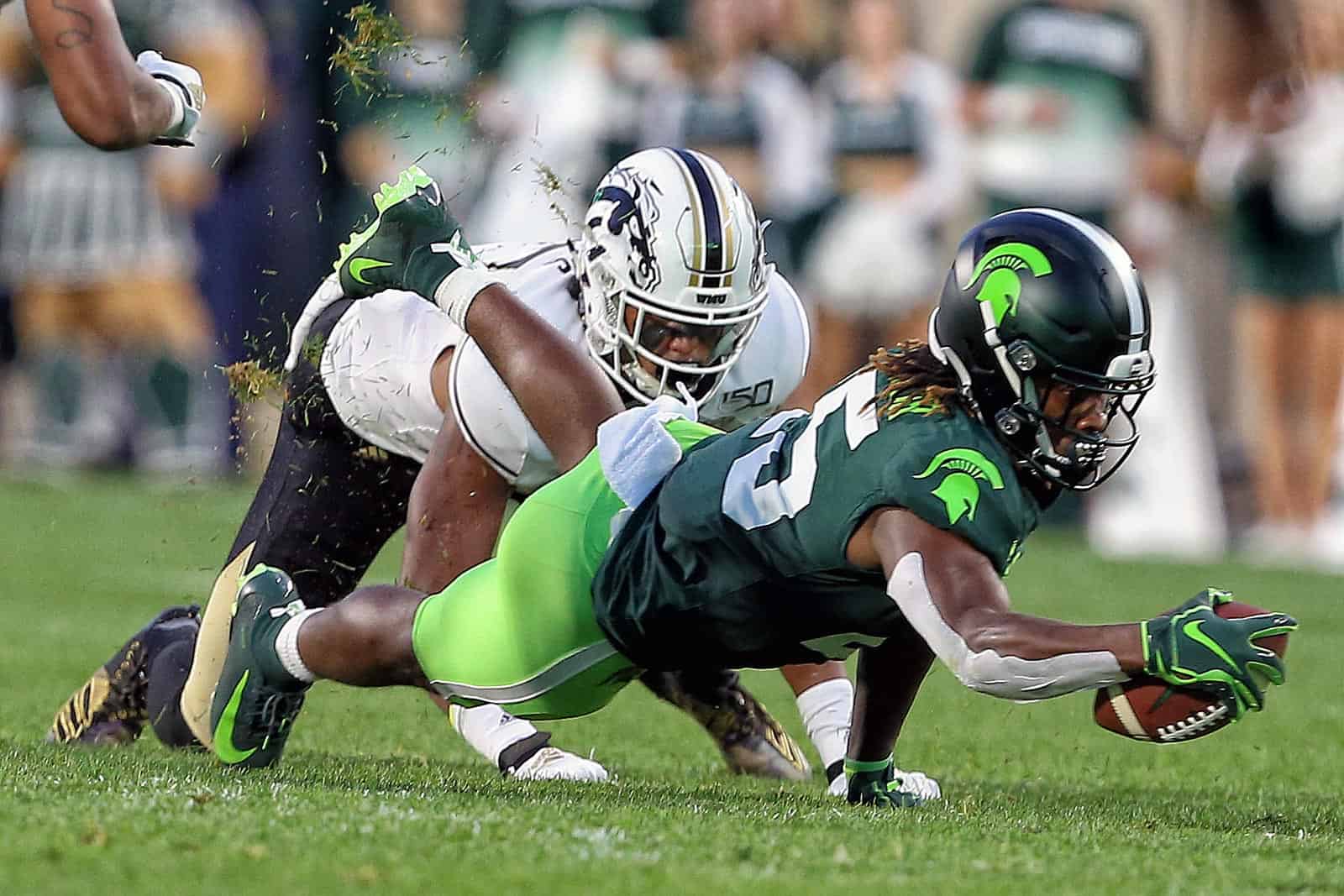 The 2022 Western Michigan Broncos at Michigan State Spartans football game has been moved to Friday, both schools have announced.

The Western Michigan-Michigan State game, originally scheduled for Saturday, Sept. 3, will now be played on Friday, Sept. 2, at Spartan Stadium in East Lansing, Mich. The game will likely be televised nationally with exact plans to be revealed this summer.

Western Michigan and Michigan State first met on the gridiron in 1908 and have squared off a total of 16 times. The Spartans have won 12 consecutive games against the Broncos, most recently in a 51-17 decision in 2019 in East Lansing, and now lead the overall series 14-2.

The Western Michigan-Michigan State contest will be the 2022 season-opener for both schools.

In other non-conference action in 2022, Western Michigan is scheduled to host the Pitt Panthers on Sept. 17, travel to face the San Jose State Spartans on Sept. 24, and host the New Hampshire Wildcats on Oct. 1.

Michigan State’s non-conference slate in 2022 also includes a home game against the Akron Zips on Sept. 10 and a road game at the Washington Huskies on Sept. 17.