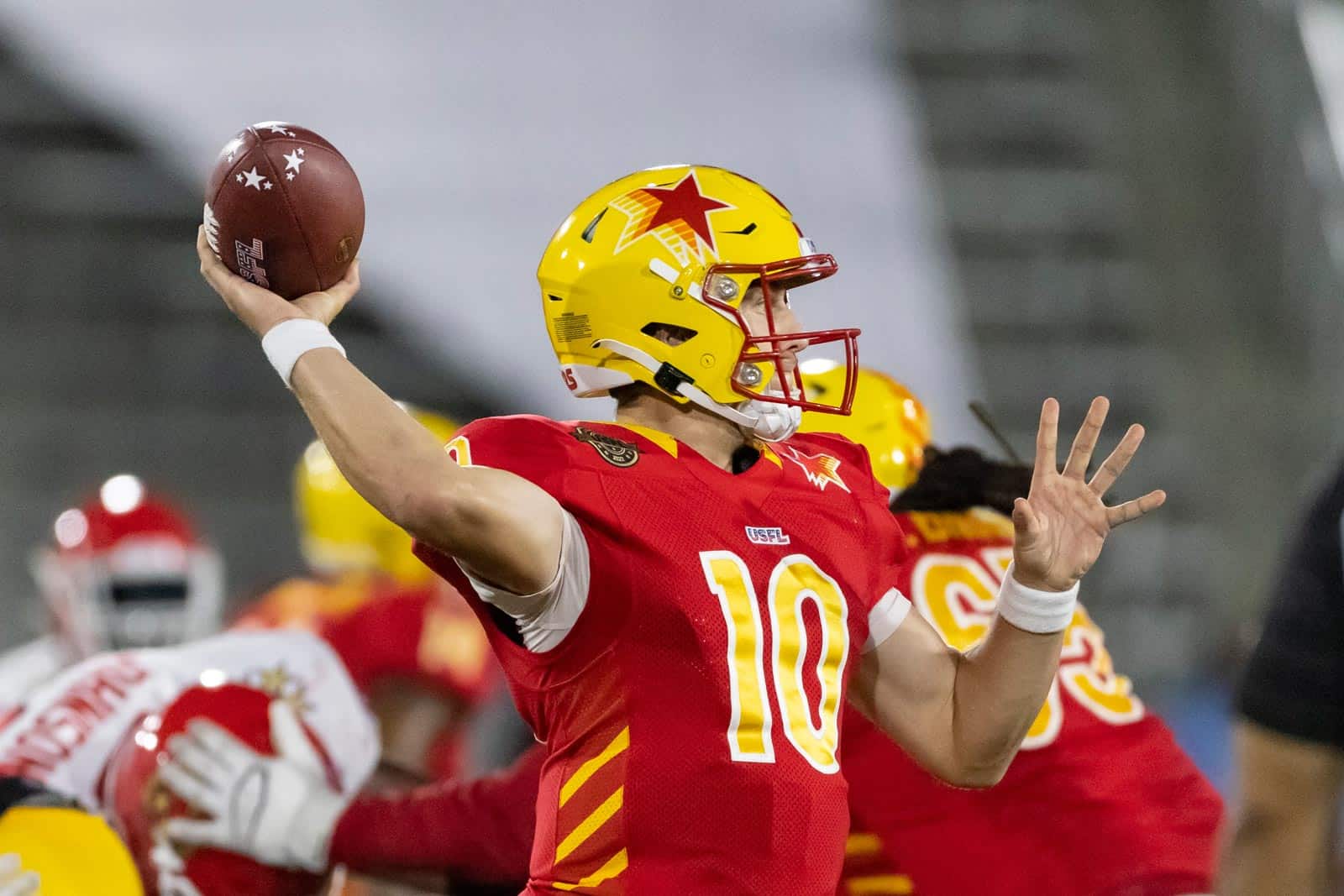 Week 4 of the 2022 USFL Schedule kicks off on Friday, May 6 with the Michigan Panthers taking on the Philadelphia Stars.

Week 4 action continues on Saturday, May 7 with two contests, both at Protective Stadium. The Pittsburgh Maulers (0-3) and New Jersey Generals (2-1) get the action started at 2:30pm ET / 1:30pm CT with live streaming coverage via Peacock. Later at 7:00pm ET / 6:00pm CT, the Birmingham Stallions (3-0) take on the Tampa Bay Bandits (2-1) and the game will be televised by FOX.

The New Orleans Breakers (2-1) and Houston Gamblers (1-2) wrap up the Week 4 slate of games on Sunday, May 8 at 3:00pm ET. The game will be televised by NBC and streamed by Peacock live from Protective Stadium.

Below is the complete USFL schedule for Week 4 of the 2022 season (all times Eastern).

Great game between the Stars and Panthers.
I’ve watch every game so far and it been pretty good football. Any football is better than no football.