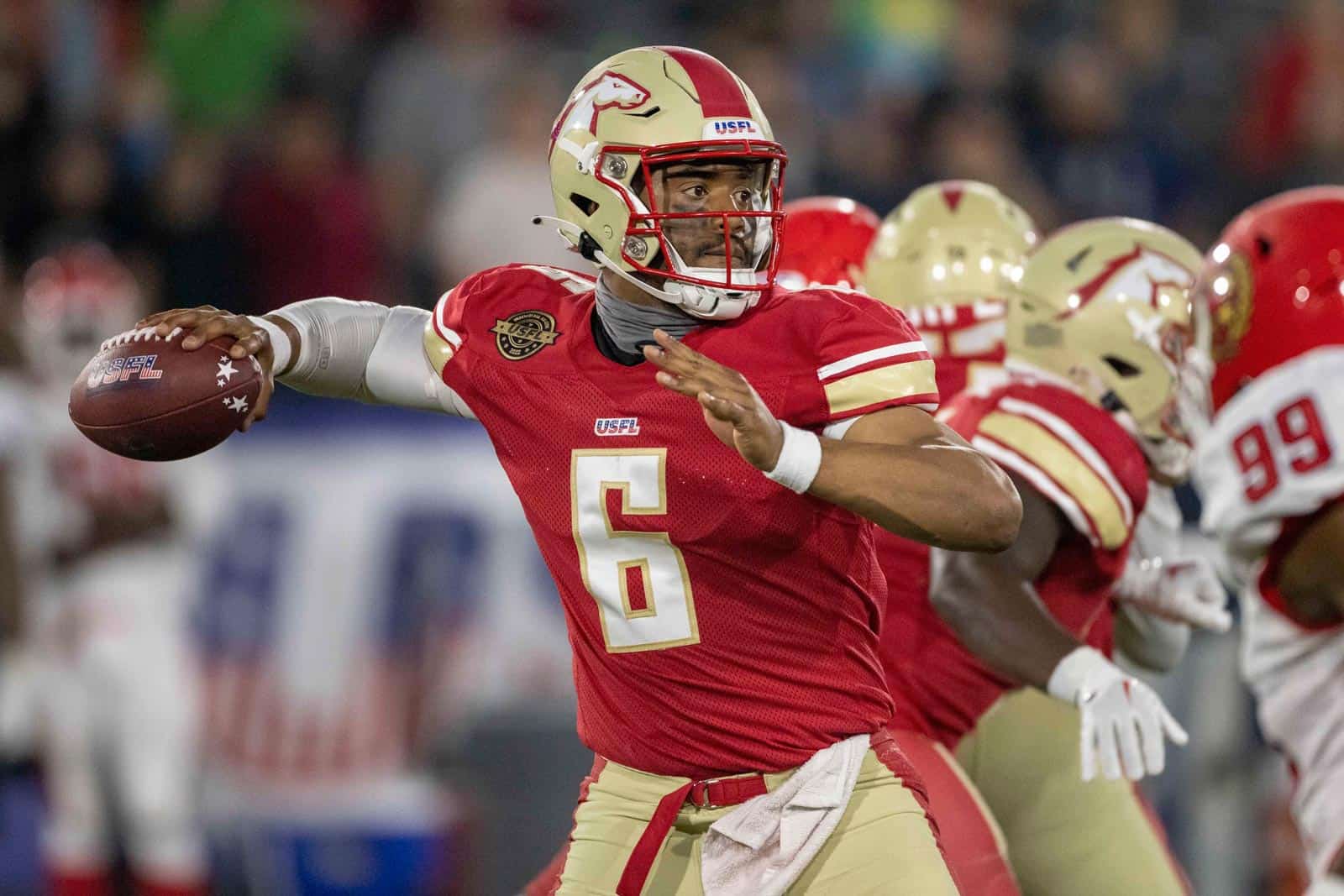 Week 3 of the 2022 USFL Schedule kicks off on Saturday, April 30 with a doubleheader in South Division action.

The North division takes center stage on Sunday, May 1, with two games, both at Protective Stadium. The Pittsburgh Maulers (0-2) and Michigan Panthers (0-2) get the action started at 2:30pm ET / 1:30pm CT with television coverage on USA. Later at 8:00pm ET / 7:00pm CT, the New Jersey Generals (1-1) tee it up against the Philadelphia Stars (1-1) and the game will be carried on NBC and streamed over Peacock.

Below is the complete USFL schedule for Week 2 of the 2022 season (all times Eastern).

I LOVE THE USFL!

Got so sick of the politics in the NFL that I totally quit watching it.
Such a refreshing relief to watch these PROFESSIONALS play this game because they love it and keep the politicking out of it .

Hope they will all be USA LOVING FOOTBALL PLAYING , NO KNEELING and GOD FEARING MEN OF THIS GREAT COUNTRY WE LIVE IN.