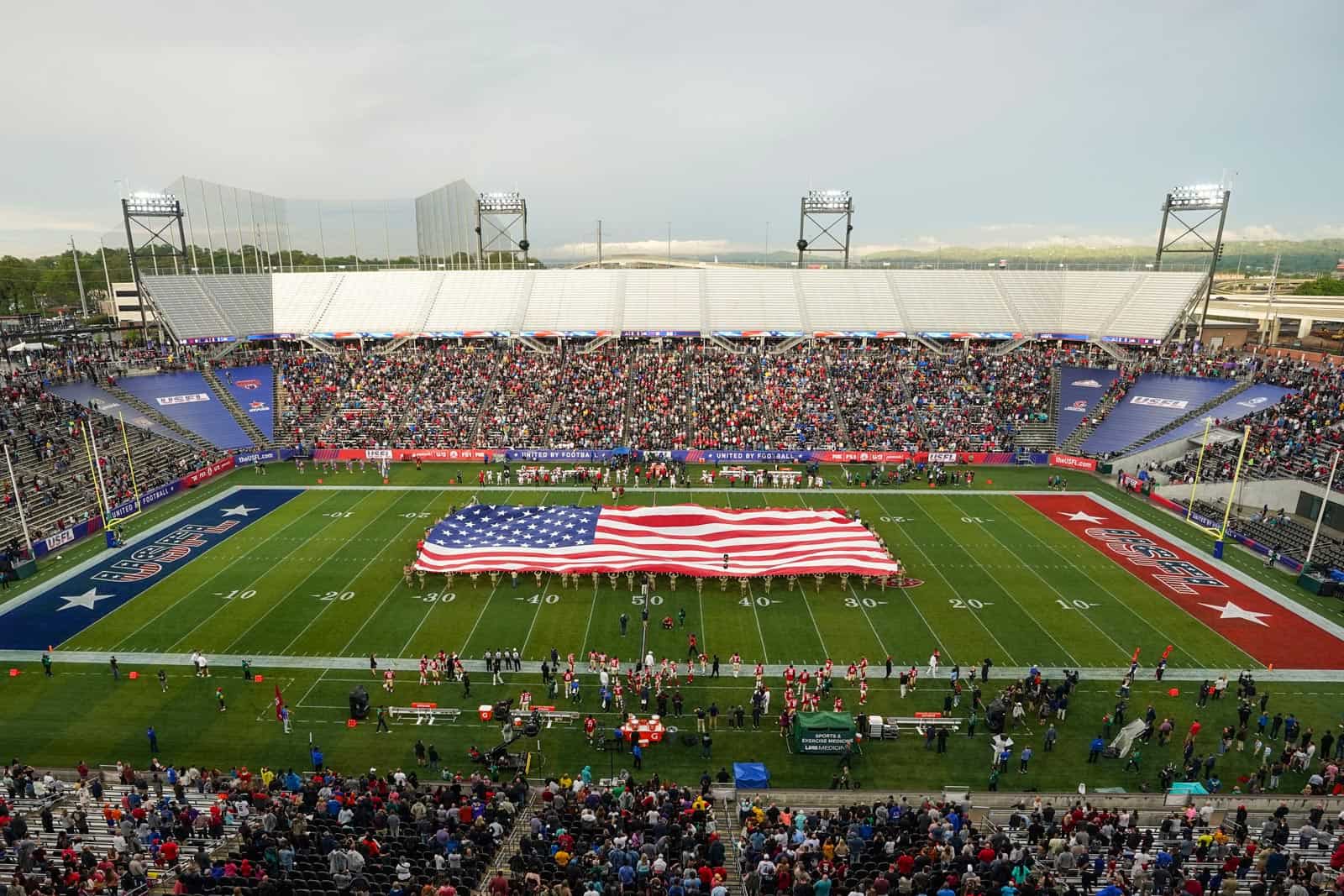 The 2022 USFL Schedule kicked off on Saturday, April 16 with the Birmingham Stallions defeating the New Jersey Generals 28-24.

In Sunday’s action, the Houston Gamblers defeated the Michigan Panthers 17-12 while the New Orleans Breakers toppled the Philadelphia Stars 23-17. All three games were played at Protective Stadium in Birmingham, Ala.

The Sunday night contest, scheduled for 8:00pm ET, was set to feature the Tampa Bay Bandits and the Pittsburgh Maulers. However, the game was postponed due to weather in Birmingham.

Tampa Bay and Pittsburgh will now play at Protective Stadium on Monday, April 18 and the game will be televised by FS1 at 7:00pm ET.

The inaugural season of the USFL schedule will consist of ten weeks with four games each week, with all games played in Birmingham, Ala. The regular-season will conclude on Sunday, June 19.

Following the regular-season, the USFL Playoff Schedule begins on Saturday, June 25 with the top two teams in each division squaring off in semifinal contests. Winners of the two semifinal games will advance to the 2022 USFL Championship Game, which will be played on Sunday, July 3. All playoff games this season will be played at Tom Benson Hall of Fame Stadium in Canton, Ohio.

Below is the complete USFL schedule for Week 1 of the 2022 season (all times Eastern).

I live in Birmingham and it said the game was sold out WTF.

We wanted to attend the game tonight.

I love watching the USFL.