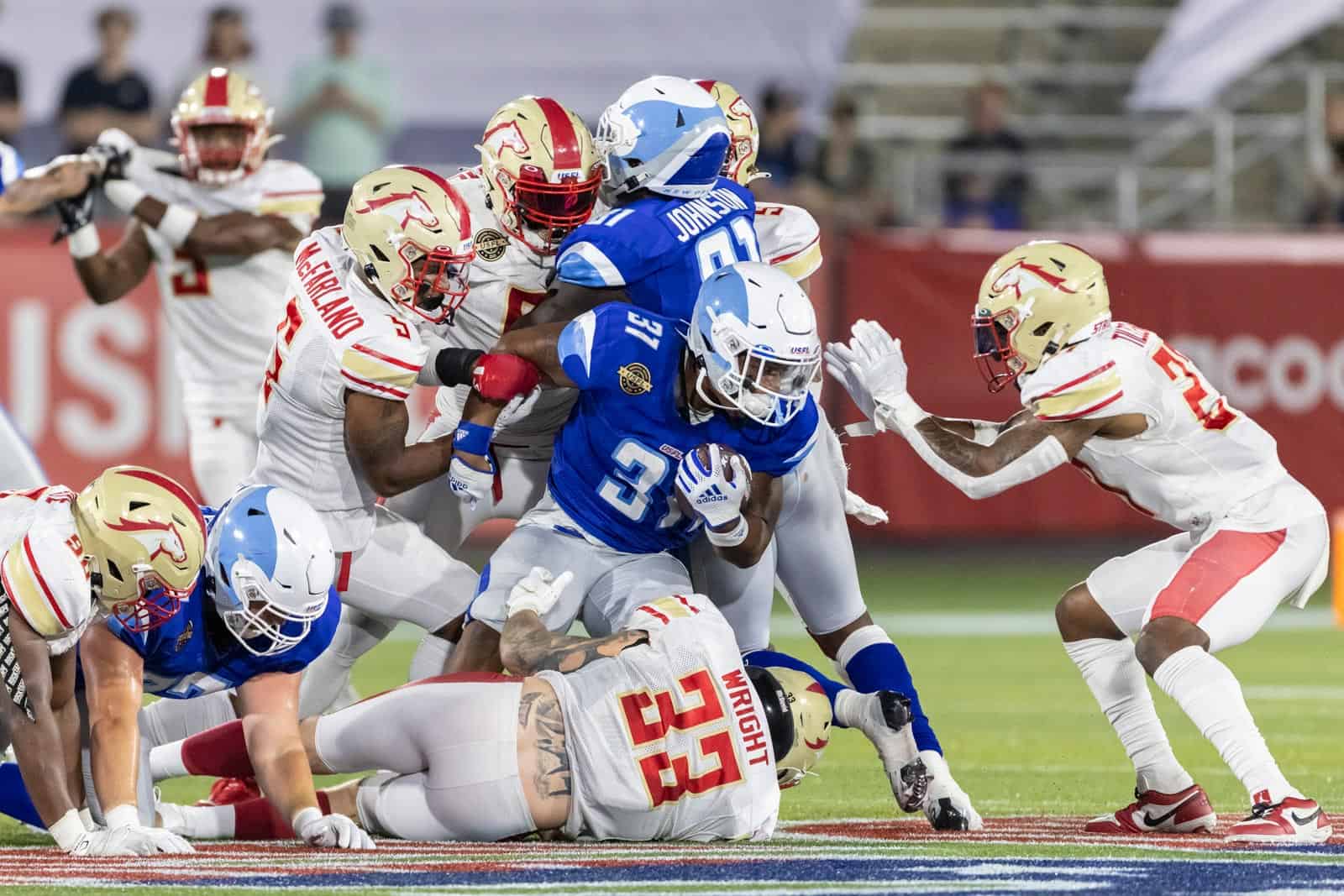 Kickoff times and TV for Week 5 of the 2022 USFL Schedule have been set by the league, according to an announcement on Monday.

Protective Stadium in Birmingham, Ala., will again host all four USFL games during Week 5. The action will get underway on Friday, May 13 with the Tampa Bay Bandits hosting the Michigan Panthers hosting and the game will be televised by the USA Network at 8:00pm ET.

One matchup is slated for Saturday, May 14. That contest features the New Jersey Generals hosting the New Orleans Breakers at 3:00pm ET with television coverage on FOX.

Week 5 action in the USFL concludes on Sunday, May 8 with a pair of contests, beginning at noon ET on NBC with the Philadelphia Stars hosting the Birmingham Stallions. The week concludes with the Houston Gamblers hosting the Pittsburgh Maulers at 4:00pm ET and the game will be televised by FOX.

I don’t cover TV viewership numbers. You may just need to search it out.