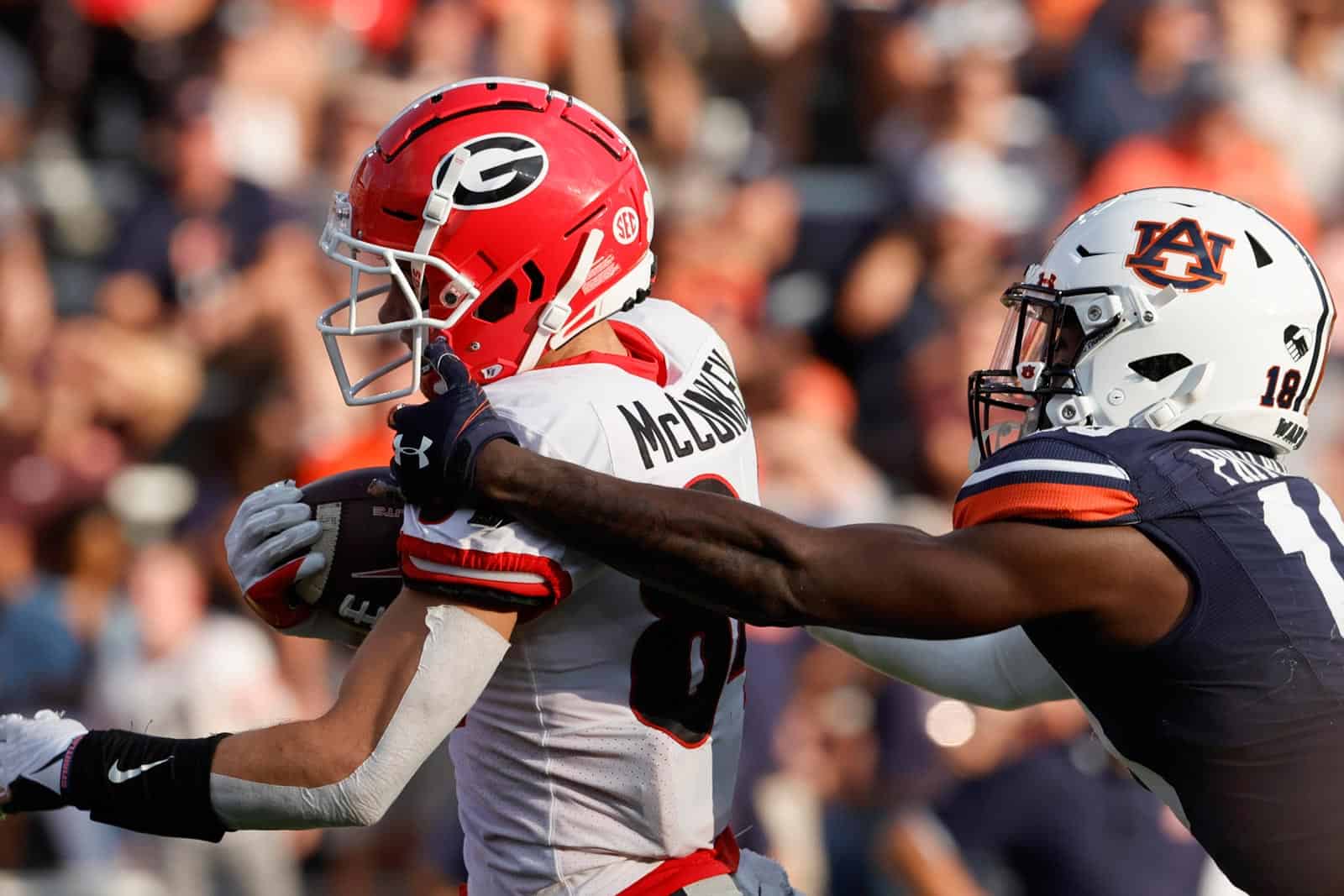 2022 SEC Football Predictions, Week 6 begins with not one, not two, but three conference contests kicking off at noon Eastern. Get you some of those 9am beers, LSU fans!

The best game of the day will be in Baton Rouge, Louisiana, and it kicks off before lunch. This one has overtime written all over it.

I really do love the Arkansas program under Sam Pittman, but Ol’ Pirate Booty Leach has some mighty lads in Starkville this season. LSU’s victory over MSU looks more impressive each week.
PREDICTION: Mississippi State 37, Arkansas 27

Bryan Harsin won’t lost much longer at Auburn, but his players haven’t quit. This game will probably be a little boring because Auburn will do enough to keep Georgia from blowing them out from the opening bell. Auburn will never be in the game, but Georgia fans may feel a little dissatisfied after another uncharacteristic performance from the Dawgs.
PREDICTION: Georgia 26, Auburn 6

Kentucky doesn’t have much of a running game, but Will “I’ve Got The 501 Blues” Levis is a legit quarterback. South Carolina is still a year or two away from being consistently good week in and week out. The Wildcats get a much-needed victory at home in front of a sea of blue.
PREDICTION: Kentucky 24, South Carolina 13

I wrote that CBS is probably mad because it blew its one primetime selection on another disappointing Texas A&M team. Then A&M went off, queen. I’ll say the same thing for this season’s matchup. It’ll be fun to see if Nick Saban tries to score 70 or if he’ll be satisfied with receiving the Texas state championship trophy at the conclusion of the game.

It doesn’t matter if Alabama trots out Bryce Young, Jalen Milroe, or Freddie Kitchens Saturday night. The Aggies will not make it out of Bryant-Denny Stadium alive Saturday night.
PREDICTION: Alabama 56, Texas A&M 0

Tennessee by 2 in OT? Now that’s a crazy prediction!