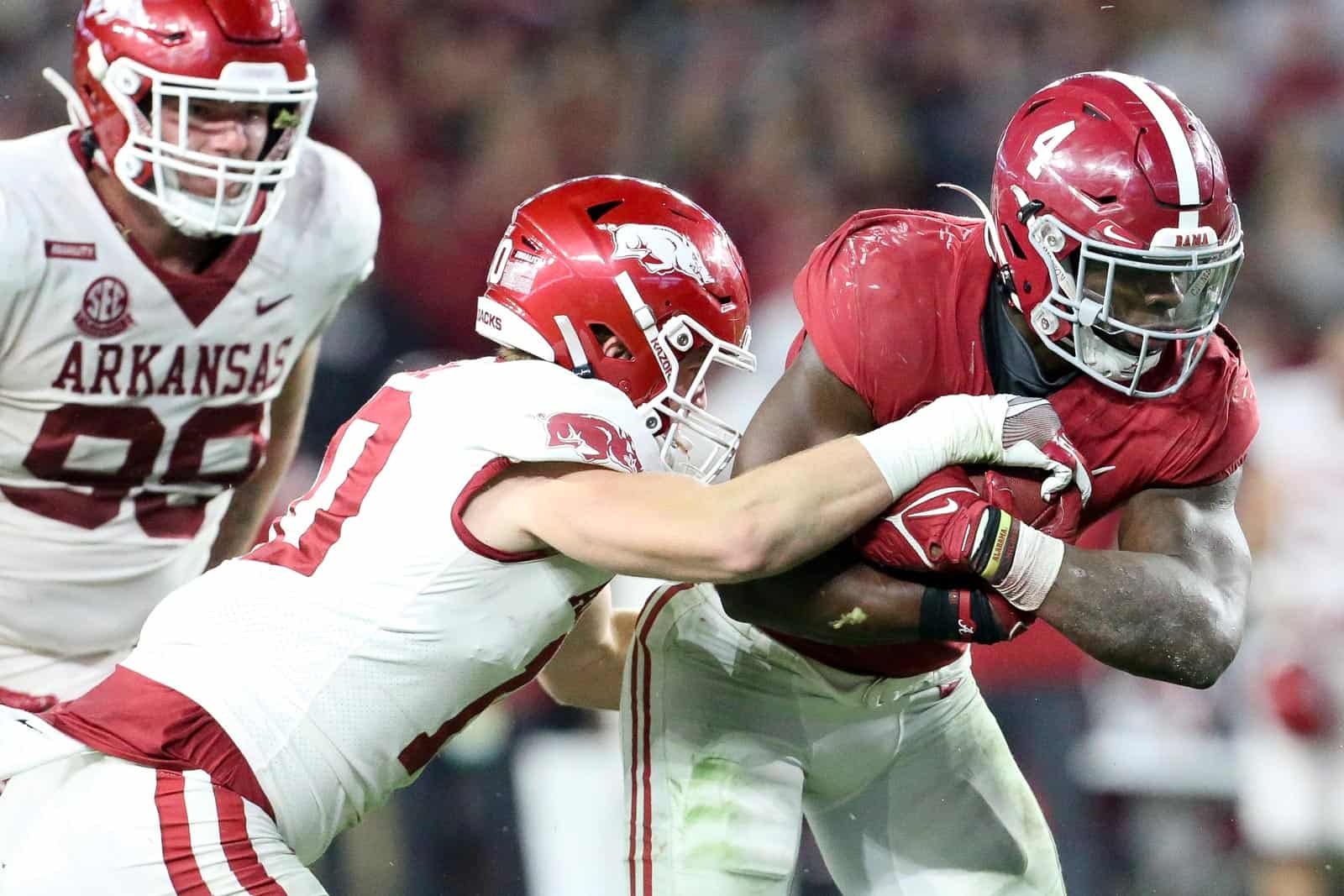 Also, don’t forget, Eastern Washington at Florida was moved Sunday due to Hurricane Ian. And as expected, South Carolina easily defeated South Carolina State, 50-10, in a game that was moved from Saturday to Thursday night.

The Hogs should be 4-0, but the potential game-winning field goal bounced off the top of the upright. Arkansas literally beat Texas A&M in every single statistical category other than where it matters most. There are no wins awarded for beating a team everywhere but the scoreboard.

This game could resemble Alabama’s trip to Austin in Week 2, but I just don’t think the ‘Tide will allow anyone to sneak up on them and be meaner and tougher again this season.
PREDICTION: Alabama 38, Arkansas 10

Mississippi State won’t be allowing kicks to hit the top of the upright in Starkville. I wouldn’t bet my house on this result, but I won’t be surprised if Mike Leach has a little something for Jimbo and the Aggies.
PREDICTION: Mississippi State 31, Texas A&M 23

Auburn contributed nothing in the two plays that gave them the overtime win last Saturday over Missouri. Like, seriously. Auburn watched the usually reliable Missouri place thicker miss a game-winning field goal from all of 26 yards out to send the game to overtime. Then, while preparing to mourn the loss as Missouri was about to cross the goal line for victory, the ball carrier tried to switch hands and extend the ball for the touchdown, but fumbled instead and the ball went out of the end zone and out of bounds for a touchback. The Missouri player was literally never tackled. He just fumbled.

I don’t think LSU has enough bad plays in them to give Auburn another win.
PREDICTION: LSU 34, Auburn 13

Georgia gave up 22 points to Kent State. Time for everyone to write off the Bulldogs.
PREDICTION: Georgia 56, Missouri 6

Well. Here we are. Florida won the huge opener against Utah and has been pretty average since. Granted, Anthony Richardson was throwing the ball like he was Peyton Manning in Neyland Stadium last Saturday afternoon. The Gators will get win number three Sunday in a game pushed back due to Hurricane Ian.
PREDICTION: Florida 34, Eastern Washington 13

“Mississippi State won’t be allowing kicks to hit the top of the upright in Starkville.”