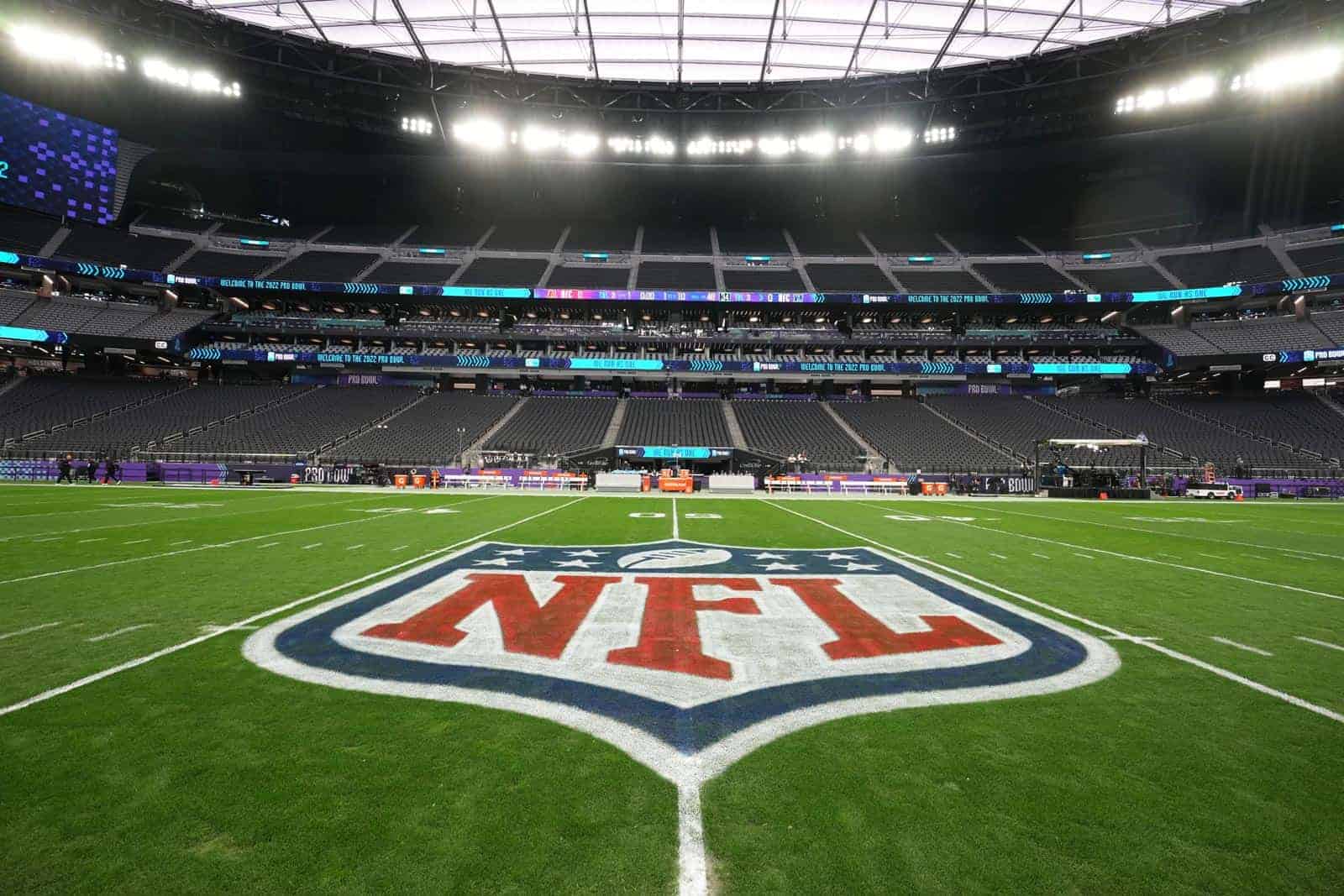 The 2022 NFL Schedule has officially been released. Regular season football kicks off on Thursday, September 8 with the Los Angeles Rams hosting the Buffalo Bills.

Sunday Night Football in Week 1 will feature the Dallas Cowboys hosting the Tampa Bay Buccaneers. The game is set for Sunday, Sept. 11 at 8:20pm ET on NBC.

The first Monday Night Football matchup of the 2022 NFL schedule, announced earlier today, features the Denver Broncos traveling to play the Seattle Seahawks. The game will be broadcast by ESPN and ABC at 8:20pm ET.

The 2022 NFL Playoff Schedule is slated to begin on Saturday, Jan. 14, 2023 with the Wild-Card Round. Super Bowl LVII is scheduled for Sunday, February 12, 2023 and the game will be played at State Farm Stadium in Glendale, Ariz.

On Thursday, August4, the 2022 NFL Preseason Schedule kicks off with the Las Vegas Raiders taking on the Jacksonville Jaguars in the NFL/Hall of Fame Game at Tom Benson Hall of Fame Stadium in Canton, Ohio.

Below is information on flexible scheduling and other date changes this season:

Tickets for the 2022 NFL season are now on sale. You can buy your NFL Tickets via our partner  (we may make a small commission which helps support the site).