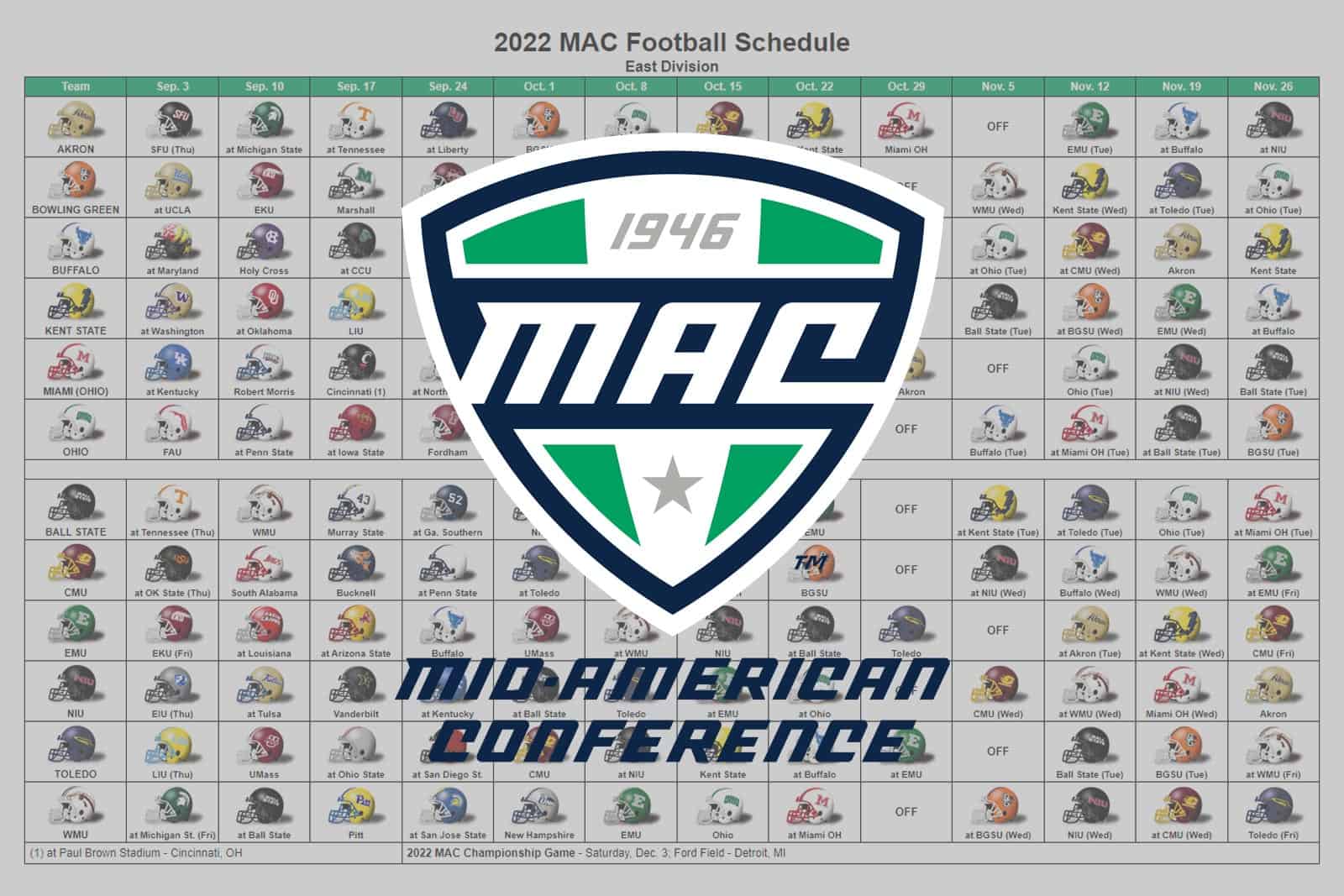 The 2022 MAC Football Helmet Schedule is now available. The PDF schedule features the team helmets, date, and opponent for each MAC team.

The 2022 season gets underway for the MAC on Thursday, Sept. 1 with five members in action. The action begins at 6:00pm ET with Akron hosting Saint Francis U. Three more games kickoff at 7:00pm ET — Central Michigan at Oklahoma State, Ball State at Tennessee, and LIU at Toledo. The evening is capped off with Northern Illinois hosting Eastern Illinois at 8:00pm ET.

The remaining five MAC members begin their seasons on Saturday, Sept. 3 — Buffalo (at Maryland), Bowling Green (at UCLA), Ohio (vs. Florida Atlantic), Miami (at Kentucky), and Kent State (at Washington).

The 2022 MAC Football Championship Game will be played on Saturday, Dec. 3 at Ford Field in Detroit, Mich. The game is set for a noon ET kickoff with television coverage on ESPN.

How can 6 oHIo State Schools gain Traction in the 2022 Season VS the B1G Buckeye Machine?

How can the 6 State of oHIo Schools not named The oHIo State Uni. become visible to the Midwest college football Fan?

Will One of these Programs challenge N. IL Huskies & some recent MI Schools for the outright 2022 Season Championship? A. No losses B. 1 loss C. Top 25 Ranking.