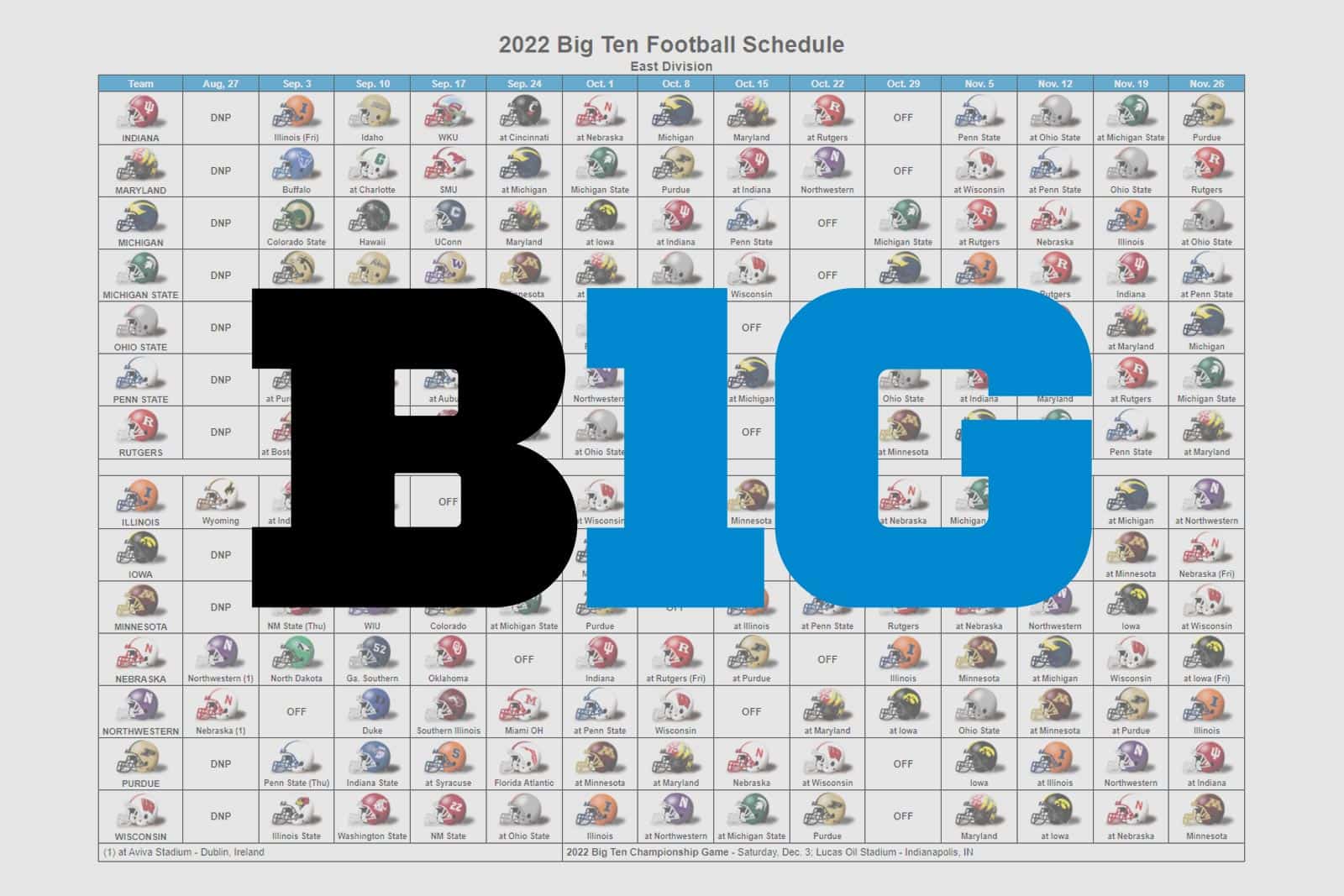 The 2022 season gets underway for the Big Ten in Week Zero on Saturday, Aug. 27 with two contests. The Nebraska Cornhuskers take on the Northwestern Wildcats at Aviva Stadium in Dublin, Ireland, while the Illinois Fighting Illini host the Wyoming Cowboys.

The remaining teams open their season on Saturday, Sept. 3, which is highlighted by Ohio State hosting Notre Dame in a non-conference contest.

The 2022 Big Ten Football Championship Game is set for Saturday, Dec. 3 at Lucas Oil Stadium in Indianapolis, Indiana. The game will be televised by FOX at 8:00pm ET.

Helmet schedules for the ACC, Big 12, and SEC have already been released. The remaining conference helmet schedules will be published in the coming days.