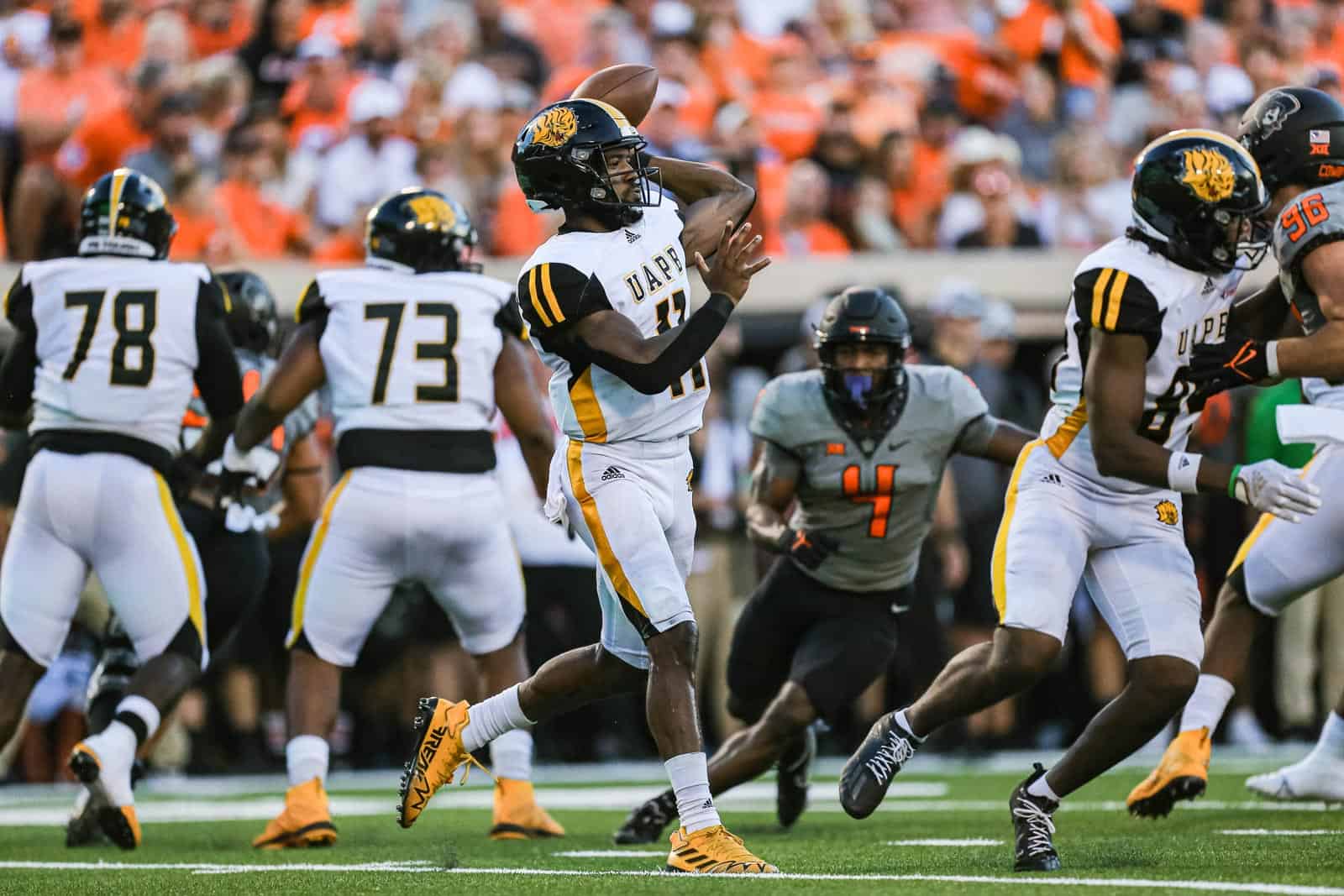 The two schools were scheduled to play in the St. Louis River City HBCU Football Classic at The Dome at America’s Center in St. Louis. Mo., on Sunday, Oct. 16. The Golden Lions will now host the Bulldogs at Simmons Bank Field in Pine Bluff, Ark., on the same date. Kickoff is scheduled for 4:00pm ET / 3:00pm CT.

According to UAPB Director of Athletics Chris Robinson , the game was moved due to “…unfulfilled contractual obligations by the organizers of the St. Louis Classic.” As a result, both schools were left with “…serious uncertainty about the game’s venue, transportation, housing accommodations and whether other agreed-upon expenses would be covered.”

“We are thankful to our university administration and athletics department staff for quickly pivoting to ensure we are able to host Alabama A&M so that fans can still see this matchup between the football teams and experience our band and the excitement of our cheer squads,” Robinson said. “We were excited about taking our team, band, cheer squads and fans to St. Louis and hope that we’re able to do so in the near future.”

The organizers of the St. Louis River City HBCU Football Classic have not released a statement, but their official website does state that the game has “changed its location.”

“Although we are disappointed at not being able to participate in the St. Louis HBCU River City Classic, we are excited to be back on the campus at the University of Arkansas at Pine Bluff,” said Alabama A&M Director of Athletics, Paul Bryant.

Television coverage for the relocated Alabama A&M-Arkansas-Pine Bluff has not yet been announced.

” Oh, we got trouble………right here in River City……with a capital T and that rhymes with P, and that stands for……..Pine Bluff! ” I wonder if we’ll ever know what went
” ka-plooey ” here??

Kevin Kelley,
In My Opinion, Bama A&M VS Arkansas Pine Bluff are safer off & Fans will have a Non gritty City experience in Pine Bluff, AR.

I wouldn’t go near her unsafe policies for residents & visiting ordinary Folks.