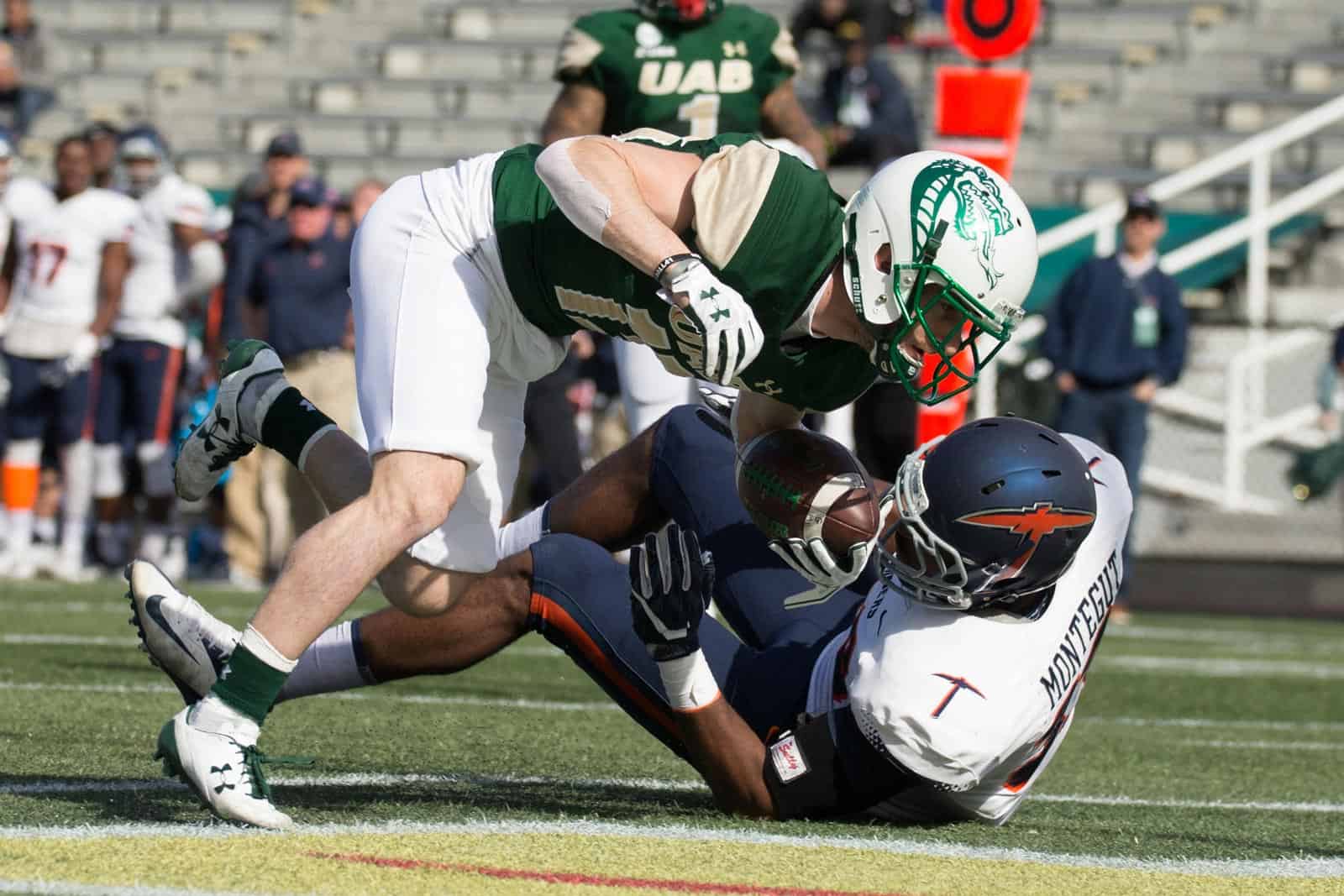 The 2021 UTEP Miners at UAB Blazers football game has been moved to Friday, both schools have announced.

The UTEP-UAB game, originally scheduled for Saturday, Nov. 27, will now be played on Friday, Nov. 26, at Protective Stadium in Birmingham, Ala. The game will be broadcast live via an ESPN network to be announced at 2:00pm ET/1:00pm CT.

UTEP and UAB first met on the gridiron in 2005 and have squared off a total of seven times. The Blazers have won five consecutive games against the Miners, most recently a 37-10 decision in 2019 in Birmingham, and now lead the overall series 6-1.

UTEP is scheduled to open the fall 2021 season in Week Zero on Saturday, Aug. 28 on the road against New Mexico State. Other non-conference opponents for the Miners this season include Bethune-Cookman and New Mexico at home and Boise State on the road.

In Conference USA action in 2021, the Miners are scheduled to host Old Dominion, Louisiana Tech, UTSA, and Rice and travel to Southern Miss, Florida Atlantic, and North Texas, in addition to the UAB contest.

UAB is slated to open their season on Wednesday, Sept. 1 against Jacksonville State in the Montgomery Kickoff  at the Cramton Bowl in Montgomery, Ala. The Blazers will also travel to play Georgia and Tulane and host Liberty in non-conference action.

Conference USA home opponents for UAB in 2021 include Florida Atlantic, Rice, and Louisiana Tech, to go along with the rescheduled UTEP contest. The Blazers will travel to play North Texas, Southern Miss, Marshall, and UTSA.