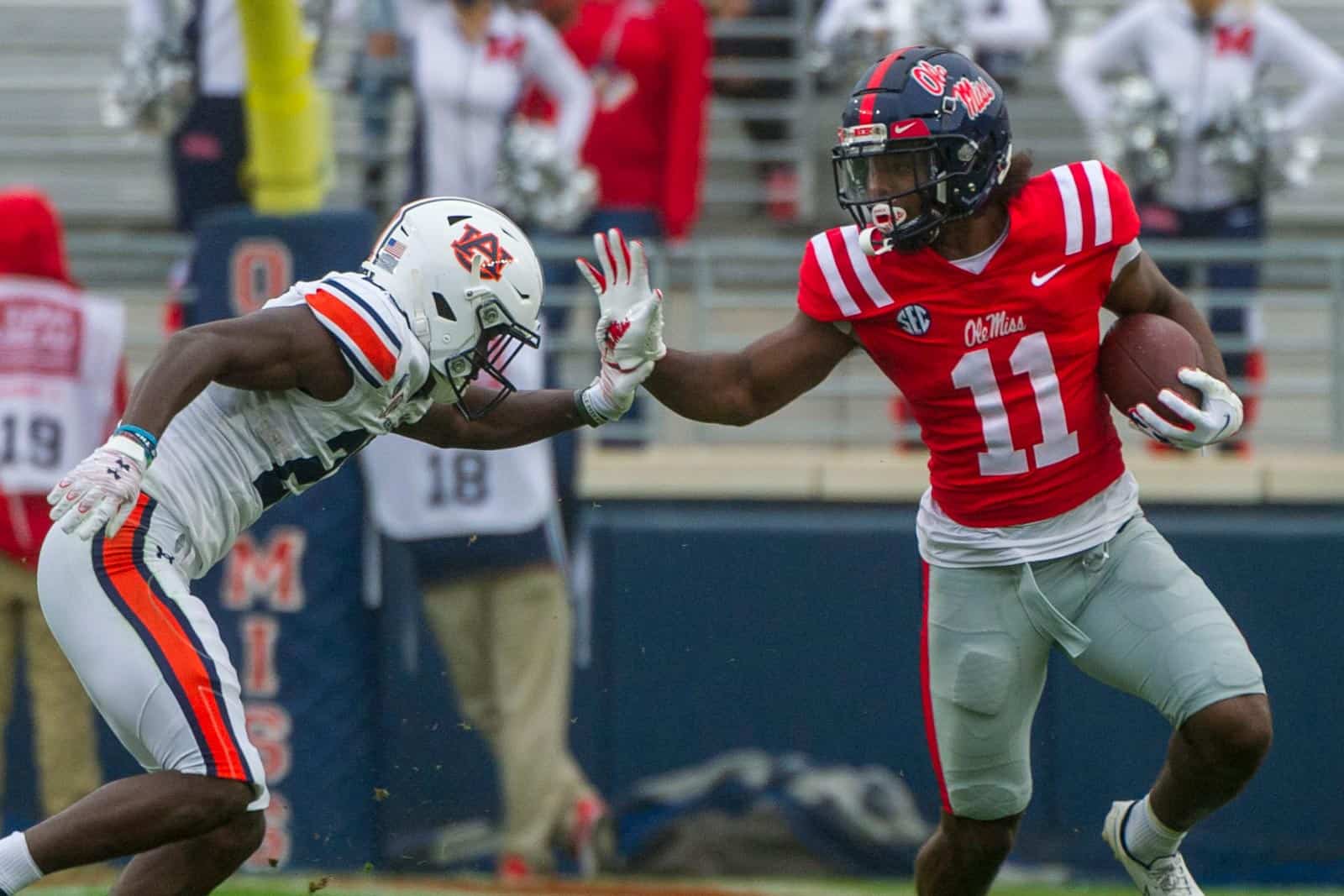 Vanderbilt has been pretty bad in 2021, but they have won two games and lost to South Carolina on the road on the last play of the game. I want to give the Commodores a home victory on West End in Nashville, but I think Missouri is a little better.

It’s only been a little over a month since Florida was a two-point conversion short of tying Alabama and potentially sending the game into overtime. The Gators have since lost two additional conference games and appear to be no match for the unanimous No. 1 Georgia Bulldogs.

There are two areas in college football that you can almost feel certain will never waver (and one actually overlaps the other).

I write all that about defenses and the line of scrimmage to say, Georgia has both of these and their cup runneth over. Because of that, my predictions involving the Dawgs each and every week are going to appear very similar. This week is no different.

See No. 1 and No. 2 about the “two areas in college football that you can almost feel certain will never waver” in the Geogria-Florida prediction. Kentucky checks the boxes when it comes to these two areas and that is why fans in Lexington are in the midst of an amazing identity crisis. Football at Kentucky is becoming consistently successful and it is becoming that way because the Wildcats are no longer only as good as the talent at skilled positions would allow. They are good on defense (not to the level of Georgia, but they are consistently good). They are good at the line of scrimmage. When you are good at both of those things, you can find yourself looking at a chance to be 7-1 heading into November.

It won’t be a pretty win, but it will be a win and the Wildcats will take that heading into the matchup with Tennessee.

This may be the best game of the day. I thought the same thing about Ole Miss-LSU last week, but Auburn is doing what Auburn does and that is peaking at the right time. They are also doing it quietly because they lost to Penn State and Georgia as well as barely escaped Georgia State. Coming off a big win at Arkansas two weeks ago, it seems like the Tigers may just be ready to completely fly up the SEC West ointment.

An Auburn win will put Tigers in full control of their own destiny (I know, it’s an overused and oxymoronic phrase, but anyone who writes or talks about college football is required to reference it at least five times in a given season) headed into the month of November. Auburn has conference games remaining against Texas A&M, Mississippi State, South Carolina, and Alabama. That Alabama game, by the way, is at home. A place Alabama hasn’t won since Derrick Henry was still playing for the ‘Tide.

Oh yeah. And Ole Miss is ranked in the top ten and might possibly be in the best position they’ve been in to win the West since that same year that Derrick Henry was still playing for Alabama. The NCAA should have been able to strip Hugh Freeze and the Rebels of their first ever SEC West division title and possibly first SEC Championship since color T.V. in 2015, but that moment was stolen because of the greatest play in Alabama football history — when Arkansas’ tight end threw the ball behind him on 4th and 25 in overtime to keep the play alive. The ball bounces directly into the hands of the running back and he runs for a first down. If Ole Miss stops the Hogs on that play, it’s the Rebels playing in the national championship game against Clemson instead of Alabama. But instead of having a possible national title taken away by the NCAA, the Rebels were only able to forfeit scholarships.

Which team controls their own destiny heading into November? My prediction says Auburn. Grab your nachos. It’s going to be a classic.