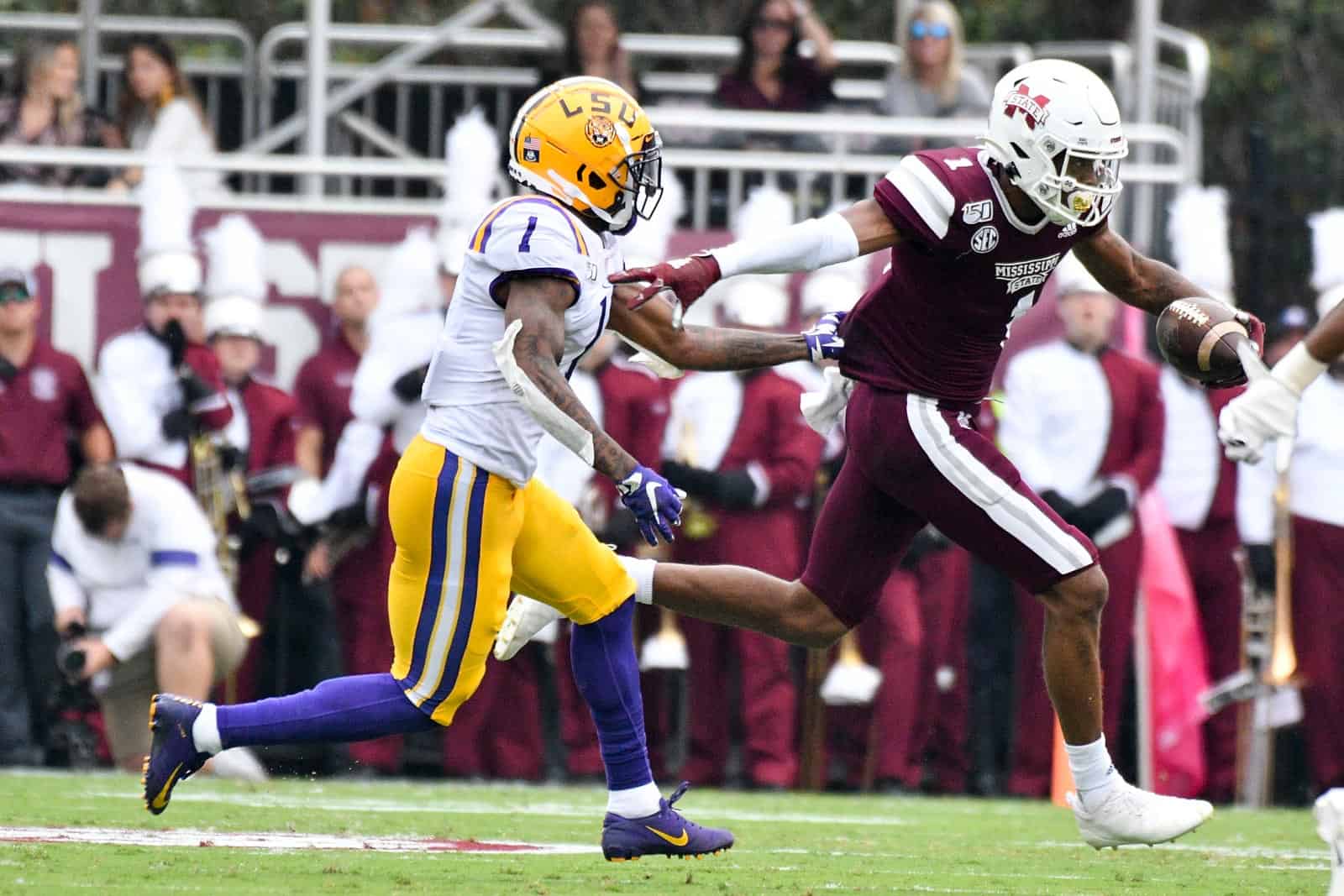 Welcome to Week 4 of 2021 SEC Football Predictions! This week features a matchup between the 7th-ranked Texas A&M Aggies and the 16th-ranked Arkansas Razorbacks at AT&T Stadium in Arlington, Texas. Let’s predict stuff!

Georgia looks poised to flirt with the No. 1 ranking once the College Football Playoff rankings are release in October. That’s assuming they don’t go getting cute and acting a fool like they haven’t won a national title since 1980 or something.

But seriously, though. The Bulldogs are nasty. Nothing pretty or fancy. No smoke or mirrors. They sort of remind me of the 2008 Alabama team if I had to compare them to anyone.

Vanderbilt reminds me of just about any random Vanderbilt team over the last 80 years.
PREDICTION: Georgia 41, Vanderbilt 3

Go ahead and throw out the records when these two teams play. Mostly because they are both 2-1 and we don’t really know much about either team at this point, outside the fact that neither team really scares anyone.

The Bulldogs could be undefeated, but to hear Bulldog fans tell it, Memphis picked up a football laying somewhere within two miles of the stadium at halftime and started running toward the end zone. The Tigers were awarded a touchdown and the game was called for darkness. Honestly, I get your frustration, Mississippi State fan. I’m still not sure what happened on that play either. I’m pretty sure no one does. I’m also pretty sure no one ever will.

Put away your frustrations of yesterweek and grab your cowbells because you’re going to have a great time Saturday morning and afternoon inside Davis Wade Stadium.
PREDICTION: Mississippi State 28, LSU 23

This is a very interesting game. I love Missouri’s willingness to play a diverse non-conference schedule.

Boston College is undefeated after three games against schools named after toothpaste (Colgate), a tumor (UMASS), and the area of your head between your eye and ear (Temple).

Missouri’s only loss came on the road at Kentucky. I think Missouri has enough talent and coaching to win by a touchdown in Chestnut Hill, Mass.
PREDICTION: Missouri 27, Boston College 21

The trendy thing to do is to pick Arkansas. Well, I ain’t trendy. I’ve been on the Arkansas bandwagon since all the way back when they beat the horns off Texas. So, yeah. I guess it would be fair to say I am trendy.

I give Auburn credit for traveling up to Happy Valley and facing a pretty solid Penn State team. Like most everyone else that saw the game or heard anyone talk about the game, I don’t understand the call to throw a fade to a short receiver down at the goal line when you have a tough-as-nails quarterback like Bo Nix.

Nonetheless, Bryan Harsin looks to have Auburn playing well, playing confident, and looking somewhat organized. You better believe Alabama fans are already doing the math trying to calculate their chances against Auburn in Jordan-Hare by the time the Iron Bowl rolls around in November. Auburn teams with confidence are nearly impossible to beat on The Plains.

There was a time when Tennessee-Florida was bigger than Ali-Frazier. Now, not so much. It’s still a big game for both teams each year because it’s early in the season. A Florida loss would be devastating to the Gators hopes of winning even the SEC East, much less make the College Football Playoff.

The Tennessee program appears to have stopped the bleeding and taken the car out of reverse for the time being. Just standing still and getting their feet planted firmly on the ground is a great goal for the Vols at this point.

Florida is too talented up front on both sides of the ball for Tennessee to have any hope Saturday in the Swamp. Florida could potentially run the ball for 500 yards and keep possession for 58 minutes.

Florida will not have a letdown after last Saturday’s near-upset of Alabama. The Gators believe they can’t be stopped, and they may be right.
PREDICTION: Florida 38, Tennessee 7

Kentucky has a chance to move to 2-0 in SEC play with a win on the road in Columbia Saturday night. The Wildcats should have lost to Chattanooga last week, so I’m not sure where they are mentally right now.

South Carolina should keep this game close and entertaining, but Kentucky will score late to win by two scores.
PREDICTION: Kentucky 31, South Carolina 21

Congrats to Southern Miss for getting the opportunity to play Alabama after a week of ‘Tide players and coaches having their effort and ability questioned after winning by “only” two points in The Swamp last Saturday.
PREDICTION: Alabama 48, Southern Miss 0

OFF THIS WEEK: Ole Miss