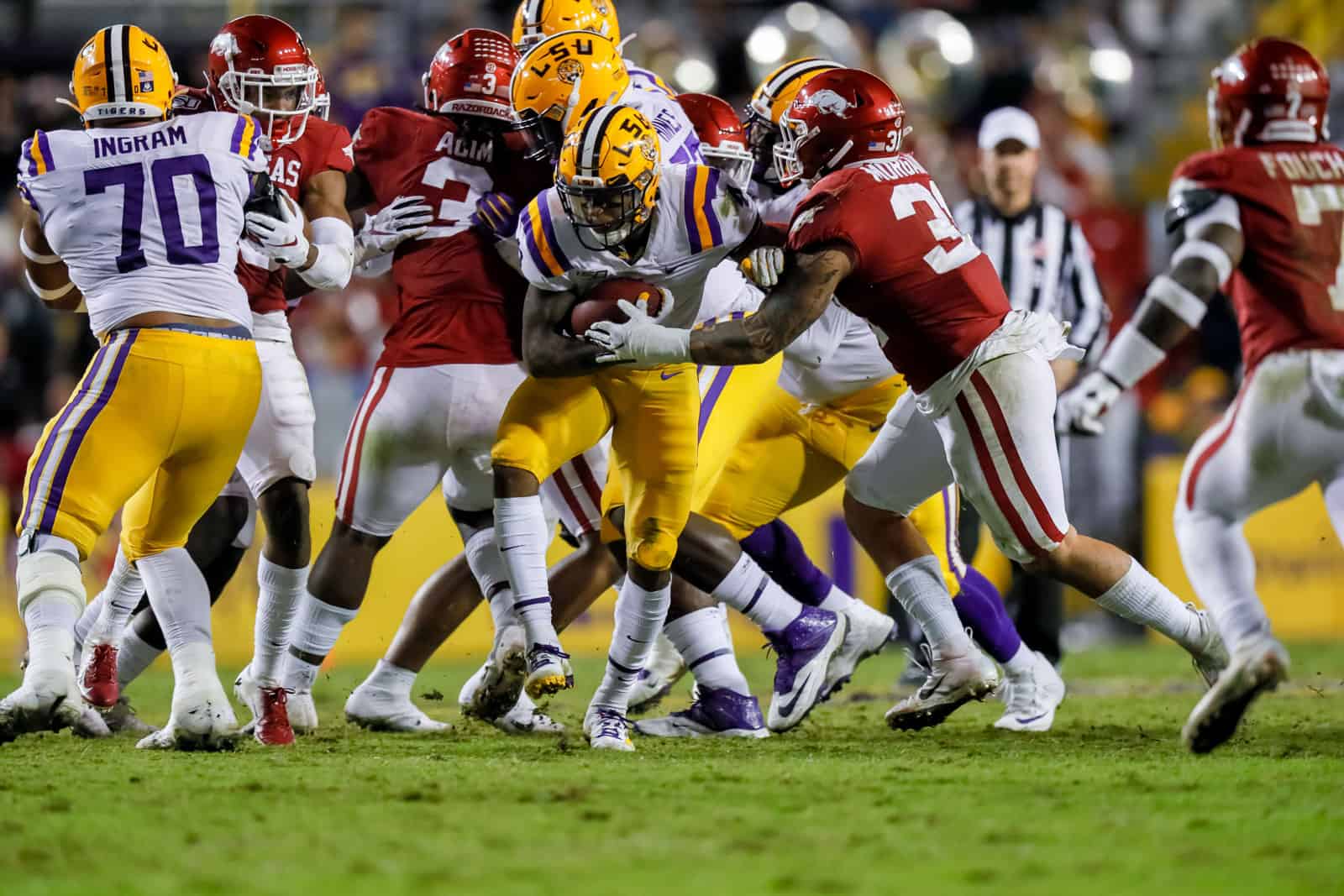 Well, I don’t know what to tell you about the Alabama-LSU game from last week other than that was LSU’s bowl game and Coach O wanted to throw in the one kitchen sink Les Miles didn’t throw during his tenure at LSU. It almost worked. Don’t expect Alabama to be “up” for this morning kickoff any more than they were for a rivalry game under the lights last week. If you gamble, put all your money on New Mexico State to cover and then put every piece of personal property you can find on the under.

This should be a good game, but Auburn will continue to play out the narrative I began writing weeks ago where the Tigers will peak on the Saturday after Thanksgiving, beating Alabama and throwing the SEC West into an absolute trainwreck.

I don’t think anyone thought this is what we’d be writing about Florida at this point in the season, but here we are. It’s beginning to look a lot like a Will Muschamp Gators team in Gainesville. I really don’t think Florida can lose to Samford, but I didn’t think they could lose to Georgia Southern in 2013 in Muschamp’s final season. So, tell your friends you heard it here first… or second… or third. Either way, you heard it here at some point before kickoff.

This game will be a good marker of where Tennessee is as a program in Josh Heupel’s first season as head coach. No one believes they will win Saturday afternoon against Georgia, but they could do something to the Bulldogs that no one has done since last season — score 14 points. That will be an impressive feat that will only grow more amazing with time. Tennessee fans can say this week, “Hey, we scored 14 on number one Georgia.” In January, Tennessee fans can say, “Hey, we scored 14 on the national champions.”

Shane Beamer decided to go ahead and jump on a wounded gator, taking advantage of each and every weakness Florida had coming into Columbia last Saturday night. The Gamecocks were so dominant that two Florida assistant coaches had to clean out their offices when they returned to Gainesville.

The Shane Beamer era at South Carolina only gets better this week after becoming bowl eligible. A win here, and I would think Nashville would bend over backwards to welcome the Gamecocks to the Music City Bowl.

Kentucky loves to turn the ball over. They must practice it every week because the Wildcats are improving at turning the ball over at an amazing clip. That being said, they will turn it over three or four times in Nashville before winning by 20 over Vanderbilt.

Texas A&M looks to be playing great ball in November for the second consecutive season. Ole Miss is playing at home and, if healthy, will send the Aggies home crying, “all we had to do was beat one team from Mississippi and we would have won the West!”

If A&M wins, though, and Auburn continues on it’s trajectory into the Iron Bowl, the SEC West is about to become the SEC Mess. HEY OOHHHHHHHH.

Arkansas is officially a solid team. They are not great. They are not terrible. They win games they should win. They lose games they should lose. And, for the most part, they win about half of the toss-up games. This may be considered a toss-up, but I can almost guarantee that LSU played its final game of the season last week in Tuscaloosa. That was their bowl game and nothing I’ve seen from this Tiger team gives me any reason to believe they care too much about preparing and playing hard two consecutive Saturdays.