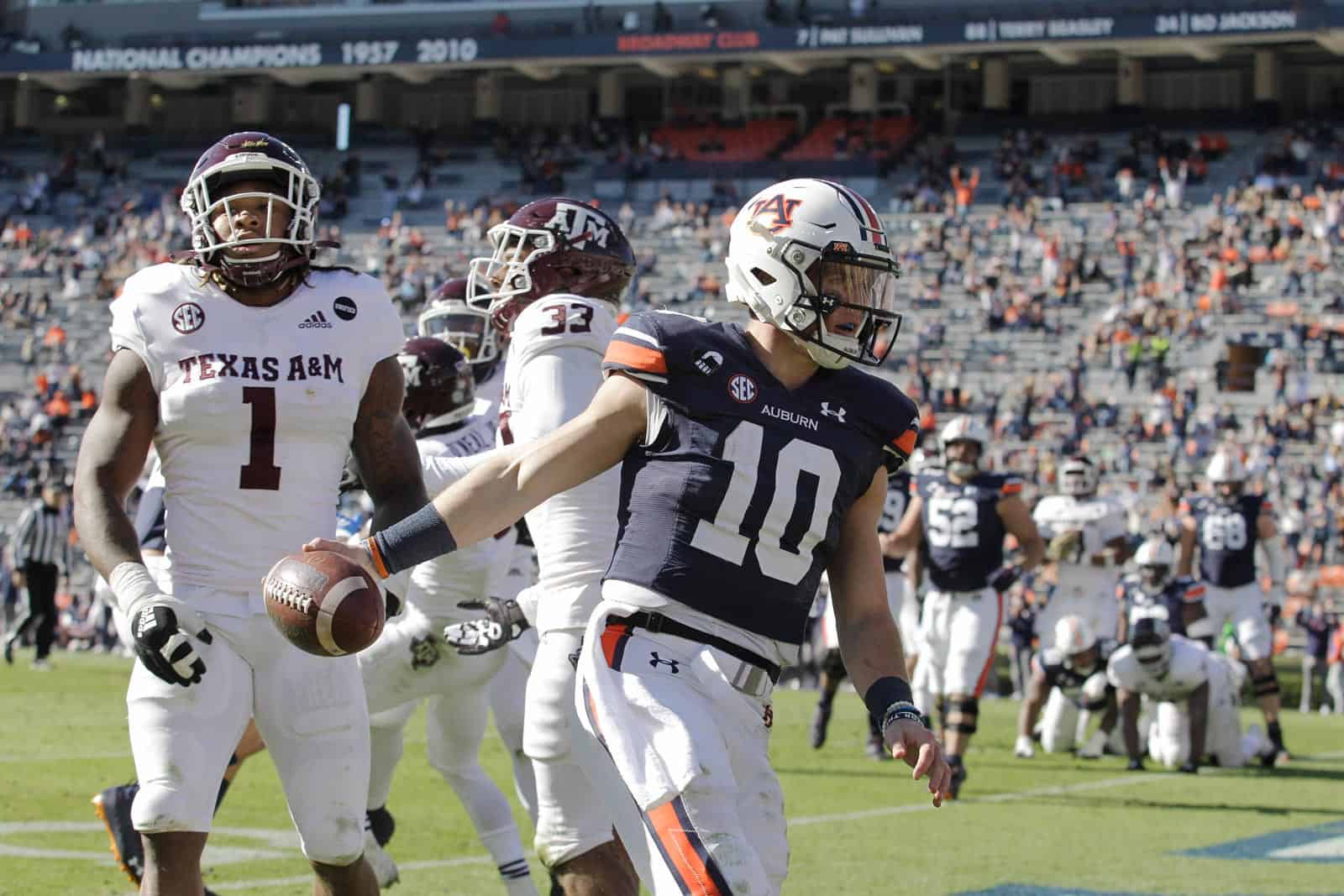 Georgia is the best team in the country with the best defense in the history of football.

Hugh Freeze is about to make a buttload of Ole Miss fans require a change of undergarments. The Rebels will find a way to win, but it will be entertaining… for everyone not cheering for Ole Miss.

Texas A&M comes in as a 4.5-point favorite, and, as you’ll see in more than one of this week’s predictions, I’m not buying it. The Aggies could possibly find themselves shouting, “Oh, what might have been!” if they continue winning because of the two head-scratching losses early in the season.

The only problem for A&M is Auburn may be doing the same thing if they continue the trajectory on which they currently find themselves. Auburn’s losses require much less head-scratching. Auburn’s close win over Georgia State requires more follicle stimulation than any loss on the schedule.

In other words, Auburn will go into College Station and leave Kyle Field with a hard-fought win in a defensive battle over A&M. This will set up another opportunity for Mike Leach and the Mississippi State Bulldogs to beat another highly ranked opponent.

Speaking of Mike Leach and defeating highly-ranked opponents, Mississippi State quietly worked their way up to a No. 17 national ranking, but Las Vegas is not impressed as the Razorbacks are favored by five points. The Bulldogs have won as an underdog more than once this season and and they’ll do it again Saturday afternoon/evening inside Razorback Stadium. This will set up a huge game with SEC West implications at Auburn next week with an 11:00 a.m. local time kickoff.

Alabama seems to have righted any wrongs that were in the program when Texas A&M upset the then-No. 1 ‘Tide. It’s hard to believe that Alabama-LSU has become just another game where Alabama plays a team as a four-touchdown favorite. Chris Fowler, Kirk Herbstreit, and Holly Rowe will be on the call, so it’ll have a big-game feel to it, but don’t let that fool you. This game will not be close. Saban will quietly go about allowing his team to send Ed Orgeron off with two of the worst back-to-back beatings in the history of this of storied series.

We’ve seen this story before. Kentucky appears to have the better team and is having a better overall season. Tennessee is beginning to figure things out later in the season after a slow start. Tennessee will defeat a higher-ranked Wildcats team, leaving Kentucky fans asking themselves, “How?” yet again.

Florida’s defense is playing well and the offense appears to be losing any identity it may have had in September. South Carolina is not very good, but they are well coached. This game will be much closer than the 18-point spread indicates.

Alabama-LSU is on ESPN for the first time in 15 years, the past 14 games were on CBS.