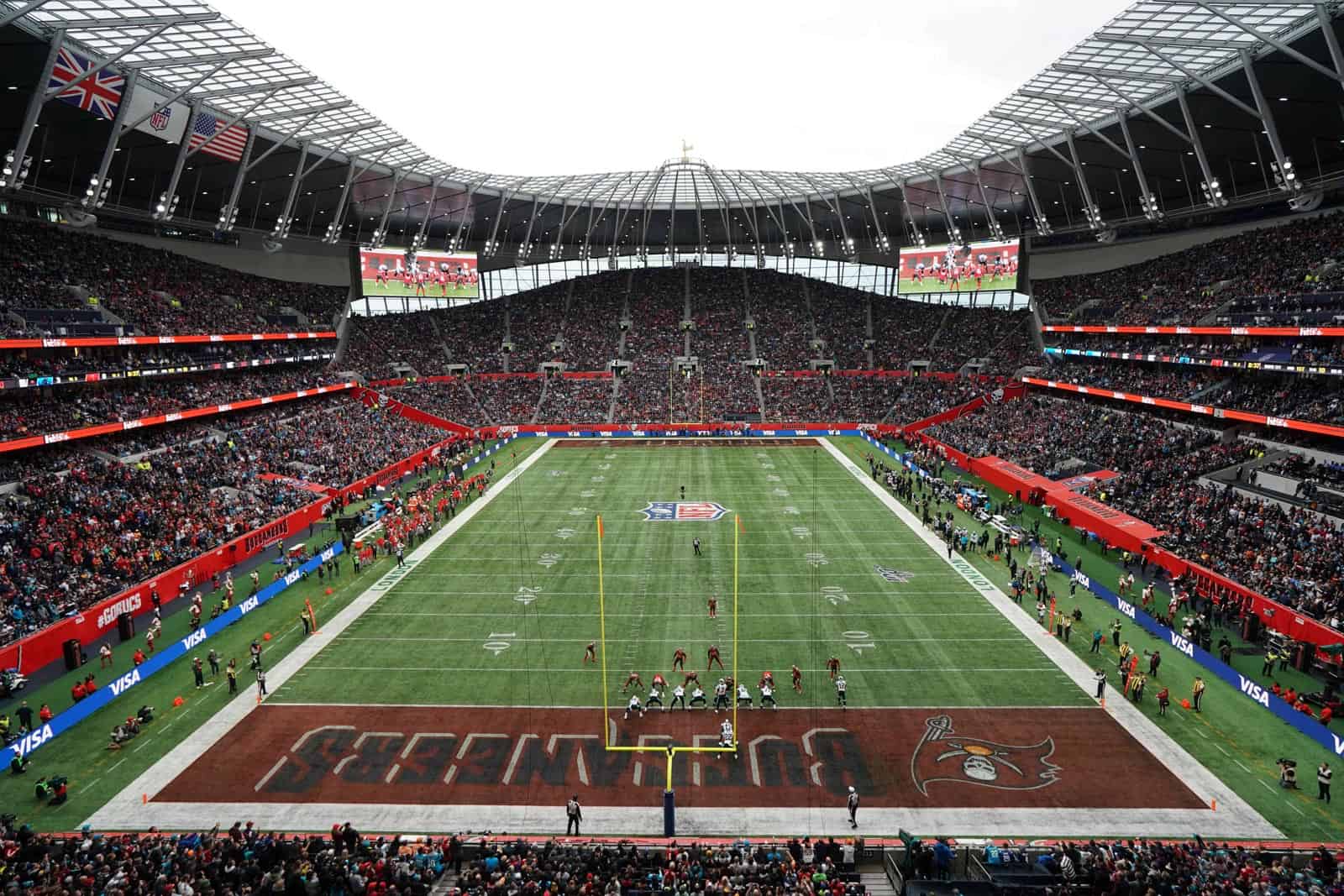 The 2021 NFL International Series has been announced, and it will feature two games in London, England.

International Series games last season were canceled due to the novel coronavirus 2019 (COVID-19) pandemic. The NFL has decided to return to international competition this season.

The Atlanta Falcons and the New York Jets will each be making their second appearance in London. The Falcons lost to the Detroit Lions 22-21 in 2014, while the Jets defeated the Dolphins 27-14 in 2015, both at Wembley Stadium.

The second game of the 2021 NFL International Series will feature the Jacksonville Jaguars playing host to the Miami Dolphins on Sunday, Oct. 17, 2021 (Week 6). The game will be televised by CBS at 9:30am ET (2:30pm UK time).

“We are excited to be returning to London and welcoming back our fans for two great matchups,” said Christopher Halpin, NFL Executive Vice-President—Chief Strategy & Growth Officer. “We expect these games to be a celebration of our sport and our robust UK fan base.

“We have been working closely with the UK government, the city of London and the relevant health organisations over the past year in planning the games. Through their successful vaccine rollout and commitment to bringing crowds back to sports events, the time is right for the return of NFL football this fall. We will continue to monitor the COVID environment, putting health and safety first, and will adhere to any and all future COVID regulations and restrictions.”