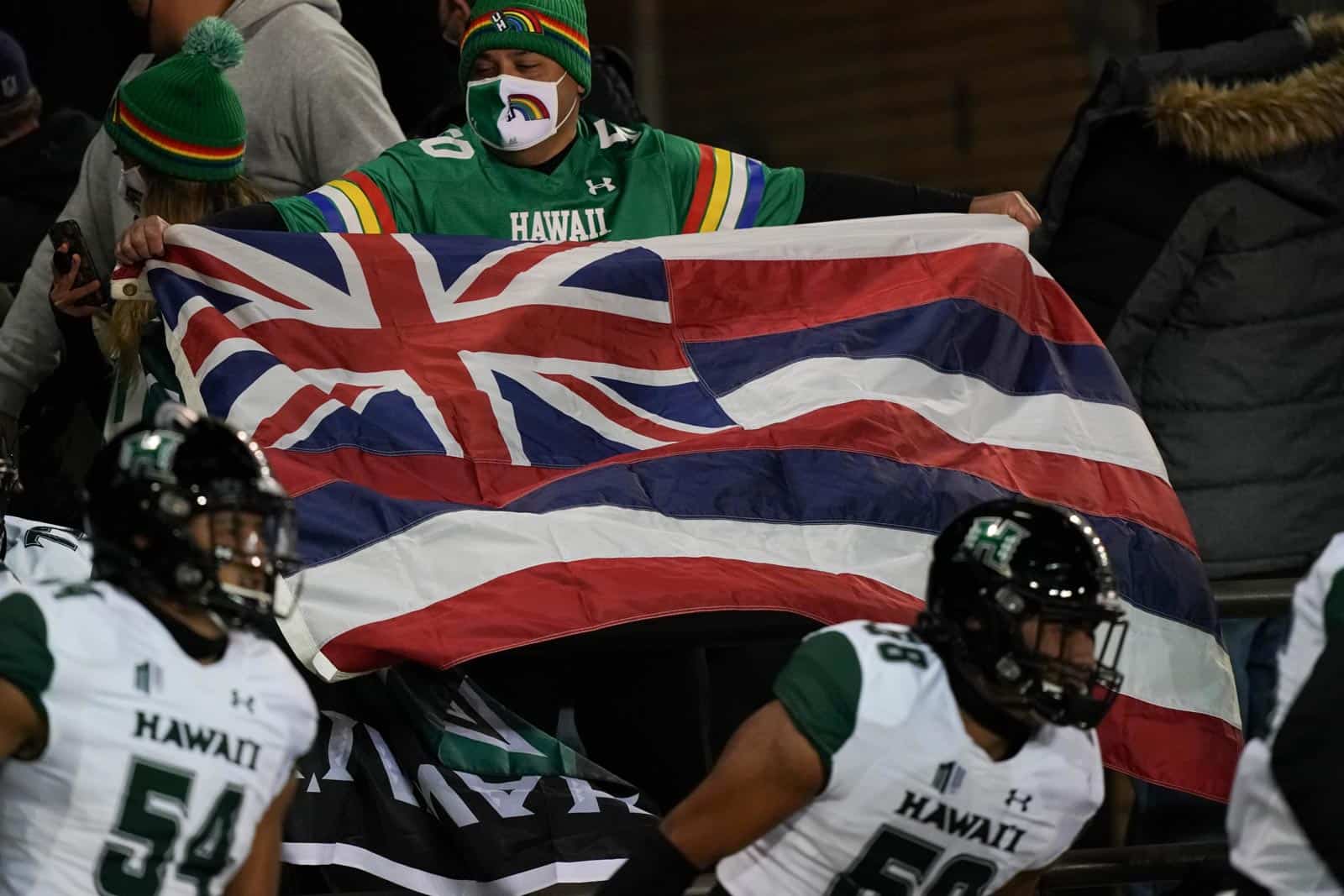 The 2021 college football schedule kicks off with Week Zero action on Saturday, Aug. 28. A total of seven games are on the docket.

Week Zero is the unofficial name for the weekend of college football games that begins before the majority of teams hit the gridiron in Week 1.

Under NCAA Bylaw 17.11.4, FBS and FCS teams cannot play their first contest until the Thursday preceding Labor Day. Beginning in 2016, an exception to this rule was added (Bylaw 17.11.4.1) that allows Hawaii and teams that play in Hawaii, plus their opponents, the option to play one week earlier on the Saturday before Labor Day weekend.

This season, the Hawaii Rainbow Warriors travel to take on the UCLA Bruins. The game is set for 3:30pm ET and it will be televised by ESPN.

A second exception, Bylaw 17.11.4.2, also provides Football Championship Subdivision (FCS) schools the opportunity to play in Week Zero. In order to qualify, the contest must be a non-conference matchup that is nationally televised (broadcast or cable; not Internet only).

For the 2021 season, one FCS matchup meets that qualification and is scheduled for Week Zero. The Alcorn State Braves and the North Carolina Central Eagles square off in the Cricket MEAC/SWAC Challenge at Center Parc Stadium in Atlanta, Ga. ESPN will televise the game at 7:00pm ET.

Two other matchups that are scheduled for Week Zero did not meet the qualifications, but the schools applied for and received an exemption from the NCAA. In the first Week Zero matchup at 1:00pm ET, Nebraska will travel to take on Illinois with coverage on FOX. The matchup was originally slated to be played in Dublin, Ireland, but was moved stateside due to the COVID-19 pandemic.

Additionally, Indiana State will host Eastern Illinois at 6:00pm ET with live streaming via ESPN+. This contest was also granted an exemption from the NCAA.

Another NCAA rule, commonly known as the Hawaii Exemption, allows Hawaii and teams that play in Hawaii the opportunity to schedule a 13th game. This helps those schools earn an extra paycheck, gate revenue, etc. to offset the larger cost of traveling to and from the islands.

Football Bowl Subdivision (FBS) teams can play a maximum of 12 regular-season games each year, per Bylaw 17.11.6.1. However, Bylaw 17.11.6.2 (g) permits any football games played in Alaska, Hawaii, and Puerto Rico to not count against the maximum number of contests.

For the 2021 college football season, only Hawaii will take advantage of the Hawaii Exemption. Below are the details:

All six opponents that travel to Hawaii this season declined to add a 13th game to their football schedule. Instead, they will retain an open date.

…all 6 opponents that travel to Hawaii…

First time in decades Hawaii’s played 7 on the road.

Wow, what a game between Nebraska and Illinois. These conference matchups to start the season is pretty cool.

There was a stat during the game that Illinois hadn’t beaten Nebraska in consecutive games since the 1920’s.