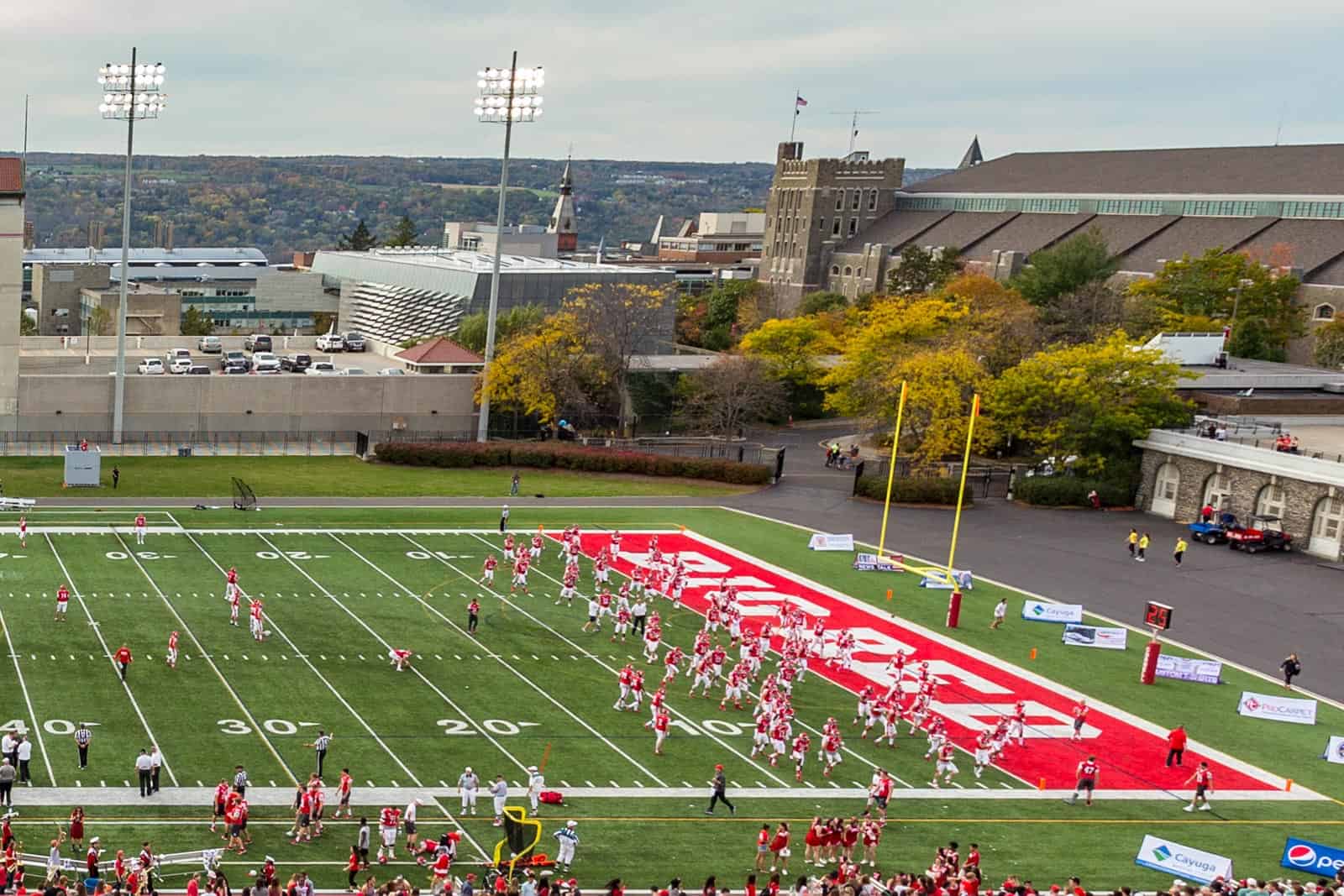 The 2021 Colgate Raiders at Colgate Big Red football game has been moved to Friday night, Cornell has announced.

The Colgate-Cornell game, originally scheduled for Saturday, Oct. 16, will now be played on Friday, Oct. 15, 2021, at Schoellkopf Field in Ithaca, N.Y. The game will be broadcast live via ESPN+ at 7:00pm ET.

Colgate is scheduled to open the fall 2021 season on the road against the Boston College Eagles on Saturday, Sept. 4. Other non-conference opponents for the Raiders this season include Stony Brook and William & Mary at home and Brown on the road.

In Patriot League action in 2021, Colgate is scheduled to host Lehigh, Bucknell, and Fordham and travel to Georgetown, Holy Cross, and Lafayette.

Cornell is slated to open their season at home against the VMI Keydets on Saturday, Sept. 18. The Big Red will also travel to play Bucknell in non-conference action.

Ivy League home opponents for Cornell in 2021 include Brown, Princeton, and Columbia. The Big Red will travel to play Yale, Harvard, Penn, and Dartmouth.