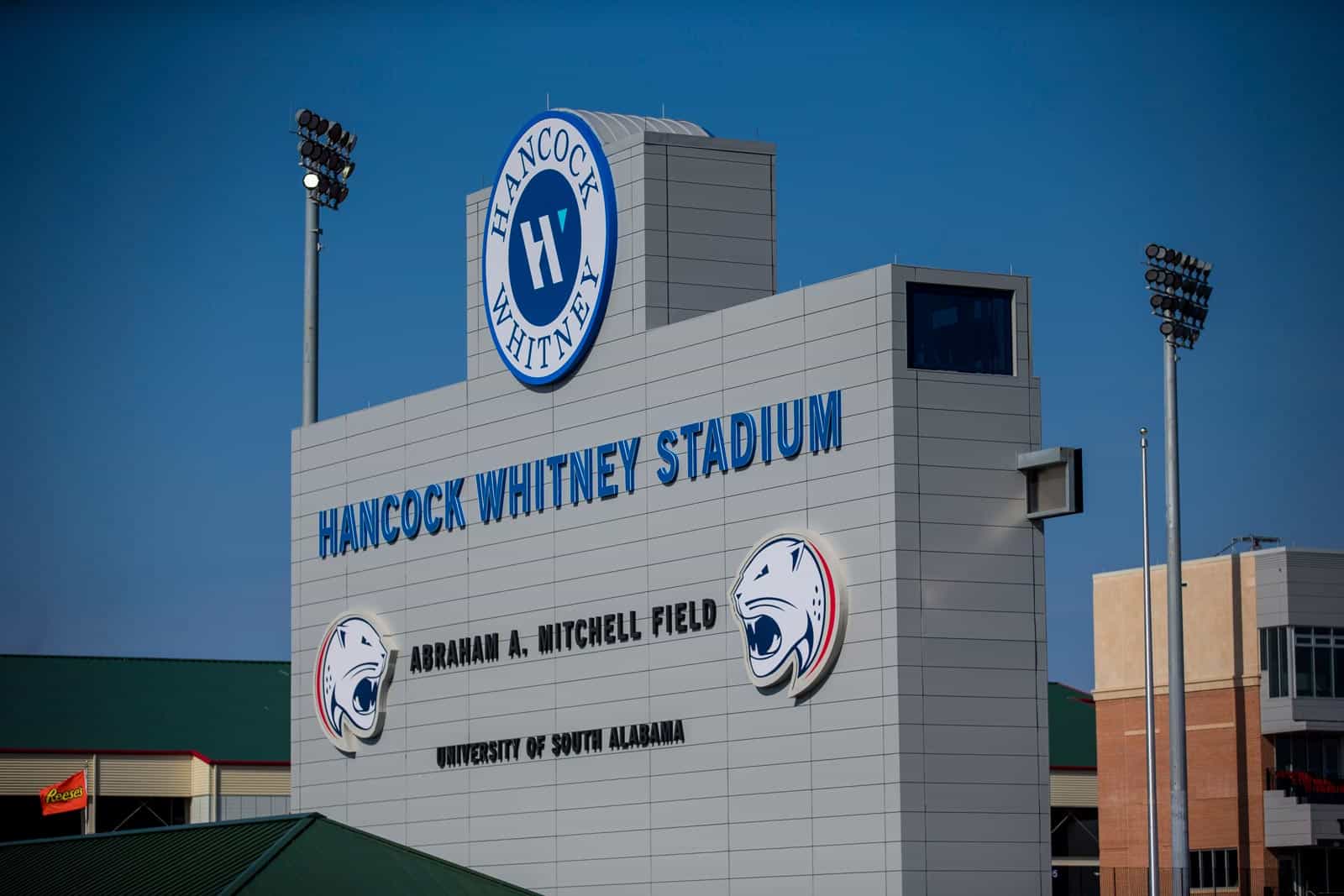 The 2021 Coastal Carolina Chanticleers at South Alabama Jaguars football game has been moved to Black Friday, it was announced on Monday.

The Sun Belt Conference contest between Coastal Carolina and South Alabama, originally scheduled for Saturday, Nov. 27, will now be played on Friday, Nov. 26. Game time and television coverage will be announced according to the 12-day selection process.

Coastal Carolina and South Alabama will square off at Hancock Whitney Stadium in Mobile, Ala. The Jags’ new on-campus stadium opened last season and has a seating capacity of 25,450.

The Chanticleers and Jaguars have only met twice on the gridiron. The series is currently tied at one game apiece following a 31-28 South Alabama win in 2018 in Mobile and a 23-6 Coastal Carolina victory last season in Conway, S.C.

Coastal Carolina wrapped up their spring practice with their annual intrasquad football game on Thursday, Feb. 18.

Spring practice dates for the South Alabama Jaguars have not yet been announced.

I totally didn’t see the “South” in the title at first and thought it was just CCU vs Alabama. Was wondering what happened to the iron bowl. I get it now