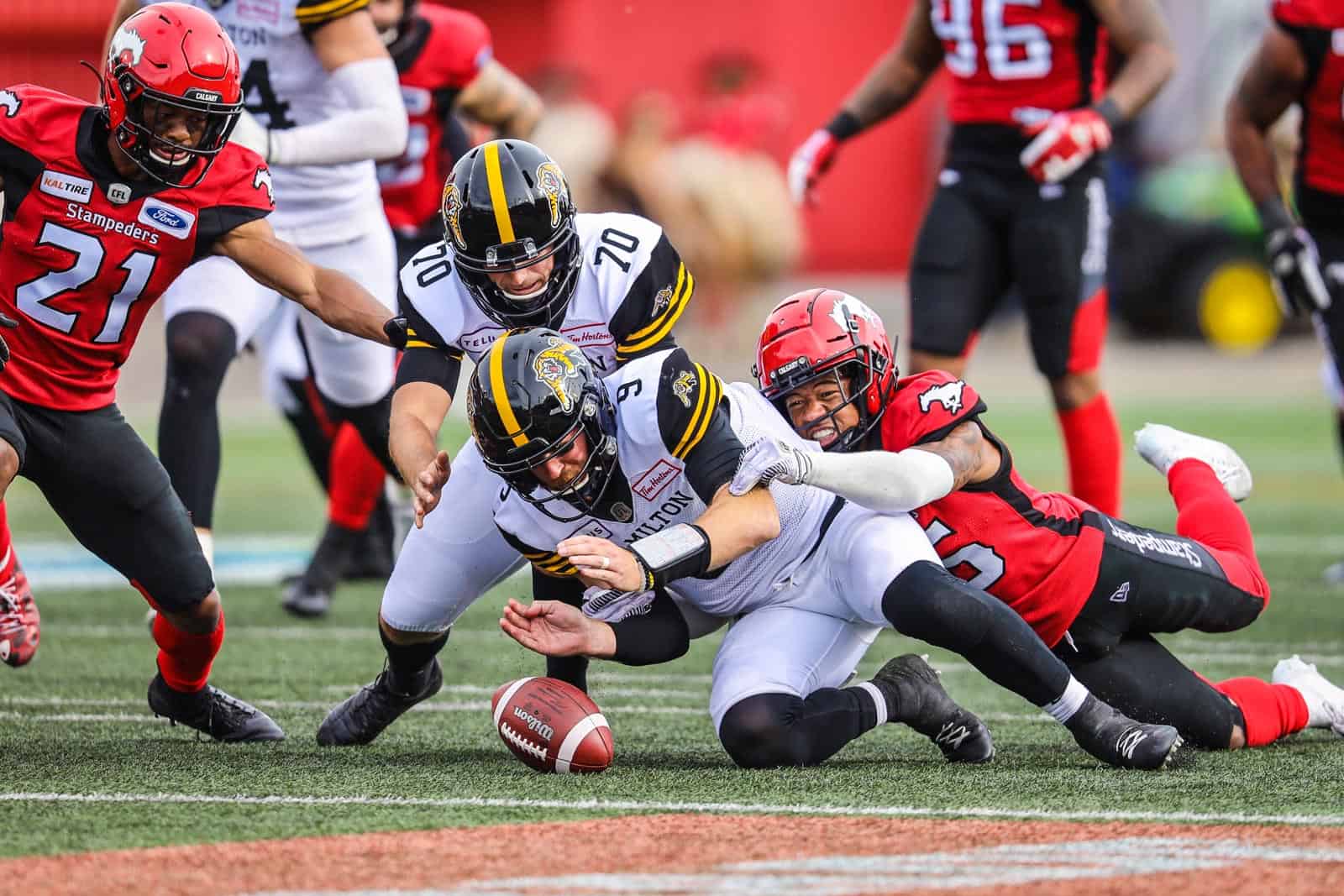 The 2021 CFL schedule has officially been announced. The season kicks off on Thursday, June 10, 2021, with the Winnipeg Blue Bombers hosting the Hamilton Tiger-Cats.

The Canadian Football League will once again have a 21-week regular season. Each CFL team plays an 18-game schedule with three bye weeks (except Toronto which has four byes).

The 2021 CFL schedule will feature an additional divisional matchup that will place more emphasis on rivalry games and will also limit cross-country travel.

The CFL plays a three-week preseason where each teams plays twice, this season from Sunday, May 23 through Friday, June 4. The Calgary Stampeders host the BC Lions in the first preseason contest on Sunday, May 23.

The CFL playoffs begin on Sunday, Nov. 7, 2021, and will culminate with the 108th Grey Cup on Sunday, Nov. 21. The game will be played at Tim Hortons Field in Hamilton, Ontario.

“We’re looking forward to hosting our comeback season in our stadiums, in front of our fans,” CFL Commissioner Randy Ambrosie said in a league-issued press release Friday. “With this schedule, we’re signaling that we’re looking forward with optimism to playing in 2021.”

Hopefully the 2021 Season won’t be wiped out like this year.

How come Toronto gets an extra bye week?

Because they play 3 times in 2 weeks in September.

I suppose, now that the schedule’s out with the ex-Eskimos listed as “Edmonton Football Team”, it’s time to update their name on the site.

Washington (NFL) and Edmonton will both be updated when they announce permanent names. Both names are in the URL so it’s a little more complicated.