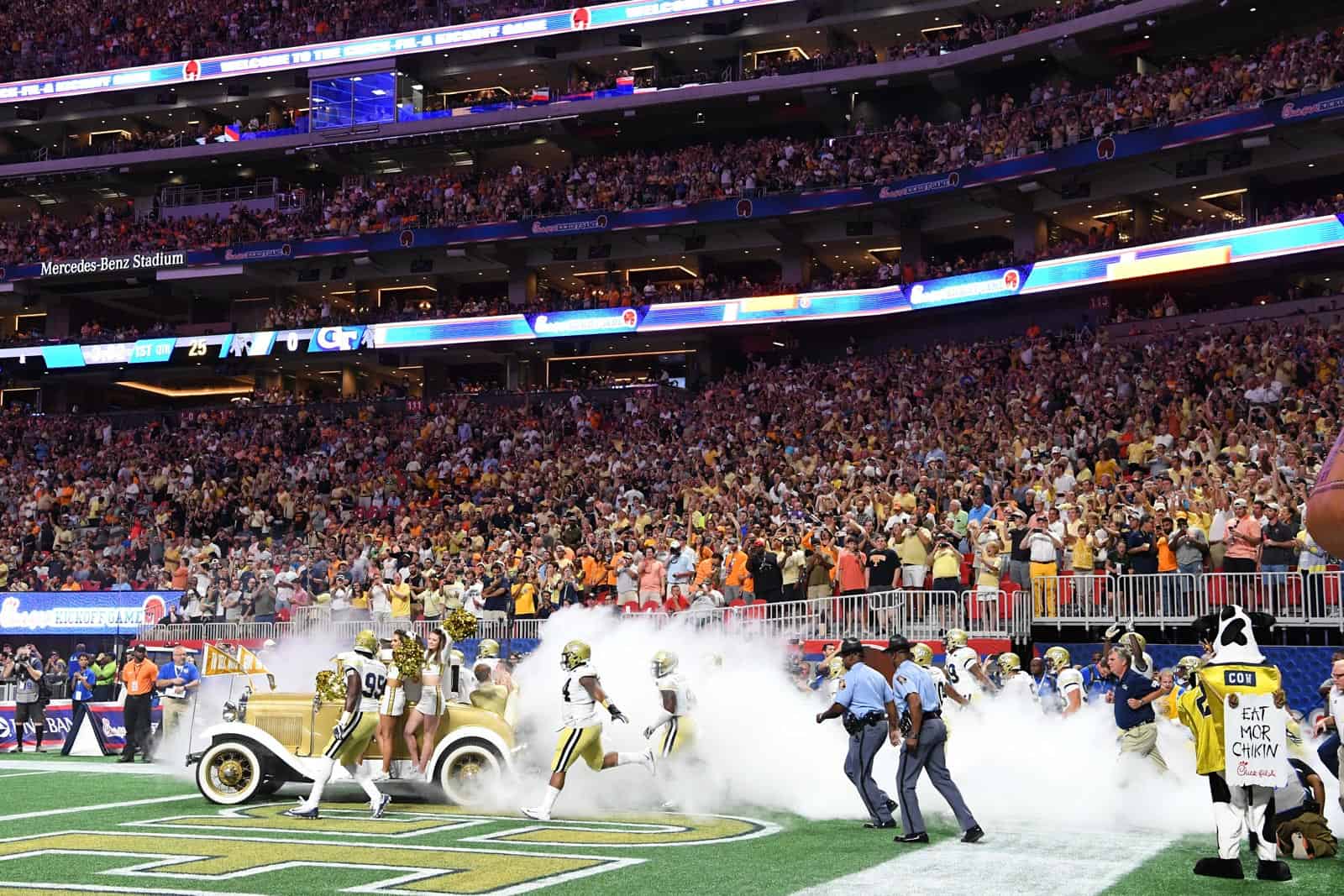 The 2021 North Carolina Tar Heels at Georgia Tech Yellow Jackets football game has been moved to Mercedes-Benz Stadium, it was announced on Tuesday.

Georgia Tech is scheduled to host North Carolina on Saturday, Sept. 25, 2021 in a regular-season ACC matchup that was previously slated to be contested at Tech’s Bobby Dodd Stadium. The game is part of the Yellow Jackets’ six-year partnership with AMB Sports + Entertainment to host one game annually at Mercedes-Benz Stadium.

Georgia Tech and North Carolina first met on the gridiron in 1915 and have played 55 contests overall. The Yellow Jackets currently hold a 30-22-3 all-time advantage in the series.

Games at Mercedes-Benz Stadium for Georgia Tech have been dubbed “Mayhem at MBS” and will be played each season from 2021 through 2026. A total of four of those contests are now set and two of them are Chick-fil-A Kickoff games.

Georgia Tech is scheduled to open the 2021 season on Saturday, Sept. 4 at home against the Northern Illinois Huskies at Bobby Dodd Stadium. North Carolina is slated to open their season two days prior on Thursday, Sept. 2 on the road in Blacksburg, Va., in an ACC contest against the Virginia Tech Hokies.