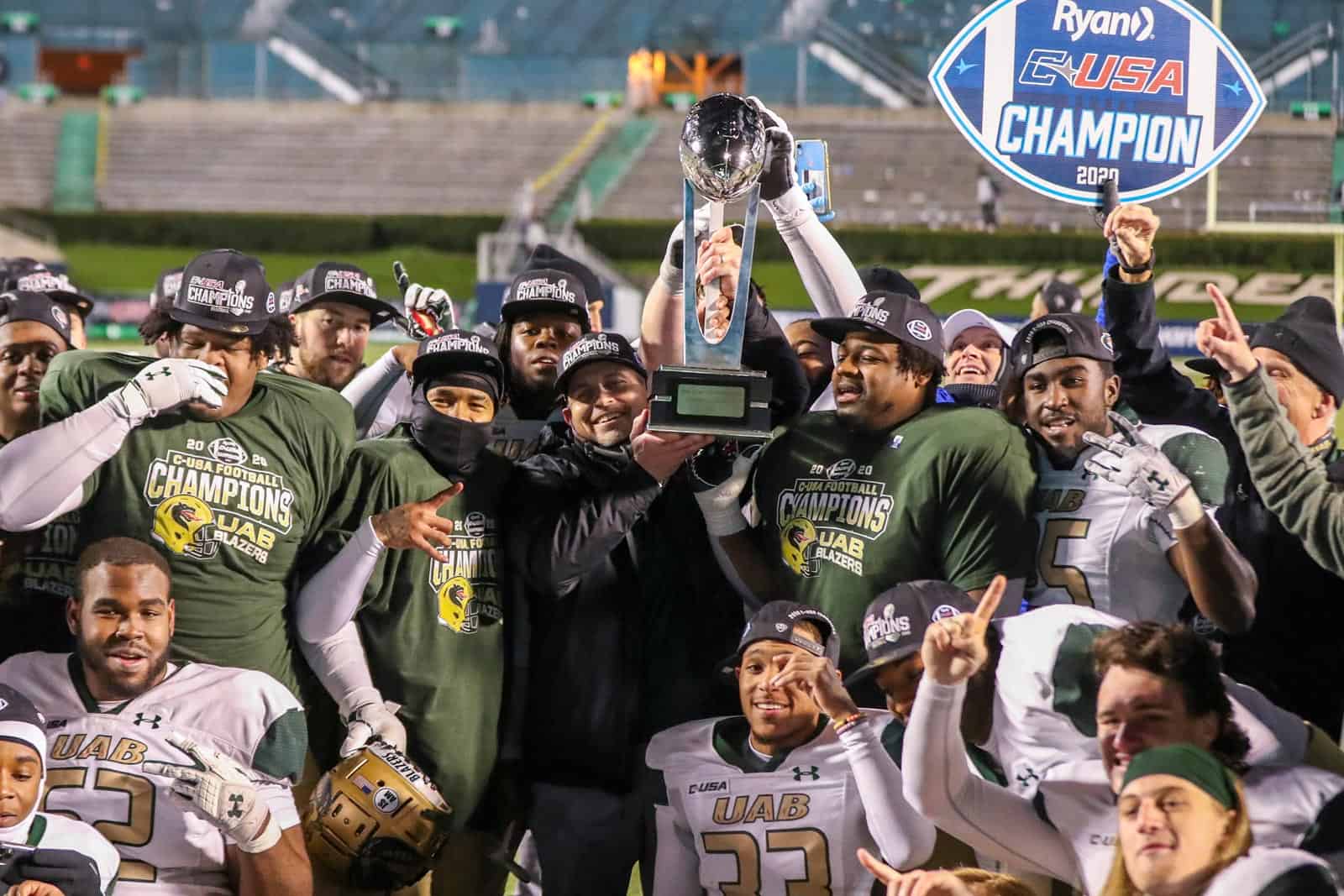 The 2021 Ryan C-USA Football Championship has been moved to Friday, Dec. 3, the conference announced on Wednesday.

The game, originally scheduled for Saturday, Dec. 4, will be televised live by CBS Sports Network at 7:00pm ET/6:00pm CT. The matchup will feature the East and West Division winners squaring off at the home stadium of the team with the highest winning percentage in Conference USA action.

“Ryan is proud to serve as the title sponsor of the Ryan Conference USA Football Championship for the third straight year,” said Ryan Global President and COO Ginny B. Kissling. “We celebrate the hard work and commitment of the student-athletes at all 14 C-USA schools and wish them great success on and off the field.”

Last season, the UAB Blazers defeated the Marshall Thundering Herd in the C-USA Football Championship, 22-13. UAB, Marshall, and Southern Miss are currently tied for the lead in championship game victories with three apiece.