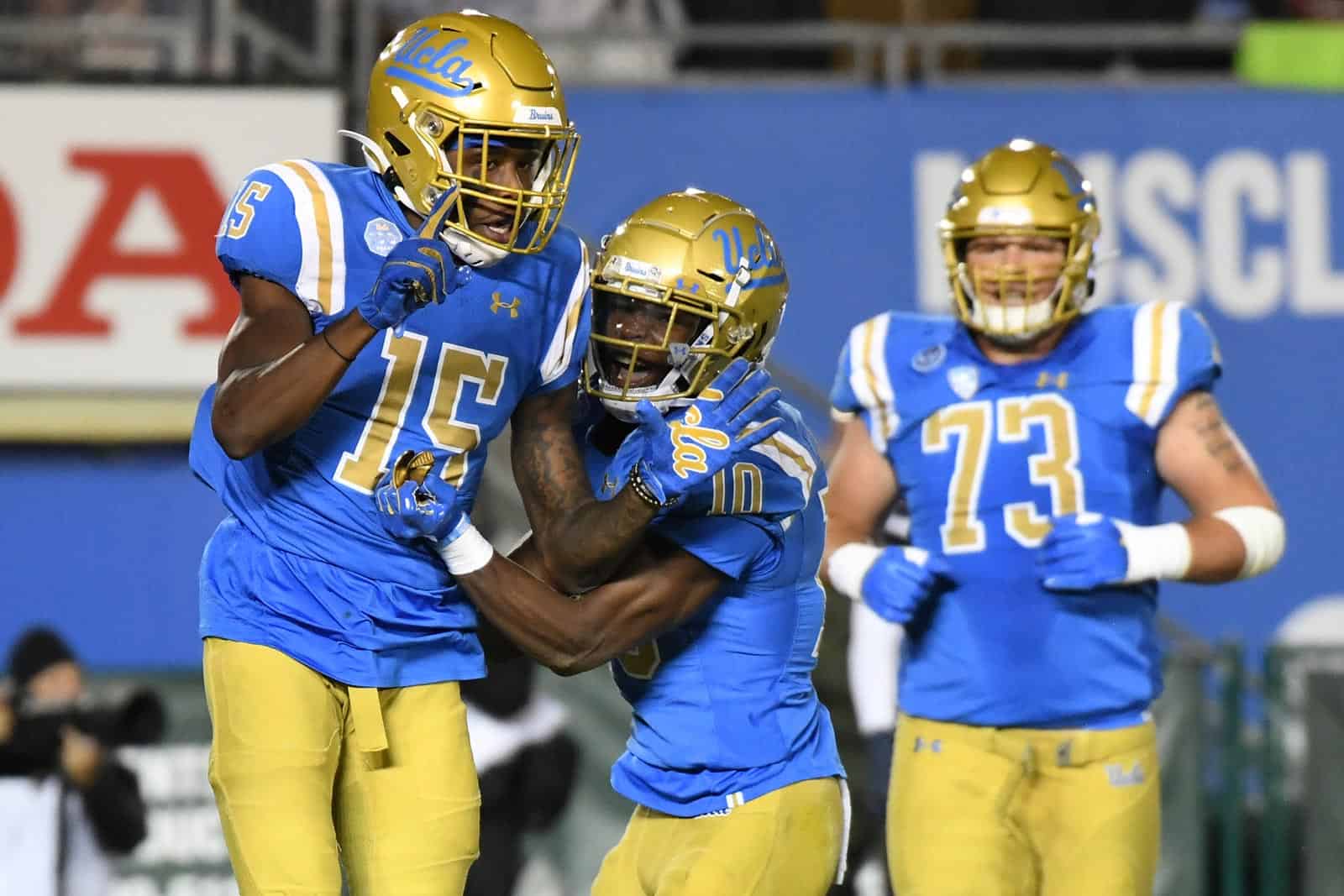 The 2020 UCLA Bruins football schedule has been released, which includes games against Stanford, USC, and Utah.

UCLA opens the 2020 season on Saturday, August 29 (Week Zero) at home at Rose Bowl Stadium in Pasadena, Calif., against the New Mexico State Aggies. The Bruins are also scheduled to play at the Hawaii Rainbow Warriors and at the San Diego State Aztecs in non-conference action.

In Pac-12 play in 2020, the Bruins are slated to host Arizona, Stanford, USC, Utah, and Washington State and travel to Arizona State, California, Colorado, and Oregon State.

Below is the 2020 UCLA Bruins football schedule, as well as a link to the complete schedule. Links to buy tickets for each game as well as kickoff times and TV will be added later when they are announced.