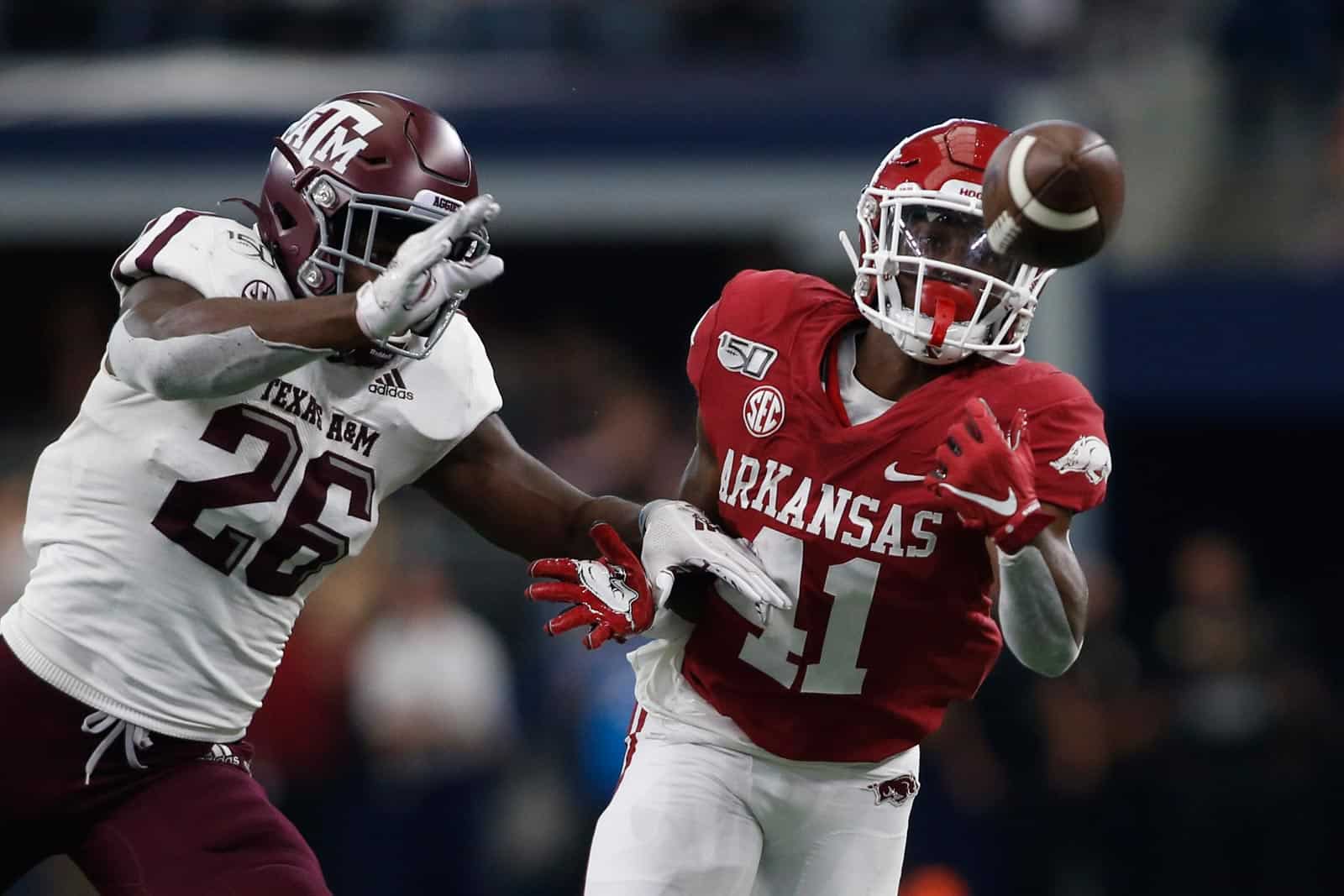 I sent a ton of positive vibes in hopes of negative tests results and it looks like we are staying negative in the SEC. Florida appears ready to play their first game since October 10th.

The Big Ten only needed one week to feel the pain of the overzealous protocols now that Wisconsin has a few players and coaches testing positive for COVID-19. With only an eight-game schedule, the Badgers could be the second best team in the Big Ten and only play five games. It will be interesting to see where it all ends up.

Let’s predict Week 9 games on the SEC Football Schedule. Extra credit if we predict whether a team wears black jerseys since it’s Halloween.

Georgia has had two weeks to think about the loss at Alabama and this is bad news for Kentucky. Kentucky followed up their thrashing of Tennessee in Knoxville with a loss at Missouri. This may not be the most entertaining game, but it will be a home-cooked plate of comfort food for old-school SEC fans afraid of the wide open offenses taking over the conference. This game will be a defensive battle and Georgia will win.
PREDICTION: Georgia 24, Kentucky 3

Four combined losses between the two teams and they’ve only played nine total games. LSU looked like they were one step from falling off the cliff until last week’s 52-point outburst against South Carolina. Of course, the Bengal Tigers found a 6-6, 247-pound freshman quarterback to step in and change the trajectory of the season. If anyone can find linebackers that can play quarterback, it’s LSU. They’ve done it again.

Auburn doesn’t have a 250-pound quarterback, but they are two bad calls away from four losses. This game won’t decide the SEC West, but it will decide which team has any shot at salvaging a positive 2020 season.
PREDICTION: LSU 28 , Auburn 27

The only team that’s been affected by COVID-19 as much as Florida is Vanderbilt. The only team with some great showings on the field and nothing but one win to show for it is Ole Miss. Lane Kiffin can take out some of his frustrations on Vanderbilt in Nashville Saturday afternoon. The only reason I predict the Rebels will score 63 points is there won’t be enough time remaining on the clock to score 70.
PREDICTION: Ole Miss 63, Vanderbilt 21

Jaylen Waddle is out for the season. Tennessee loves hurting Alabama players. They ruined Tua’s 2019 season and now they’ve taken Waddle out. It wasn’t malicious. Just coincidence. Yet, just like last year, the injury may be great for the long term goals of the team. Because of Tua’s injury in 2019, Mac Jones was able to kickstart his amazing run to possibly put together the greatest season in school history. With Waddle out, two or three guys will be required to step up to fill his shoes and it will develop more targets for Jones and open up even more options for the offense in late November, early December, and two weeks in January.

Mississippi State has dropped off the face of the earth after beating LSU in Week 1. Now there’s a few fans in the SEC that are shocked because Mike Leach has made a few comments that are a bit eccentric. Mike Leach is not going to give two shirts about how some people in the SEC expect a coach to behave. That’s why he can build a fun product in Starkville if everyone just gets out of the way.

The Bulldogs won’t be too fun in Tuscaloosa this Saturday, but Leach is on his way to building something fun to watch.
PREDICTION: Alabama 55, Mississippi State 28

It’s one day from the month of November and no one enjoys underachieving late in the season like the Aggies. Arkansas has come so close to winning this game the last few years. Another way to write that sentence is Arkansas has blown so many leads in this game the last few years. These two teams love playing overtime when they meet in Dallas, but they are playing in College Station this season due to COVID-19 restrictions.

Arkansas is a team on the rise (I think). I’ve written that in the past only to look dumber than usual within two or three weeks of making the proclamation.

Texas A&M is neither on the rise nor are they declining. They just are. Has Jimbo Fisher peaked? Maybe. I’m not confident that Fisher can meet the Aggie fans’ expectations with a quarterback whose last name isn’t Winston.

This game will be fun to watch. It will probably go overtime because it always goes to overtime.
PREDICTION: Arkansas 34, Texas A&M 31 OVERTIME

Missouri beat a pretty good Kentucky team last week and already has a win over LSU on the resume. Florida’s biggest opponent in 2020 has been COVID-19 (and Texas A&M). Florida should come out and make up for lost time on Saturday night in The Swamp. A big win and strong momentum is what the Gators need headed into their November 7th showdown with Georgia next week.
PREDICTION: Florida 38, Missouri 17