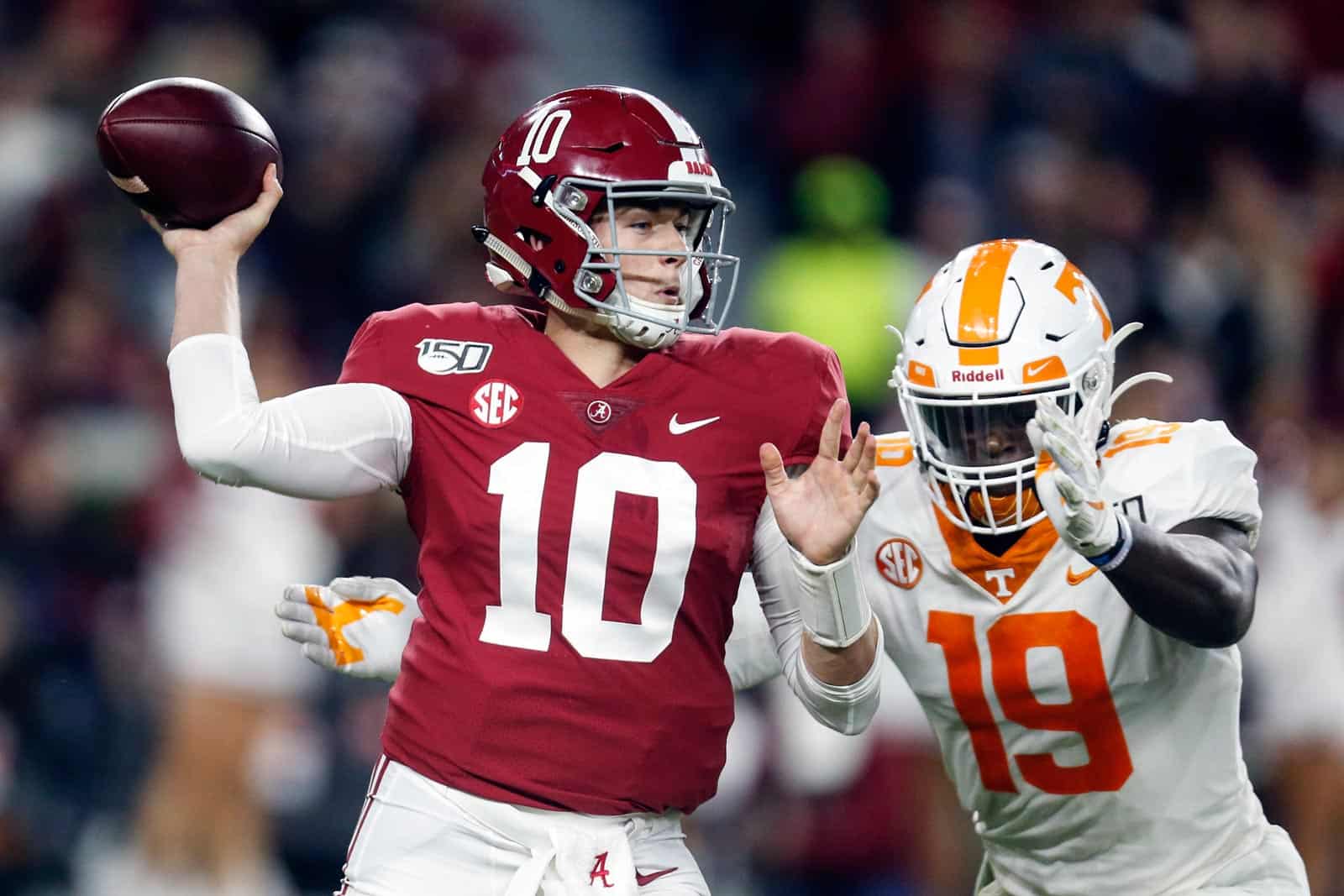 Welcome to Week 8 of 2020 SEC Football Predictions. We have a grand total of four SEC football games this week. Yes… I intend on predicting each and every one.

Postponed Games
Fingers crossed…. Zero thus far, although Dan Mullen and the Florida Gators have shut down all football activities until Monday, October 26, 2020.

There are not many wheels remaining on the Gus Bus and there are a few Auburn fans with tire jacks ready to attack the ones that do remain. Ole Miss has the most impressive 1-3 record in the history of SEC football. Only Lane Kiffin can leave SEC media and fans impressed after a 1-3 start to the season. Count me in that impressed group.

I don’t know what Auburn can do to win on Saturday besides intercepting Ole Miss sophomore quarterback Matt Corral six times like Arkansas did. I don’t see that happening.

I predicted an Ole Miss game to go into overtime earlier in the season and was correct (the fact it went to overtime, not the fact they would win). I’m taking the Rebels to play in another overtime game this week and this time I’m picking them to win.
PREDICTION: Ole Miss 42, Auburn 41 OVERTIME

Paul Finebaum made the statement this week that this game is no longer a rivalry. He even said that the Texas A&M game is a bigger game than the Tennessee game for Alabama now.

If you’ve ever met me, talked to me for more than three minutes, or read more than two sentences of this weekly predictions piece, you know that I am an Alabama fan. I can’t help it. I was born that way. Let me be the first to say, the Texas A&M game may mean more when it comes to determining the SEC West (although the Aggies are never relevant in the West after the second Saturday in October), the Tennessee game will always matter to this fan.

I’m 43-years-old, so those fans who are younger than me probably don’t feel the same about the series. The college football present carries the weight and pressure of every game from every season in the past. Nothing is forgotten. Whatever happened, good or bad, to your team, no matter when it occurred, is as fresh today as it was the day happened. Thus, Tennessee beating Alabama in 1995 when Peyton Manning directed The Pride Of The Southland Band at Legion Field and the subsequent six years after remains a fresh wound.

Sure. Nick Saban has won as many national championships at Alabama since he arrived to Tuscaloosa as Tennessee has won games against top-25 teams over the last 12 years. That doesn’t matter. True fans from the SEC remember the pain of every loss to their rivals. And that is why this game will always matter.

It’s still called The Third Saturday In October because we refuse to let go of the past. It’s what we do best in the South.

As far as the 2020 version of The Third Saturday In October goes, yeah, this really is no longer a rivalry. Last season’s game was considered close because Tennessee almost scored a touchdown to cut the Alabama lead to eight points.  The ‘Tide finished the night with a 35-13 win.  This was the beginning of the end for Tua as he was injured on this night and he ended his career as Alabama’s quarterback lying the field in Starkville three weeks later.

Mac Jones is throwing the ball all over the field to Jaylen Waddle, DeVonta Smith, and John Metchie and he rests his arm by handing it to Najee Harris. That amount of talent is probably an NCAA violation. Tennessee is left with many more questions than answers a week after Kentucky came into Neyland Stadium and laid down a 34-7 beatdown on the Vols. The wheels may be coming off in Knoxville and Alabama coming to town won’t help. Maybe the ‘Bama defense will still be a little rusty, but if the second half shutout of Georgia last week is any indicator of future success, I wouldn’t be excited to play Saturday afternoon if I’m the Vols offense.

The jinx is in as I’m predicting Alabama to score 70. That won’t happen, but it’s the The Third Saturday In October and I’m a true SEC football fan. Logic and reason have no place here.
PREDICTION: Alabama 70, Tennessee 24

Missouri’s lone win was two weeks ago against defending national champion, LSU. Kentucky is coming off a 34-7 beatdown of Tennessee in Knoxville, the Wildcats first at Neyland Stadium since 1984. Missouri has not played since beating LSU and I think Kentucky has found its identity on offense and defense. The Wildcats will be a tough out the rest of the 2020 season.
PREDICTION: Kentucky 38, Missouri 21

LSU fans are about to turn on Ed Orgeron. All the good will he built in last year’s national championship season will mean little after another home loss Saturday to South Carolina. If you feel winning a national championship as a head coach buys a few years off the heat seat in the SEC, ask Gene Chizik how much Auburn loved him in 2011 and 2012 after winning the 2010 title.
PREDICTION: South Carolina 31, LSU 27

I agree with this💯

I can’t believe you would even think South Carolina could win any game this year–other than flukes! When I see them in the win column, I am always surprised. USC has been the “Graveyard” for many good coaches. Why?