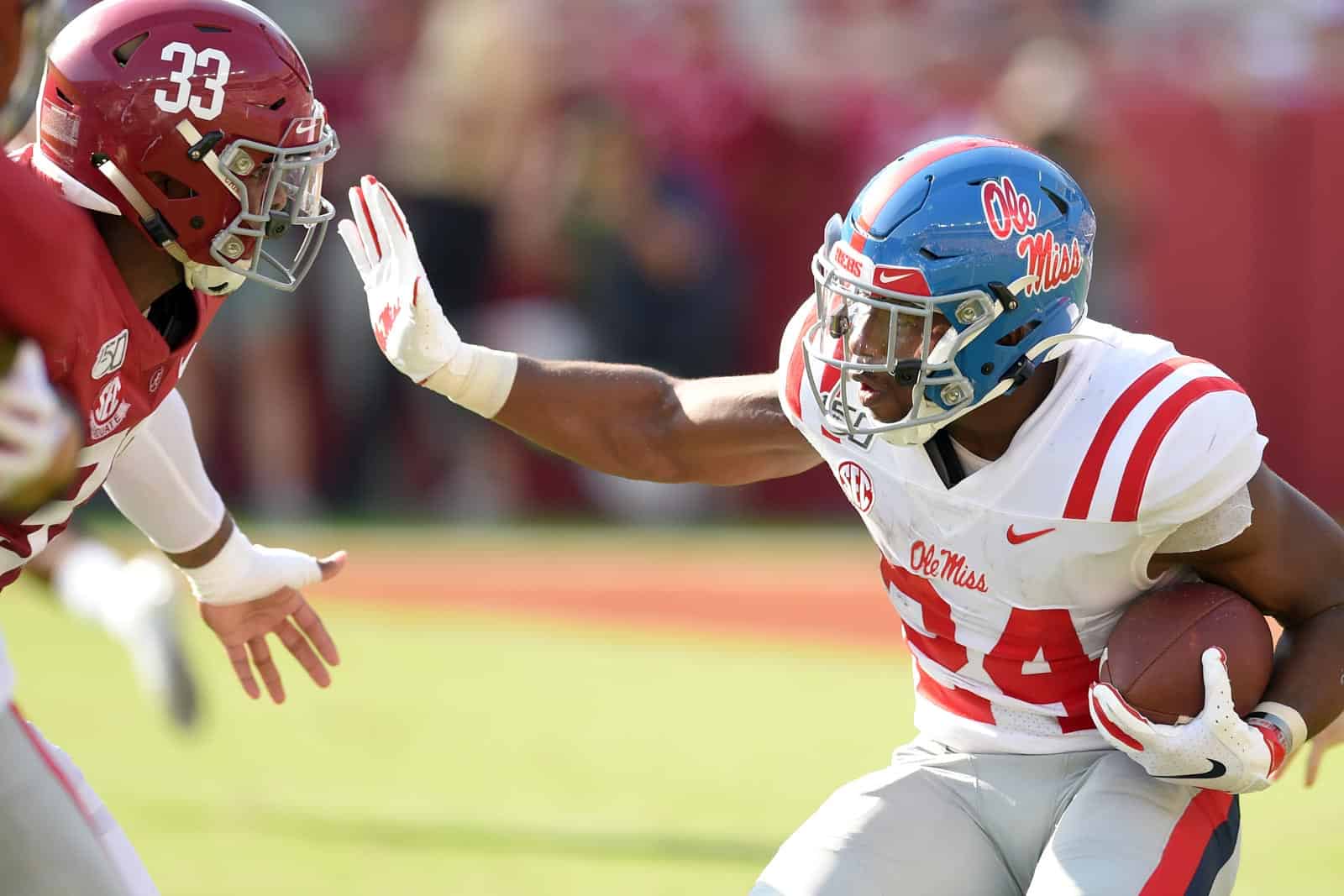 Welcome to Week 6 of 2020 SEC Football Predictions. This Saturday marks Week 3 of the SEC football schedule, which is two weeks prior to Week 1 of the Big Ten football season. Do the hokey pokey and turn yourself around and the Pac-12 will begin in four Saturdays.

Before we move to Week 6, it’d be a shame if I didn’t mention one of my best misses ever from last week. I predicted Kentucky to beat Ole Miss, 41-40, in overtime. I figured the Rebels would miss an extra point. In real life, it was Kentucky, rather, that missed the PAT and lost, 42-41. I also picked Georgia to lose to Auburn, 27-17, so I remain a humble expert and legendary predictor.

Grab a pencil and get ready to bet the entire lot of your bi-weekly wages. Here are your Week 6 SEC Football Predictions.

Florida has looked impressive in two wins to open the season, but the defense doesn’t look as dominant as in past seasons. Honestly, every team in the SEC and all of football could be accused of this as well, so it may be a moot point.

Texas A&M was hammered by Alabama last week in Tuscaloosa, but quarterback Kellen Mond was impressive. If he can put together a similar showing against Florida, this game will be very close.

Jimbo Fisher has yet to prove he can win big at a school where the quarterback’s last name isn’t Winston. He’ll probably fall short again as the Aggies disappoint everyone yet again in October.
PREDICTION: Florida 33, Texas A&M 21

This game will now be played in Columbia, Missouri, due to yet another hurricane in the Gulf. I don’t expect LSU to look sharp, but Missouri is a good team to not be your best against and still get a win.
PREDICTION: LSU 41, Missouri 17

The Gamecocks are favored by 13 and the over/under is set at 41.5 points. Vanderbilt is not great and South Carolina is not awful, so there’s that. I’m not advising anyone to gamble or anything, but I don’t see South Carolina winning by more than 13 points and neither team will score very many points.

South Carolina is coming off a 14-point loss at Florida. Although they are 0-2, the Gamecocks have been somewhat competitive.

Vanderbilt was outmanned against LSU at home last week, but lost to Texas A&M in College Station by less than a touchdown to open the season. Vanderbilt won’t win, but they won’t get blown out. This should be a competitive game for much of the afternoon.
PREDICTION: South Carolina 21, Vanderbilt 10

This will be a low-scoring affair between two of the most successful defensive coordinators in the history of Alabama football. Georgia’s defense was dominant in last week’s win over Auburn and the Dawgs will be barking loud again this Saturday. They’ll probably sound very loud if the crowd is anything like it was Saturday night. Sanford Stadium capacity was allegedly capped at 20,000, but I think some ushers and ticket takers took a break before kickoff because there appeared to be 20,000 in one section of the stadium.

Tennessee is 2-0 and ranked in the top 15 again for the first time since 2016. Georgia is right where everyone expected them to be. The offense needs to wake up, but the defense will do what Georgia’s defense does and that’s smash teams into submission.
PREDICTION: Georgia 23, Tennessee 12

Uh oh. Everyone is throwing eggs at the Gus Bus again on The Plains. Gus builds teams that are good enough to beat Alabama every two or four years, yet lose many other games because the offense is bad. Now the defense ain’t so hot either. I don’t know what that means for the remainder of the season, but we’ve seen this story arc before.

Arkansas would love nothing more than to slap a second W in the conference win column in as many weeks after a trip to Auburn. Even considering such a blasphemous thought two weeks ago would have sent SEC fans into hysterics. After playing well against Georgia in the opener and beating Mississippi State a week after the Bulldogs beat LSU, the Hogs look like a completely different team.

Auburn is not as bad as they looked against Georgia. If they are… eeeesh. Arkansas is not great, but former Gator Felipe Franks has been one heck of a quarterback these first two weeks. If he continues to improve each week, the West will be a nightmare. Auburns dreams may already be headed in that direction.
PREDICTION: Arkansas 27, Auburn 21

Lane Kiffin Dan Patrick on Wednesday of this week that he was telling someone he was concerned for Saban because he is elderly. He was joking, but then again, I assume that “someone” he was talking to was a recruit.

Isn’t it great to have Lane back in the SEC? He’s fun. He’s a brilliant offensive mind and if he can string together two good seasons, he could have Ole Miss competing with the Alabama’s of the world year-in and year-out.

This is year one, so he won’t compete Saturday, but his offense will move the ball.
PREDICTION: Alabama 51, Ole Miss 21

Kentucky and Mississippi State are both coming off losses last Saturday. Kentucky is a very disappointing 0-2 and reeling from an overtime loss over Ole Miss because of a missed PAT.

I have no reason for picking the Wildcats other than Mike Leach using up all his magic beans in Week 1’s win over LSU.
PREDICTION: Kentucky 35, Mississippi State 31