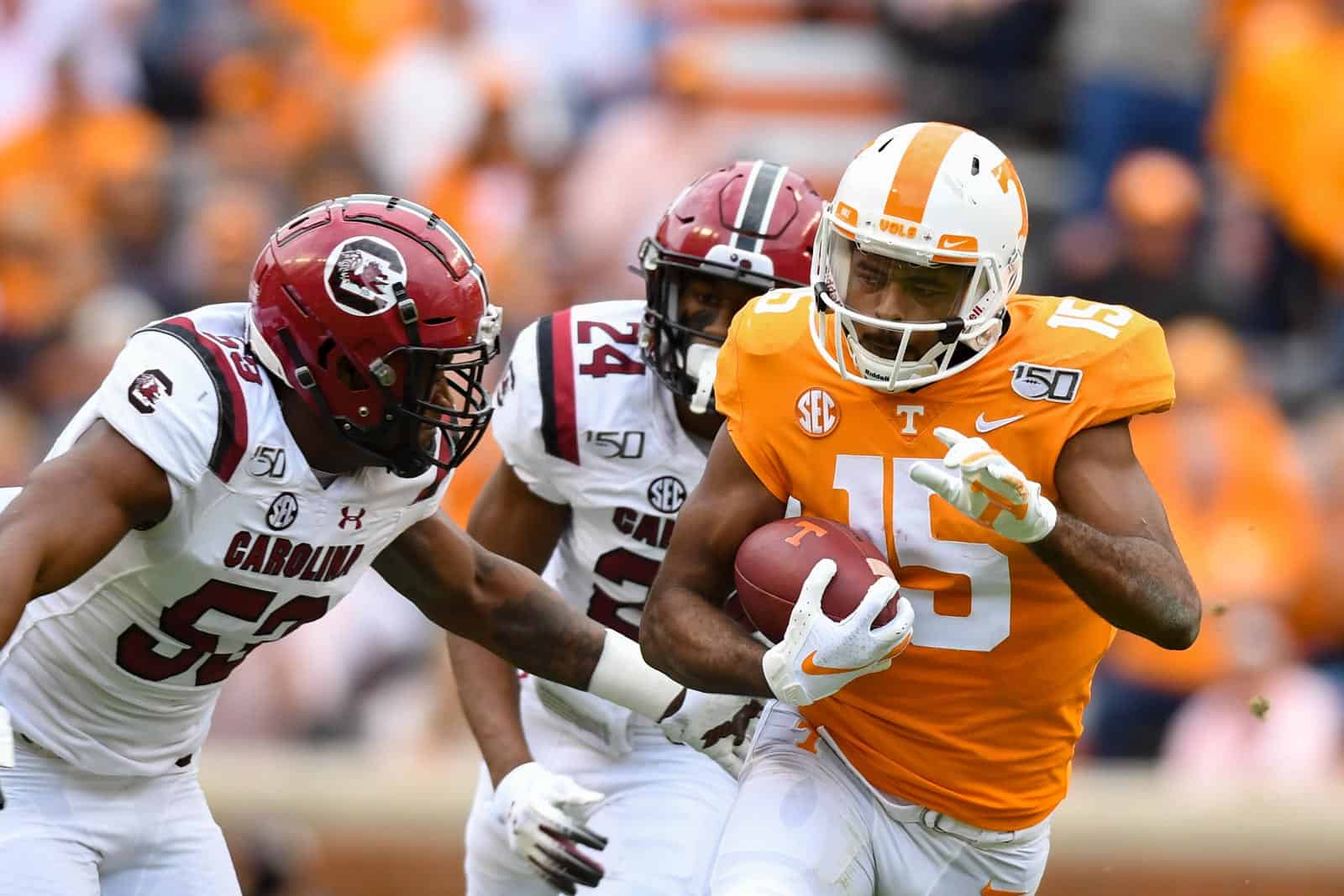 Welcome to Week 4 (but it’s kinda like Week 1 tho) of 2020 SEC Football Predictions! I only made it three weeks in 2019 before I had to opt out to focus on software development and stuff. After careful consideration (and Kevin Kelley saying yes), I have elected to opt back into the season.

Hasn’t 2020 been the greatest four years ever?

Put on your mask and let’s predict the first week of the ALL-SEC-CONFERENCE-ONLY 2020 SEASON.

The Lane Kiffin coaching tour’s next stop is Oxford, Mississippi. We’ve said this before, but Kiffin seems different. He’s more mature. He appears ready to be an SEC coach. After two layovers in Tuscaloosa and FAU, the rehab flight has landed in Oxford and the timing couldn’t be better for both the Rebels and Lane.

Unfortunately, Dan Mullen has Florida poised to make a run at the College Football Playoff and he’s in no mood to take part in a debut celebration for Kiffin and the Rebels.

The first couple of weeks will be sloppy for every team. An 11:00am Central kickoff in a quiet stadium will add to the weirdness that has been 2020. Ole Miss will see some success on offense, but the Lane Train (sorry, I’m required to write it once) won’t be at full speed for at least another year or two.
PREDICTION: Florida 31, Ole Miss 17

One thing I’ve always found to kill an upset before the game even kicks off is everyone predicting an upset. Unfortunately for Kentucky, they are the team everyone is touting as the team to shock the world in the opening week of the SEC season. It’s not so shocking when everyone with a microphone, smart phone, or laptop is calling for the upset.

Thus, I’ll be the lonely guy that goes way out on a limb and takes the Tigers of Auburn. Patrick Nix’s son could have a huge season. As I’ll say many times in this article, the first week will be sloppy. Auburn will win, but it’ll be ugly and the almost 20,000 fans that will be spread out across the Jordan-Hare Stadium bleachers may feel anxiety over the sloppy play from the Gus Bussers.
PREDICTION: Auburn 21, Kentucky 17

We got us a pirate in the SEC. Starkville has gone from Dullsville to Woot City in a matter of months with the hiring of offensive genius (or just a genius in general) Mike Leach.

The state of Mississippi may have spent the past 50 years stuck in the 1960s, but they ran head first into the 21st century in 2020 with a new state flag and the hiring of two very progressive, forward-thinking offensive-minded coaches.

LSU is returning Ed Orgeron and no one else from the 2019 national championship team that broke every offensive record ever recorded. My laptop’s internal temperature is running at about 212 degrees after attempting to process the sentence mentioning the Bengal Tigers as an offensive juggernaut. It’s still hard to believe. Even in 2020 (there’s another 2020 reference… ain’t it something? 2020 is crazy).

Although everyone associated with the program has left for the NFL or some form of a promotion in the college ranks, LSU is stocked with talent. This isn’t just a one year thing either. They have been stacked for the better part of almost two decades and now they have a guy in Orgeron who’s actually willing to allow an offensive coordinator use the guy that takes the ball from the center on every snap. Les Miles still doesn’t know he had Odell Beckham, Jr. at wide receiver.

This will be a sloppy game and Mississippi State will scare the bejesus out of the Tigers, but Orgeron and the unrecognizable players that will become household names within two weeks will get the win.
PREDICTION: LSU 27, Mississippi State 26

Arkansas has another new coach. Georgia is stacked and packed and ready to make another run for the College Football Playoff. The East is much more competitive in 2020, not to mention the crazy season format that 2020 brought upon us. I mean, 2020. Am I right?
PREDICTION: Georgia 34, Arkansas 3

Alabama quarterback Mac Jones won the right to be the guy to hand the ball to Najee Harris as many times as he can before throwing to wide open receivers like Jaylen Waddle and DeVonta Smith. Alabama is ready to make a run for their sixth national championship under Nick Saban.
PREDICTION: Alabama 38, Missouri 10

A&M travels to Tuscaloosa next week to play a game that will set the tone in the West very early in the season. But first, the Aggies have to play a warmup against a depleted Vanderbilt team that will be lucky to cross the 50-yard-line.
PREDICTION: Texas A&M 45, Vanderbilt 0

Tennessee comes into Columbia as only a 3.5-point favorite over the Gamecocks. Until Jeremy Pruitt and the Vols can prove to the college football world that they understand the season starts before late October, Tennessee will be overlooked in the early weeks of the season.

A strong start in Saturday’s SEC nightcap will provide a ton of momentum for a long 10-game conference season. The East is winnable if the Vols can win the games they should win. This is one of them.
PREDICTION: Tennessee 34, South Carolina 24

Eric Taylor is a software developer (for hire) and is a proud seasonal contributor to FBSchedules.com. Follow him on Twitter @EricFromSpfld or contact him via email at [email protected]  Be sure to Like the Facebook page Facebook.com/EricTaylorWritesStuff  for the latest on the 2019 SEC Football Predictions as well as all the things.