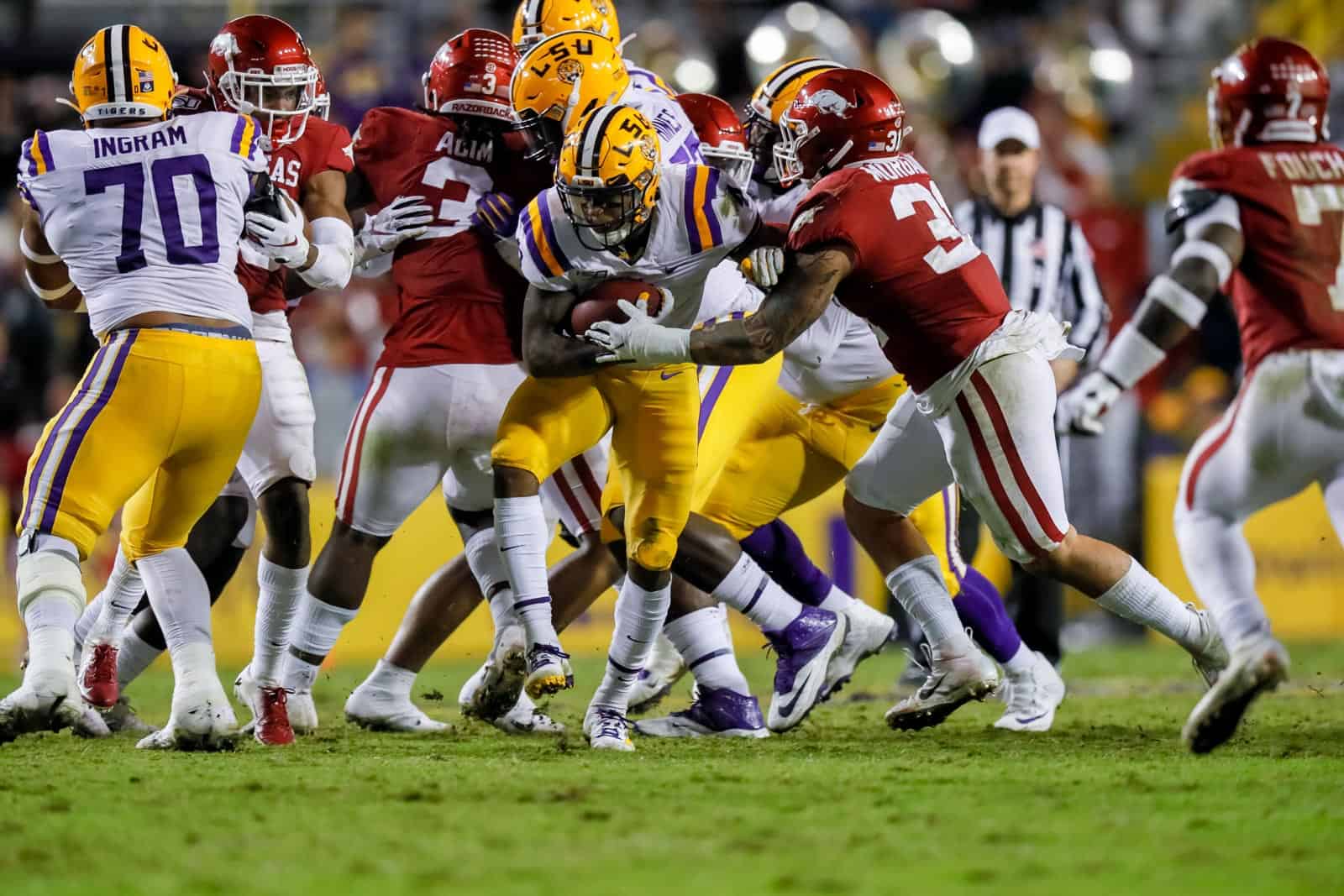 We’ve survived and advanced to another week of SEC Football. I don’t want to brag, but my Ole Miss-South Carolina pick of 59-42 was exactly right. Pay no attention to the other scores, though.

Which games will we get right this week? Yeah. Probably all of them.

Kyle Trask has already thrown for three touchdowns in this game as you are reading this. He’ll throw for a few more in Nashville once the game kicks off.
PREDICTION: Florida 70, Vanderbilt 12

LSU is favored by all of 2.5 points in a game against a team whose 3-4 record is already considered a huge success. Arkansas was chomped up pretty badly in The Swamp last week against Florida. Although beaten, the Hogs are not unstable. The same cannot be said for LSU. There’s a lot of ugly stuff going on in Baton Rouge right now and I’m afraid not much good is going to come out of this trip to Fayetteville.
PREDICTION: Arkansas 41, LSU 35

Alabama has not played a game for two consecutive Saturdays and they return just in time to take on Kentucky in Tuscaloosa. The ‘Tide is favored by 30 points and for good reason. Although Kentucky has been competitive much of the season, this matchup for the Wildcats against Alabama is bad on all accounts. Kentucky can run the ball well and passes about as much as a military school.

The defense is not its usual great self in Tuscaloosa, but successful offensive teams get yards through the air against Alabama. The ‘Tide have athletes spilling out all over the place on the defensive side of the ball. A predictable run-first offense will provide nothing but a playground of fun for Saban’s defense this week. When Kentucky decides to pass, it’ll be an opportunity to see a pick-six or two.

It may get ugly in Tuscaloosa on Saturday afternoon.
PREDICTION: Alabama 66, Kentucky 6

I wish this game was played more often. Tennessee and Auburn have a ton of history in the SEC and a ton of history competing against each other. Former Auburn coach, Pat Dye, and former Tennessee coach, Johnny Majors, died just a couple days apart during the offseason. Very fitting for two of the signature names that brought the SEC into the television era of college football.

Saturday night’s game on The Plains won’t be for a championship, but it’ll mean a ton to fans over the age of 40. Expect an entertaining game. Tennessee won the last time they played here in 2018. Can they do it again?

Looks like the Dawgs may bring out the black jerseys for this JT Daniels party. This will be one of those games where people will ask, “Man, what if they’d just played Daniels from the beginning of the season?” I don’t have an answer. I just know people will ask it. The passion of SEC fans does not translate into creativity. We ask the same questions and ooh and ahhh over the same things every year. The late-season quarterback change with said quarterback having success is one of those things we love to holler about at Thanksgiving dinner.

CBS hasn’t televised an SEC football game in two weeks. That’s a ton of money and the Rona don’t care. You know who has televised a game? Yep. The SEC Network Alternate. 2020, y’all!

Mike Bobo will be the head coach Saturday because South Carolina fired Will Muschamp over the weekend. This will be that game where SEC fans holler, “Hey, Pawwwwwlll! What about Mike Bobo? Man, why ain’t he been the head coach the whole time, Pawwwl. These players love playing for him. I know a guy who knows the mom of the punter’s dentist and he said these boys want to play for Mike Bobo.”
PREDICTION: South Carolina 45, Missouri 28