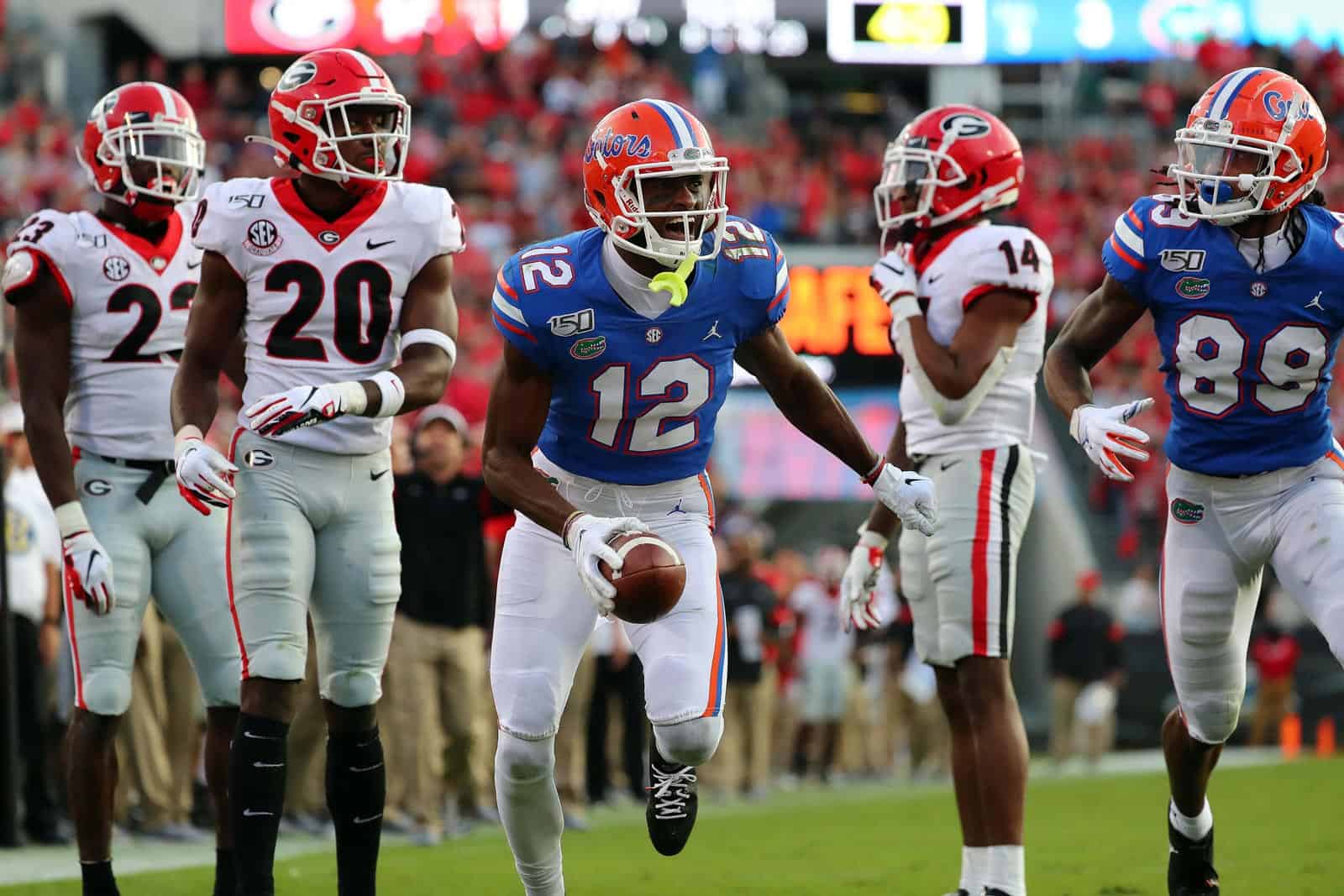 The votes are in and the people have spoken and your 2020 SEC Football Predictions will continue to be published for at least another week. We expect Nevada’s results to be released prior to the SEC Championship Game.

Florida is playing great on offense and Georgia is playing great on defense. Georgia quarterback, Stetson Bennett, has regressed since beginning the season as a surprise success for the Bulldogs. He even had the mailman nickname. Now that SEC defenses have figured him out, he’s been less than pedestrian.

Florida’s Kyle Trask has already thrown for 18 touchdowns in four games and has the Gators offense averaging 42 points per game. Georgia’s defense is only giving up 16 points per game, but Alabama scored 41 points in the Bulldogs most recent game against an explosive offense.

Georgia’s biggest challenge will be playing offense well enough down the stretch to keep the defense off the field. A consistently inefficient offense will kill a great defense, and I’m afraid Georgia may find themselves in that predicament when playing against a good offensive team.
PREDICTION: Florida 24, Georgia 21

This game has not been postponed. With a combined record of 1-8, the Commodores and Bulldogs bring the heat on Saturday afternoon.
PREDICTION: Mississippi State 28, Vanderbilt 3

I was very impressed with South Carolina and predicted they would defeat LSU prior to the Bengal Tigers’ 52-24 spanking of the Gamecocks one week before LSU was pummeled by Auburn. I talked a little too much smack about the Aggies last week and picked Arkansas to win. Luckily, @MikeOxofloppin on Twitter kindly reminded me that my take was trash. And, quite honestly, he’s the only one whose take was correct last week.

South Carolina may have used up all their special powers early in the season and Texas A&M may run the table the remainder of the season, contrary to the manifesto I wrote in last week’s predictions. I will do something I rarely do and take the Aggies in November.
PREDICTION: Texas A&M 41, South Carolina 24

Arkansas is better than we thought, but not great. Tennessee is not great and worse than we thought. That has the making of a pretty competitive game. Enjoy this surprisingly entertaining battle in Fayetteville Saturday night.
PREDICTION: Arkansas 37, Tennessee 35

Thanks. I’m just hopeful I’ll have a game to predict for Week 11.