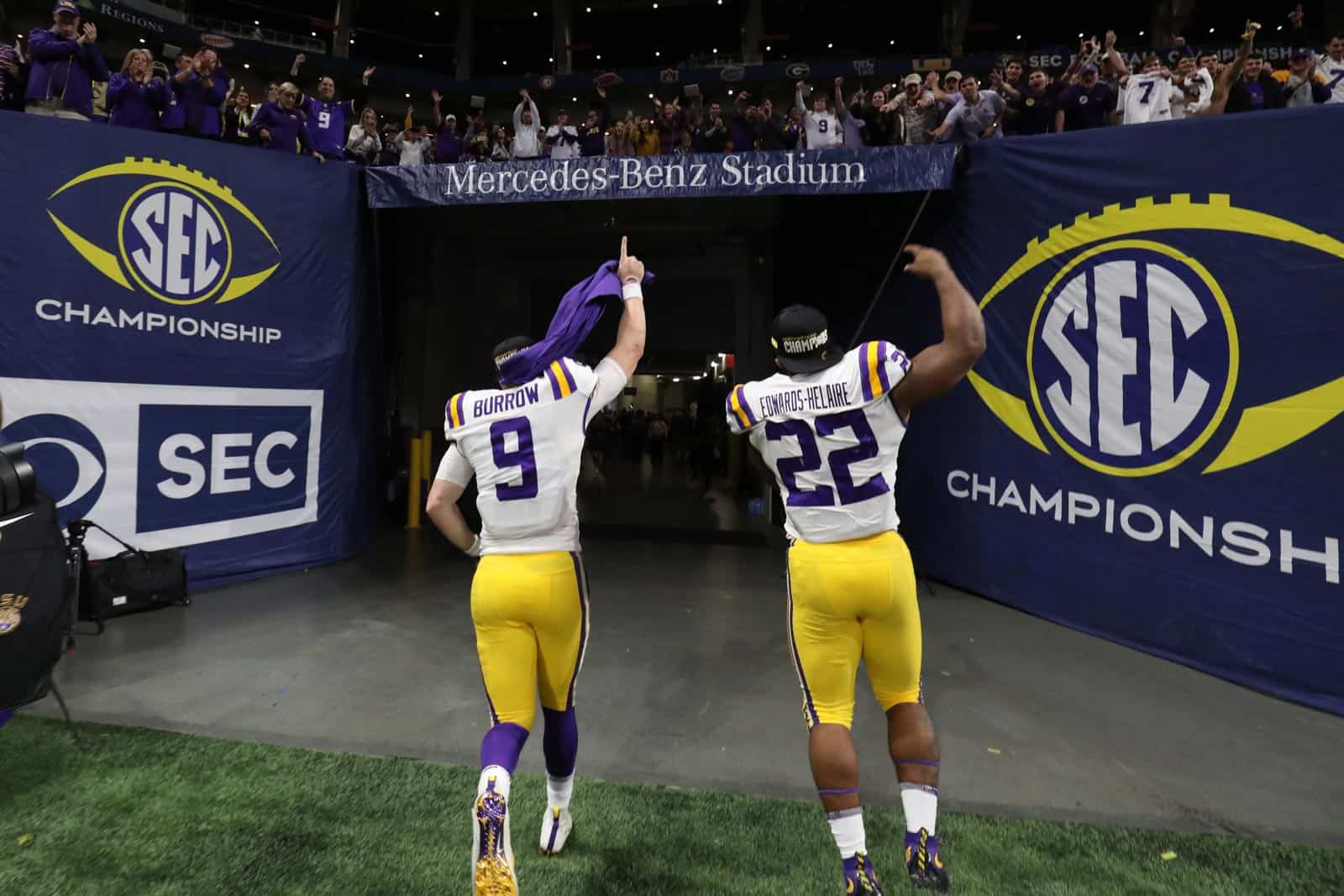 The SEC Football Championship Game on Saturday, Dec. 19 will kickoff in primetime, the conference announced on Thursday.

Winners of the SEC’s East and West divisions will square off at Mercedes-Benz Stadium in Atlanta, Ga. The game will be televised nationally by CBS at 8:00pm ET.

The representative from the East Division will be the home team in this year’s game.

The primetime slot for the 2020 SEC Football Championship Game is the first since the 2006 season when the Florida Gators defeated the Arkansas Razorbacks 38-28 at the Georgia Dome.

The Alabama Crimson Tide, ranked 2nd in the country in both the Associated Press and Amway Coaches polls, are currently the favorite to represent the West Division in the championship game.

In the East, the Georgia Bulldogs and Florida Gators both have one conference loss. Their neutral-site matchup at TIAA Bank Field in Jacksonville, Fla., on Saturday, Nov. 7 could ultimately decide who plays in Atlanta on Dec. 19.