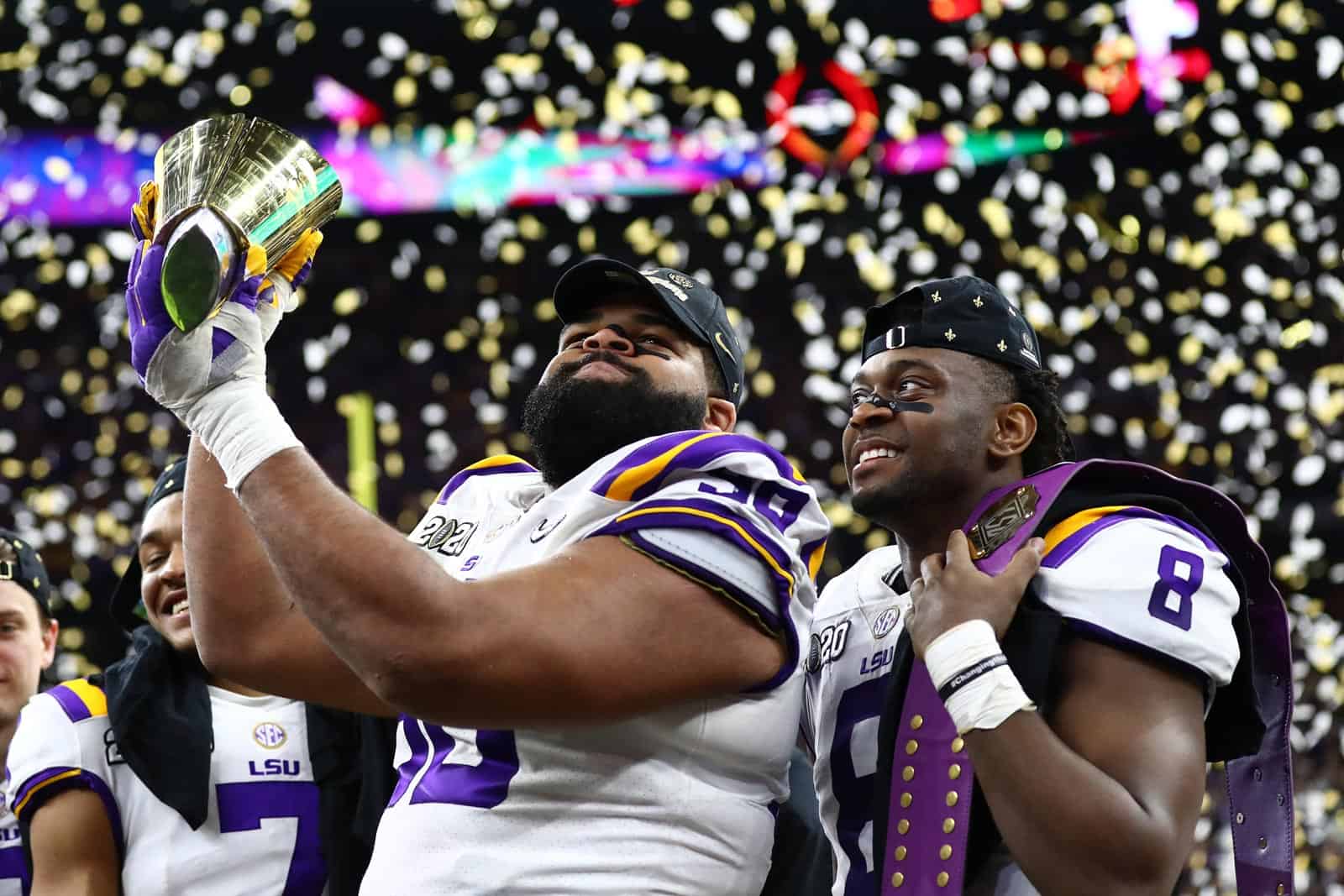 The 2020 preseason Coaches Poll has been released and the Clemson Tigers top the rankings. Clemson received 38 first place votes and 1,589 total points.

Clemson is followed by Ohio State in second, Alabama in third, and Georgia in fourth. LSU, which won the College Football Playoff National Championship last season, debuts in fifth place.

Other teams receiving first-place votes include Ohio State with 17, Alabama with four, and LSU with six.

The Big Ten and SEC lead all conferences with six teams apiece in the Top 25 poll. The ACC and Big 12 follow with four ranked teams each. Listed below is the full conference breakdown:

The complete 2020 Preseason Coaches Poll is listed below (first place votes in parentheses):

Polls don’t mean squat this year……neither does a national championship. Schools should just play if they can and enjoy the season for what its worth.