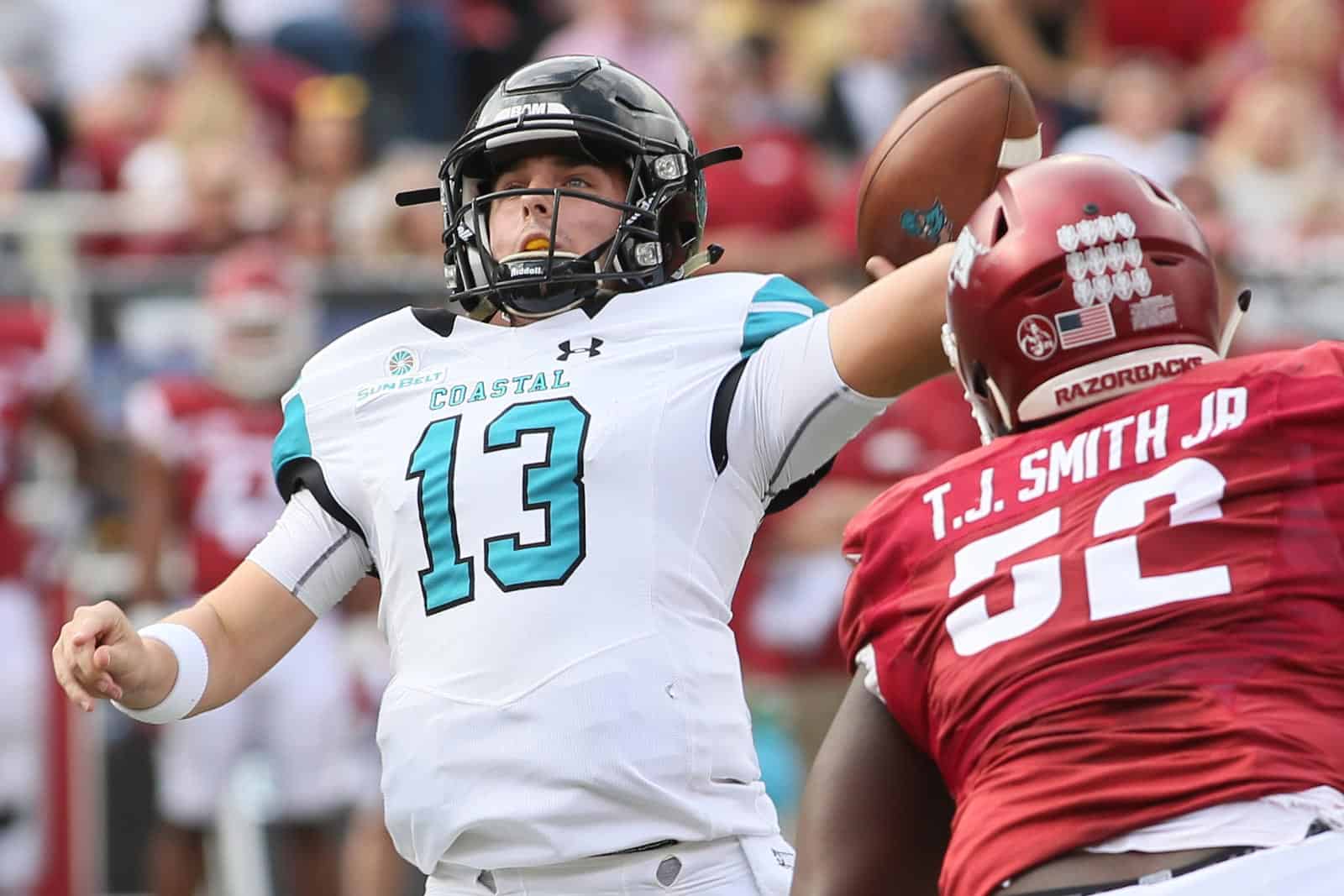 The 2020 Campbell Camels at Coastal Carolina Chanticleers football game has been moved to Friday night, CCU has announced.

The Campbell-Coastal Carolina contest, which was scheduled just over a week ago, will mark the second meeting between the two schools on the gridiron. In their first and only matchup back in 2018, the Chanticleers defeated the Camels 58-21 in Conway.

The addition of Campbell completed Coastal Carolina’s revised schedule for the 2020 season. Coastal Carolina is slated to open the season on Saturday, Sept. 12 on the road against the Kansas Jayhawks.

Campbell, a member of the Big South Conference in the Football Championship Subdivision (FCS), will play a limited non-conference schedule this fall after their conference slate was postponed.

All four of Campbell’s opponents in 2020 are from the Football Bowl Subdivision (FBS) and all four games are on the road. The Camels are slated to open their fall schedule at Georgia Southern on Sept. 12. After playing at Coastal Carolina on Sept. 18, the Camels take on Appalachian State on Sept. 26 and Wake Forest on Oct. 9.