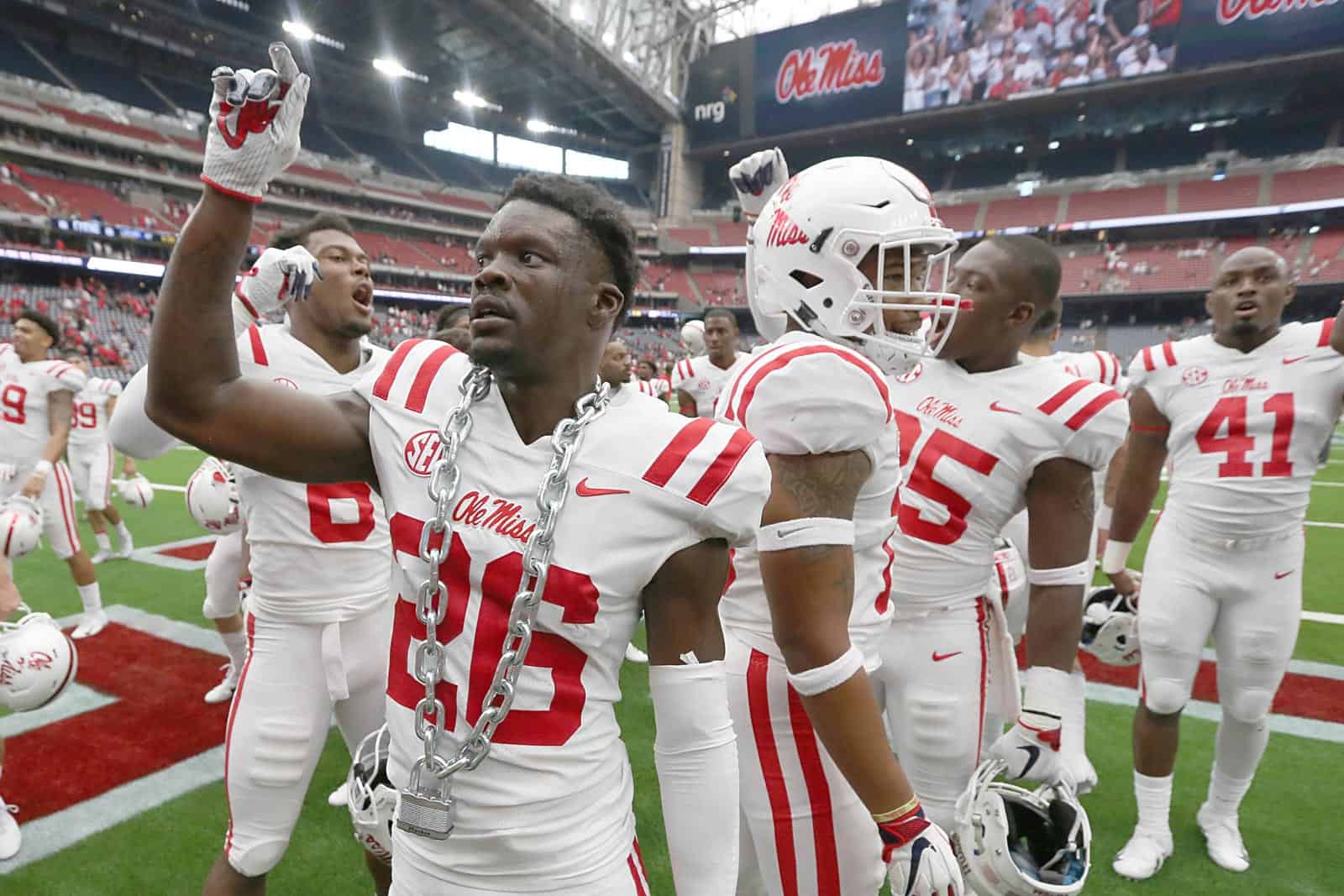 The 2020 Baylor Bears-Ole Miss Rebels football game has been pushed back one day to Sunday, Sept. 6, it was announced on Monday.

Baylor and Ole Miss will meet at NRG Stadium in Houston, Texas, in the 2020 Texas Kickoff. The game, previously scheduled for Saturday, Sept. 5, will be televised nationally by an ESPN Network.

“ESPN’s Sunday game during kickoff weekend has quickly developed into a strong franchise,” said Pete Derzis, ESPN senior vice president of programming and ESPN Events. “We look forward to continuing that success as we feature two head coaches in their inaugural games with two great programs. We want to thank the schools and our Texas Kickoff team for recognizing this unique opportunity.”

The Texas Kickoff, previously sponsored by AdvoCare, began in 2013 with Oklahoma State defeating Mississippi State 21-3. Ole Miss has appeared in the game once previously, defeating Texas Tech 47-27 in 2018, while Baylor will be making their first appearance.

“As preparations continue in hopes of starting the 2020 athletics season as scheduled, we are excited to see Ole Miss showcased on this national stage as our football program begins a new era under Coach Kiffin’s leadership,” said Keith Carter, Ole Miss Vice Chancellor for Intercollegiate Athletics. “With decisions and planning surrounding the college football season ongoing, we hope the Ole Miss family is able to make their plans to join us in Houston, particularly our large family of Texas Rebels.”

The contract did not specify home/away. But looking at the seating chart, Baylor is on the “home” side (Houston Texans home side).