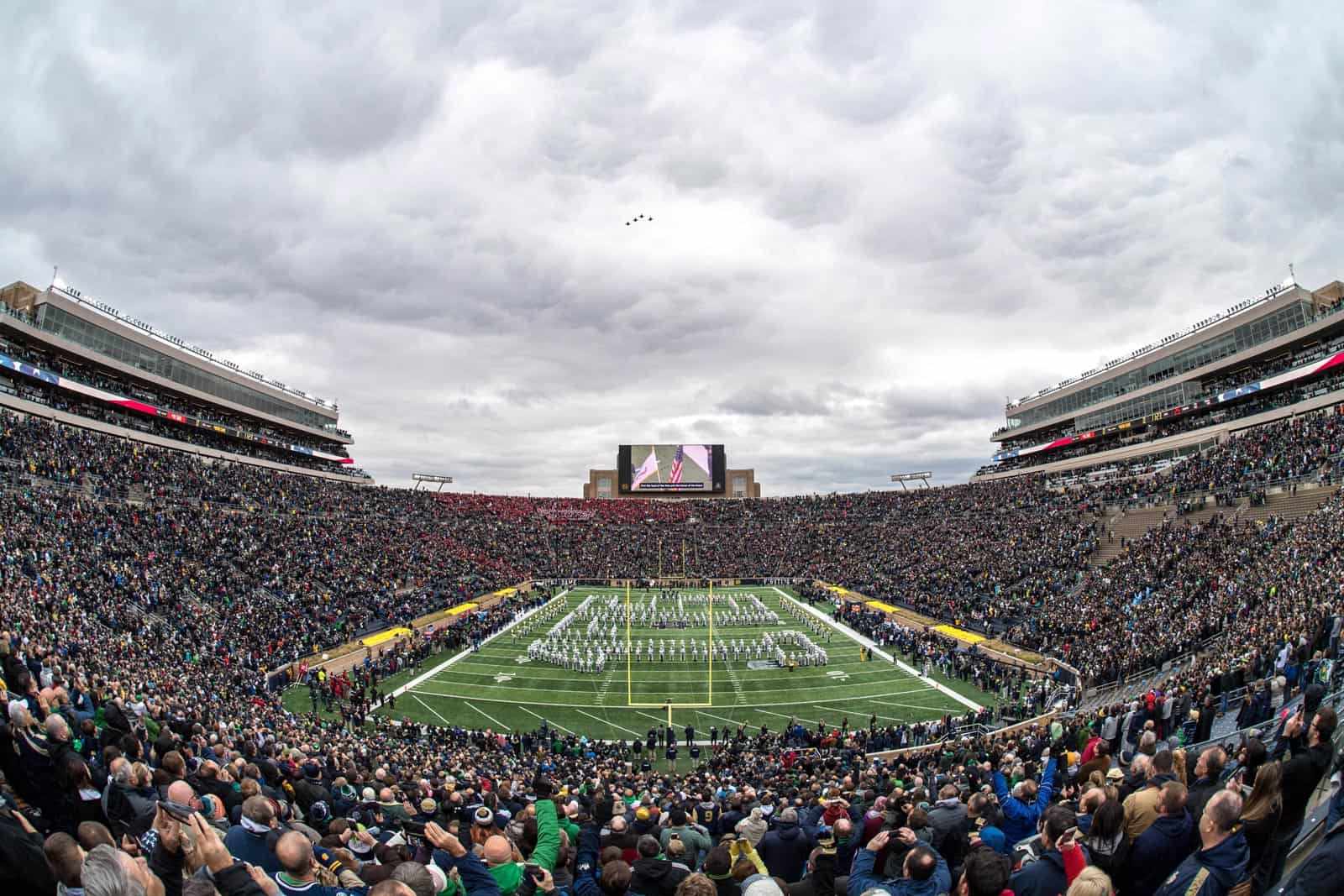 The Arkansas Razorbacks and the Notre Dame Fighting Irish have agreed to reschedule their postponed football game in 2020 to the 2028 season, both schools announced on Friday.

Notre Dame was previously scheduled to host Arkansas on Saturday, Sept. 12, 2020, but the game was canceled due to the novel coronavirus 2019 (COVID-19) pandemic.

The Fighting Irish will now host the Razorbacks at Notre Dame Stadium in South Bend, Ind., on Saturday, Sept. 16, 2028. The game will mark the second meeting between the two schools on the gridiron.

The first meeting between Notre Dame and Arkansas will occur on Saturday, Sept. 27, 2025 at Donald W. Reynolds Razorback Stadium in Fayetteville, Ark., in the originally scheduled season. The two schools originally agreed to a home-and-home series back in July 2017.

With the rescheduling of the Arkansas game to the 2028 season, the Notre Dame Fighting Irish now have eight opponents on their Independent schedule. Other scheduled opponents include Alabama, Boston College, Clemson, and Miami (FL) at home and Purdue, Virginia Tech, Pitt, and Navy on the road.

Notre Dame is the second scheduled non-conference opponent for the Arkansas Razorbacks in 2028. Arkansas is also scheduled to host the Memphis Tigers on Sept. 9.

Pretty nice home schedule for ND in 2028, with the Irish hosting Clemson, Miami, Alabama, BC and Arkansas.

Oh if ND could navigate this schedule.

They still need a game for 2022. I say play Washington as a Shamrock Series game at Jerryworld. Two schools could also play a home and home in 2029 in South Bend and 2030 in Seattle.

Nah, if ND is going to play Washington, play the games in South Bend and Seattle. Husky Stadium is one of the great venues in the game. Not interested in Jerryworld.