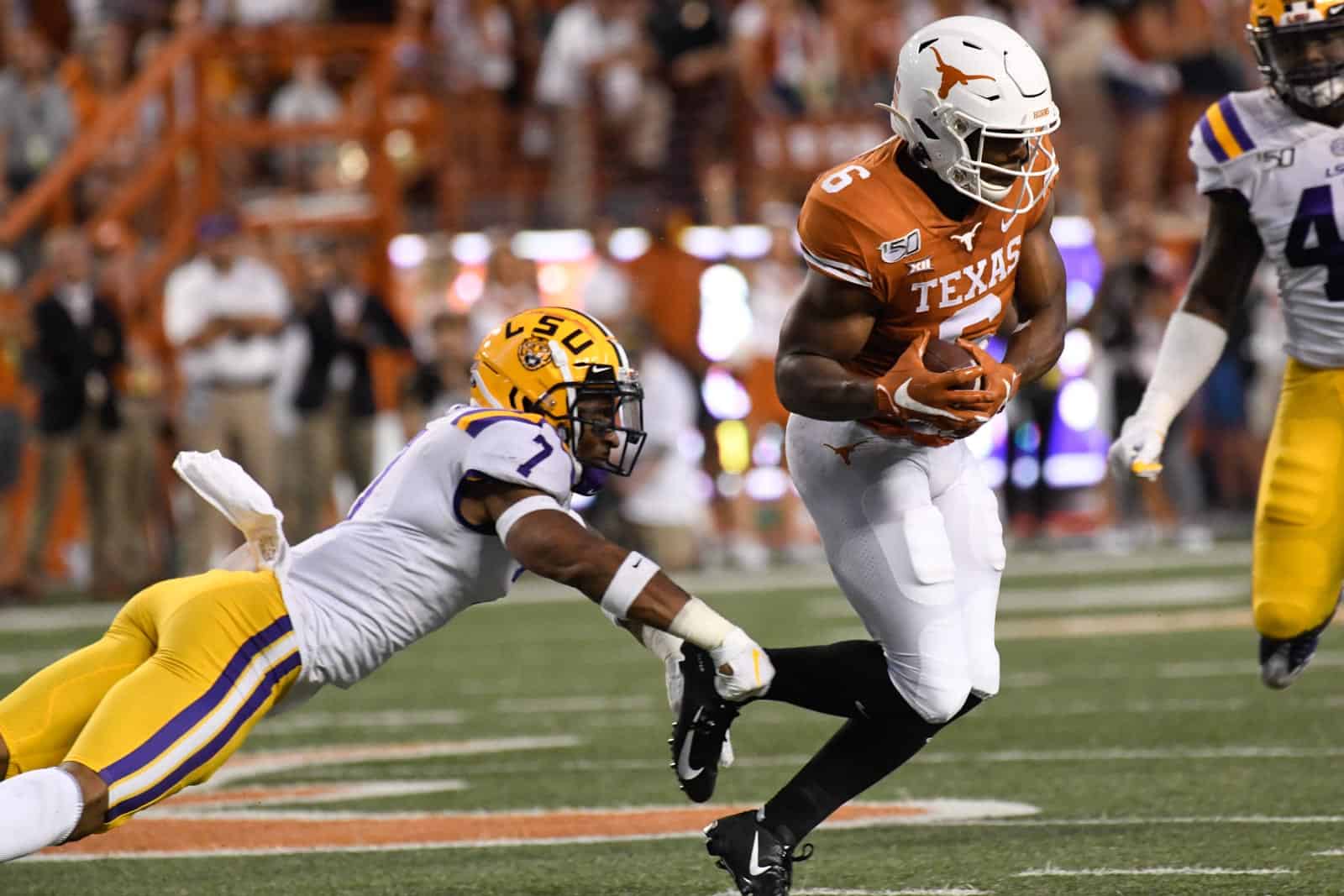 Of the top 21 teams with the best shot of winning the College Football Playoff title – according to the oddsmakers in Vegas – 11 (or 52%) will play one of their non-conference games at the opposing team’s home field. The other ten will play their entire non-league schedule at home.

This caveat may have an impact on who is – and isn’t – unscathed when the CFP committee sits down to field the 2020-21 bracket.

These games all have the potential to become subtle difference makers in the narrative of this season.

As a note, each of the teams listed will play a true road game. Neutrally sited games are not included.

Clemson’s last away game in non-ACC play other than South Carolina (which it plays annually) was a visit to College Station to play Texas A&M in Week 2 of the 2018 season, a narrow 28-26 win. Its most recent loss to a non-conference opponent on the road came in 2014 when it opened at (12) Georgia and fell 45-21.

Oklahoma is one of three top contenders set to play its non-conference roadie at a non-Power school. The Sooners played a non-Big 12 opponent on the road as recently as last season, scoring a 48-14 win at UCLA in Week 3. They haven’t lost such a game since 2009 when they got edged 21-20 at (17) Miami Fla. The last time they visited a non-Power opponent was in 2014 when they scored a 52-7 win at Tulsa.

Penn State’s most recent non-league road game came in 2018 when it visited Pitt and blasted the Panthers 51-6. Its last loss to such an opponent came two years earlier, in 2016, when it fell 42-39 at, again, Pitt.

The Longhorns played a non-conference away game as recently as 2017, when they, as an unranked team, visited (4) USC and got edged 27-24. They haven’t won a true non-Big 12 roadie since 2012 when they visited Ole Miss and dominated the Rebels 66-31.

Michigan’s most recent non-conference away game came in the 2018 opener, a 24-17 loss at (12) Notre Dame. Its last such win came in 2013 when it traveled to UConn and won 24-21. The Wolverines haven’t won an away game against a non-conference opponent that’s now considered a Power club since a 2010 win at Notre Dame.

The Hurricanes last visited a non-ACC opponent in 2018 when they made the trek to Toledo, Ohio and beat the Rockets 49-24. Their most recent road trip to a Power program’s venue came in 2016 when they lost 30-27 at Notre Dame. They haven’t beaten a current Power club out of ACC play on the road since a 2010 win at Pitt (the Panthers were Big East members until 2012).

Utah hit the road to play a non-conference opponent as recently as last season when it visited BYU in its opener and won 30-12. Its last win at a Power 5 member’s home was in 2014, a 26-10 victory over Michigan in the Big House.

“It amounts to the Tigers being 21% more likely to lose at Notre Dame than if they would have played them at home.”

This isn’t correct as it assumes that the quality of Clemson’s home and away opponents is equal. Given that Clemson’s home schedule regularly features one-off games with mid-majors (Charlotte, Georgia Southern, Kent State, Troy) and FCS schools (Wofford, Furman, The Citadel, SC State), teams that Clemson would never have a corresponding road game against, it’s probably fair to assume that their road slate features significantly higher quality opponents than their overall home schedule.