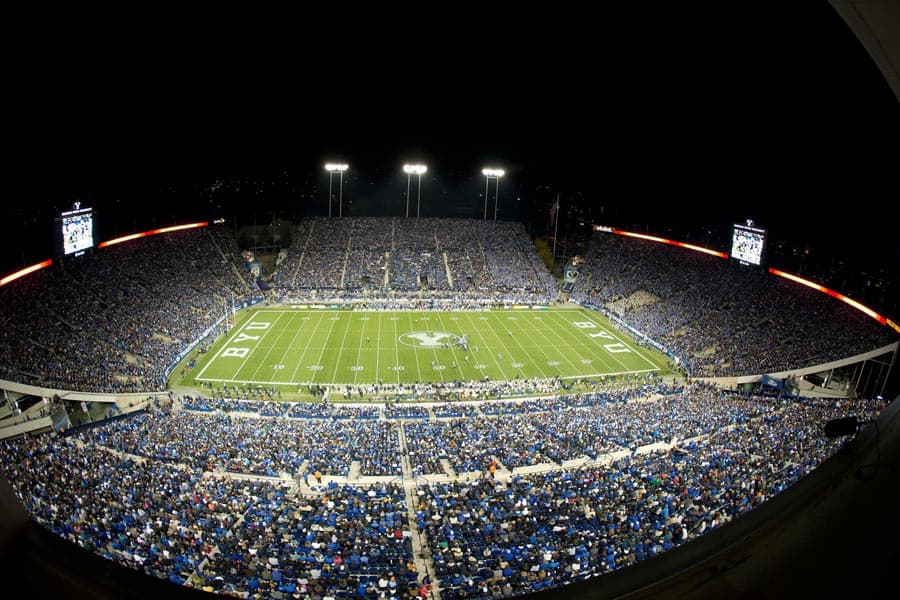 The 2019 Wisconsin Badgers at BYU Cougars football game has been moved to the 2017 season, BYU announced today.

ATTENTION: The home game against Wisconsin in 2019 has been rescheduled to Sept 16, 2017 at LES #GoCougs #BYUFOOTBALL pic.twitter.com/C3om05Fsmu

As indicated above, Wisconsin will now visit BYU at LaVell Edwards Stadium in Provo on Sept. 16, 2017. The game will now be the first of a home-and-home that concludes in Madison on Sept. 15, 2018.

Wisconsin’s schedule for the 2017 season is complete, including Big Ten Conference games. Other non-conference games for the Badgers include Utah State and Florida Atlantic, both in Madison.

Interestingly enough–the Wisconsin 2017 schedule previously did not conform to the B1G’s scheduling guidelines that start in 2016 (1 OOC P5 game). Now after this change, it does. Could that be what drove the changes?

Larry…we’re coming to BYU & bringing HELL with us!! Bradly