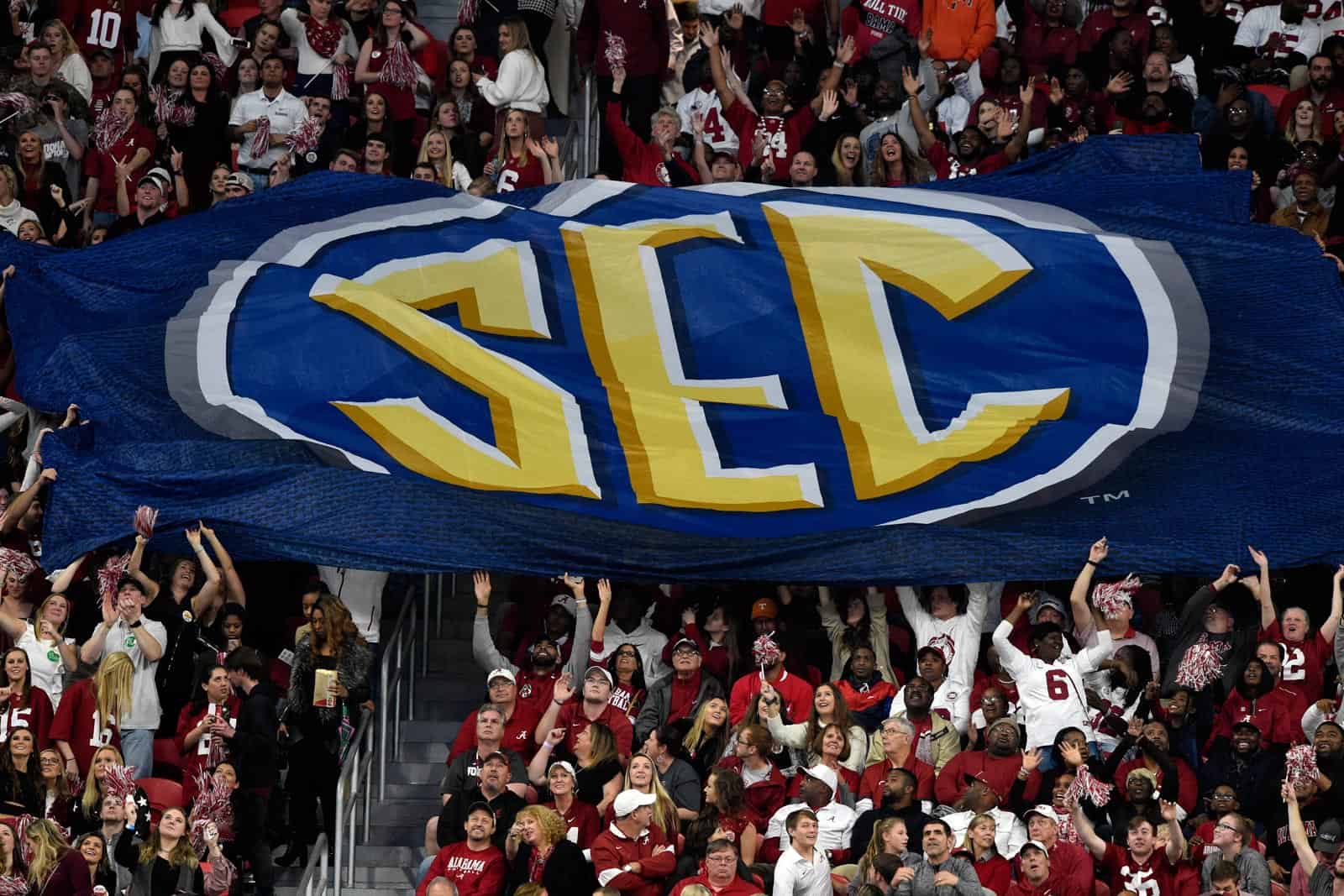 The 2019 SEC Championship Game is set with the Georgia Bulldogs taking on the LSU Tigers. The game will be played on Saturday, Dec. 7 at Mercedes-Benz Stadium in Atlanta, Ga.

The SEC Championship Game, which began in 1992, is now on it’s 28th edition. The first two games were played at Legion Field in Birmingham, Ala., with the next 23 at the Georgia Dome in Atlanta. Mercedes-Benz Stadium, which opened in 2017, is now hosting its third SEC Championship matchup.

The 2nd-ranked LSU Tigers clinched the SEC West Division after rolling through the season undefeated with 12 consecutive victories (8-0 SEC). The Tigers are making their sixth SEC Championship Game appearance, and their first since 2011, when they crushed Georgia 42-10 at the Georgia Dome. LSU is 4-1 in the SEC Championship Game.

The fourth-ranked Georgia Bulldogs claimed the East Division crown with a 7-1 record (11-1 overall), the lone blemish a 20-17 double-overtime loss at home to the South Carolina Gamecocks on Oct. 12. Georgia will be playing in its third-consecutive SEC Championship Game and is 3-4 overall.

LSU and Georgia met most recently last season at Tiger Stadium in Baton Rouge, La. LSU won that game 36-16 and currently holds a 17-13-1 edge in the overall series.

The winner of the SEC Championship Game will likely advance to the College Football Playoff Semifinals. LSU is likely in the CFP regardless of Saturday’s outcome, while Georgia would be out if they suffer a second loss.

I rarely listen to the announcers anymore. I watch the game on TV, but listen to it on the radio.