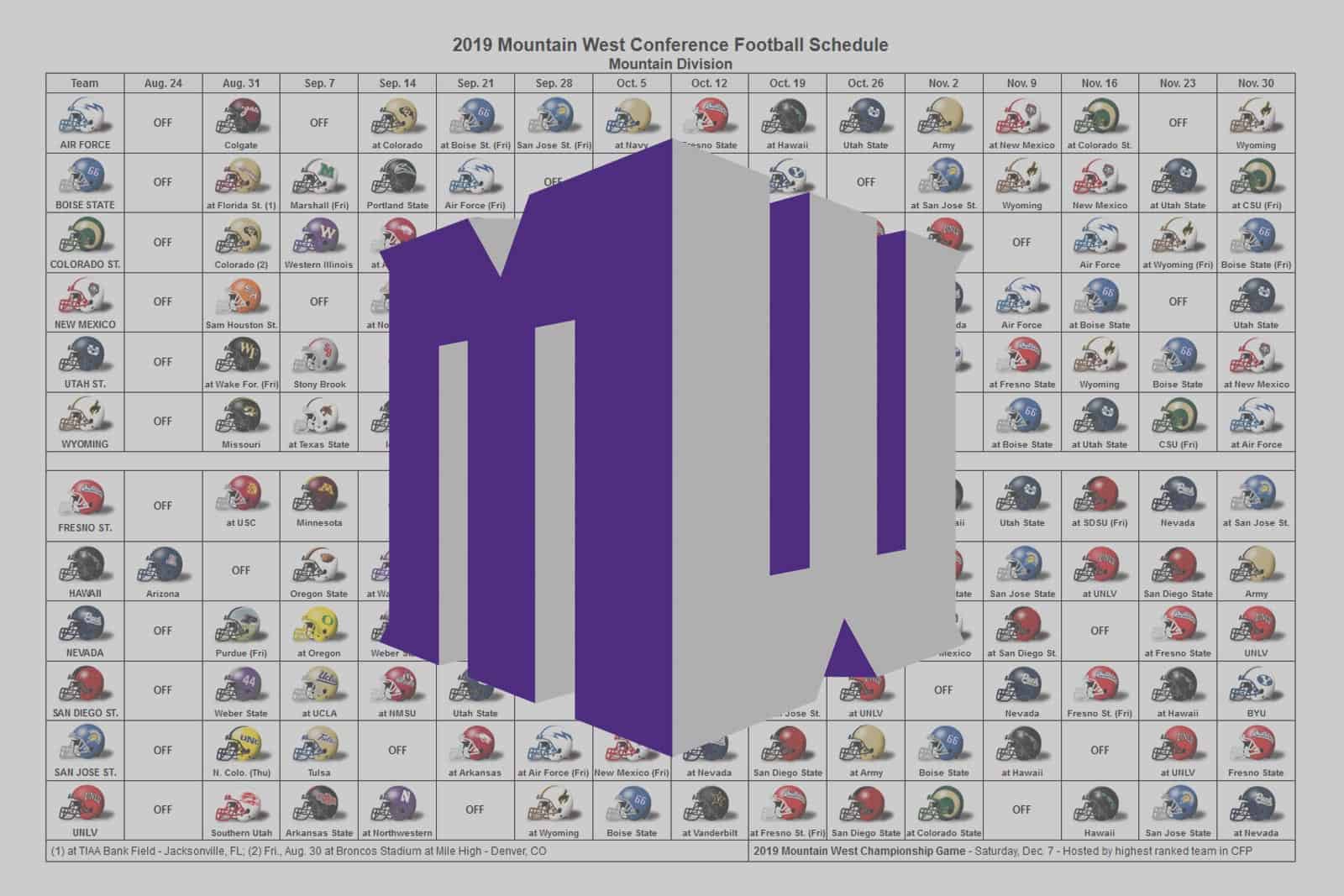 The 2019 Mountain West Football Helmet Schedule is now available. The PDF schedule features the team helmets, date, and opponent for each MWC team.

The 2019 season gets underway for the Mountain West in Week Zero on Saturday, Aug. 24 when the Hawaii Rainbow Warriors host the Arizona Wildcats. The game will be televised by CBSSN at 10:30pm ET.

Six Mountain West teams will be in action against Power Five teams during Week 1 — Boise State (vs. Florida State; in Jacksonville, FL),  Colorado State (vs. Colorado; in Denver), Utah State (at Wake Forest), Wyoming (vs. Missouri), Fresno State (at USC), and Nevada (vs. Purdue).

The 2019 Mountain West Football Championship Game is set for Saturday, Dec. 7 and will be played at the home stadium of the Mountain or West Division winner.