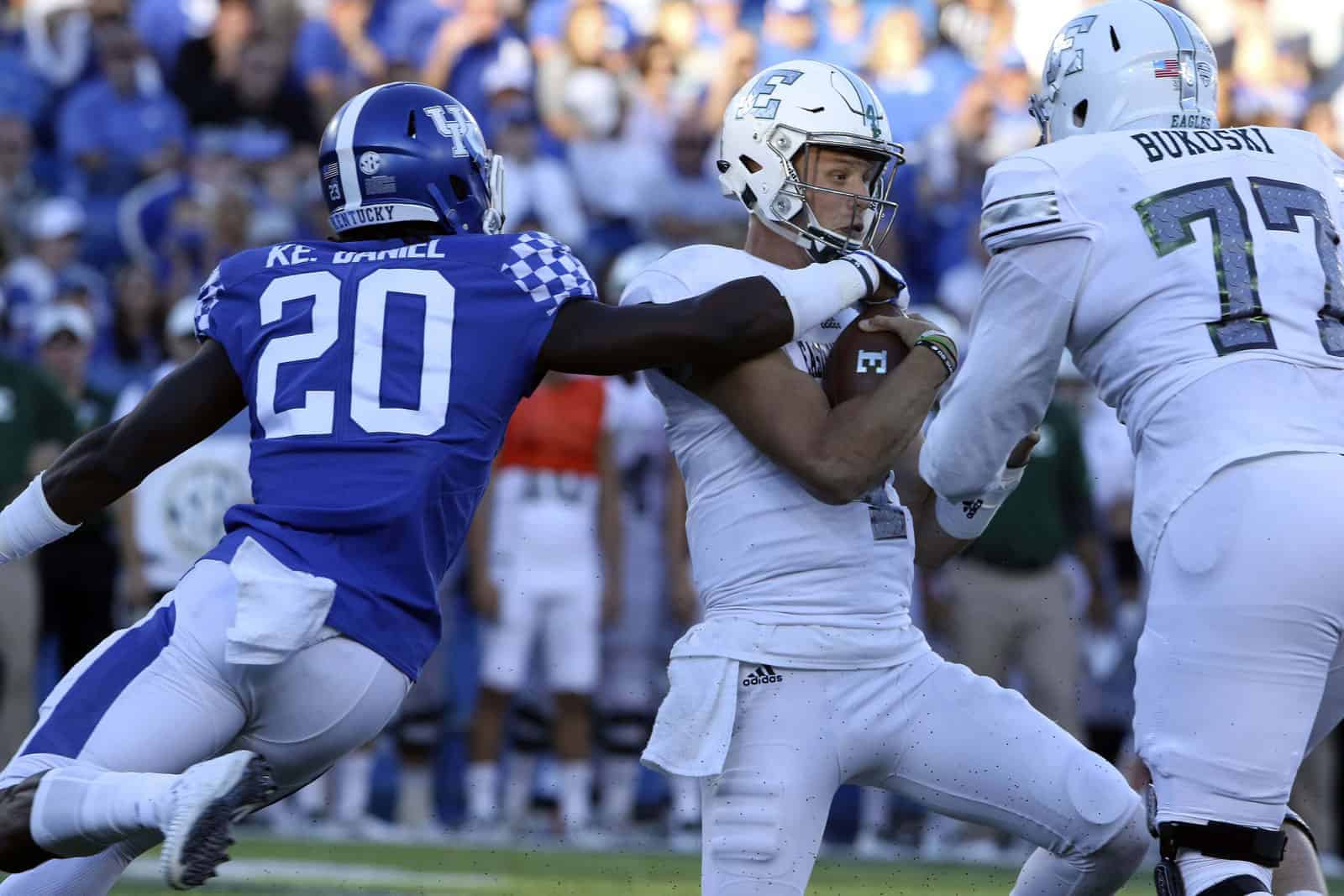 Kentucky and Eastern Michigan originally agreed to a three-game football series back in 2015, a story that was first reported by FBSchedules.

The two schools played the first game of the series in Lexington on Sept. 30, 2017, which was a one-game contract. Eastern Michigan received a $1.2 million guarantee for that game.

The original game contract stated that the visiting team would receive $200,000 from the home team for each game. That point is not specifically mentioned in the letter changing the terms of the series, so it’s possible that Eastern Michigan will collect an additional $400,000.

Barring any additional schedule changes, Eastern Michigan will open the 2019 season with three straight non-conference road games. The Eagles are slated to open the season at Coastal Carolina on Aug. 31, then travel to Kentucky on Sept. 7 and Illinois on Sept. 14.

EMU’s final non-conference game in 2019 is at home in Rynearson Stadium against Central Connecticut on Sept. 21.

Kentucky now has all four of its non-conference games at home, which means the Wildcats will play eight games at Kroger Field in 2019.

UK opens the 2019 season against Toledo on Aug. 31 before hosting Eastern Michigan the following week. Visits from UT Martin on Nov. 23 and in-state rival Louisville on Nov. 30 round out Kentucky’s slate.

That is a big blow for EMU as once again they have given up a home game against a major opp. They cancelled a home game against Michigan State as well. This is terrible both for paying fans…I would pay to see Kentucky but Central Conn State.yeah,that would be a “hell no”. Can you see Creighton on the recruiting trail,come to EMU,play against FCS teams at home and on ESPN3……

EMU athletics probably won’t exist in 5 years, and the school as a whole is in pretty dire condition. It is not a university any individual would ever want to attend by choice.

Why would Eastern Michigan turn down an opportunity for a home game like this? I am sure its more money but the opportunity to have this game on campus is huge.

I’m sure if EMU is in such dire financial straits they need the extra money from going to Kentucky. But I ask what about playing at either Paul Brown Stadium or Ford Field with EMU being the home team? This would give EMU more recruiting chips “we play in NFL stadiums” a larger crowd could so bring in more money, and Kentucky doesn’t get to play in its friendly confines.

If this game remains a home game for UK, they ought to ask Toledo about a neutral site such as Paul Brown, First Energy, or Ford Field, or even play at the Glass Bowl. UK should not have 8 home games.

@DaveMealy517 People in Michigan don’t want to see EMU, and they sure as hell don’t care about seeing Kentucky.

Eastern Michigan and UNC had a game scheduled 4-5 years ago for 2017, and then it was abruptly cancelled. Any idea what the deal was with that?