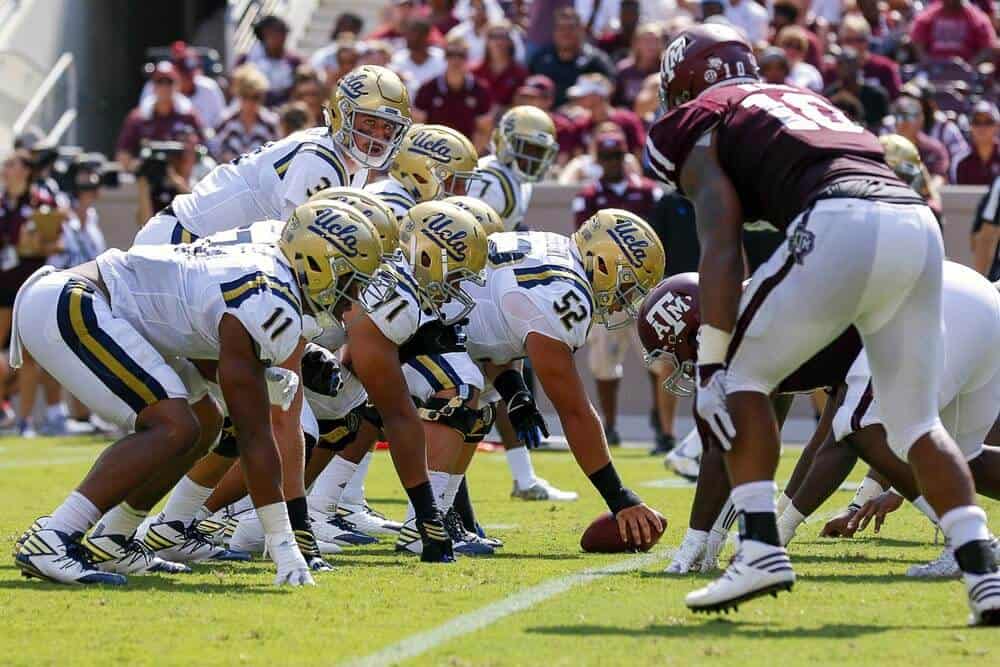 The 2017 Texas A&M at UCLA football game has been moved to Sunday, Sept. 3, the two schools announced on Wednesday.

The game, previously scheduled for Saturday, Sept. 2, will be nationally televised at either 7:30 or 8:00pm ET from the Rose Bowl in Pasadena.

Texas A&M and UCLA have met five times on the gridiron. The Aggies beat the Bruins 31-24 in overtime last season in College Station to take a 3-2 lead in the overall series.

The date change means each team will have a short week prior to their next contest on September 9. That Saturday, Texas A&M is scheduled to host Nicholls State while UCLA is slated to host Hawaii.

Both will have short weeks, but with both having Week 2 breathers against admittedly lesser competition, it makes it easier to agree to the Sunday night game.

I can see these games being moved due to how big they’re, Labor Day week end is huge. Normally starts on Thursday night -Monday night. Lots of great h/n/h & neutral site games to be played.

Outstanding, I wish a few more games were scheduled for that Sunday with no NFL.