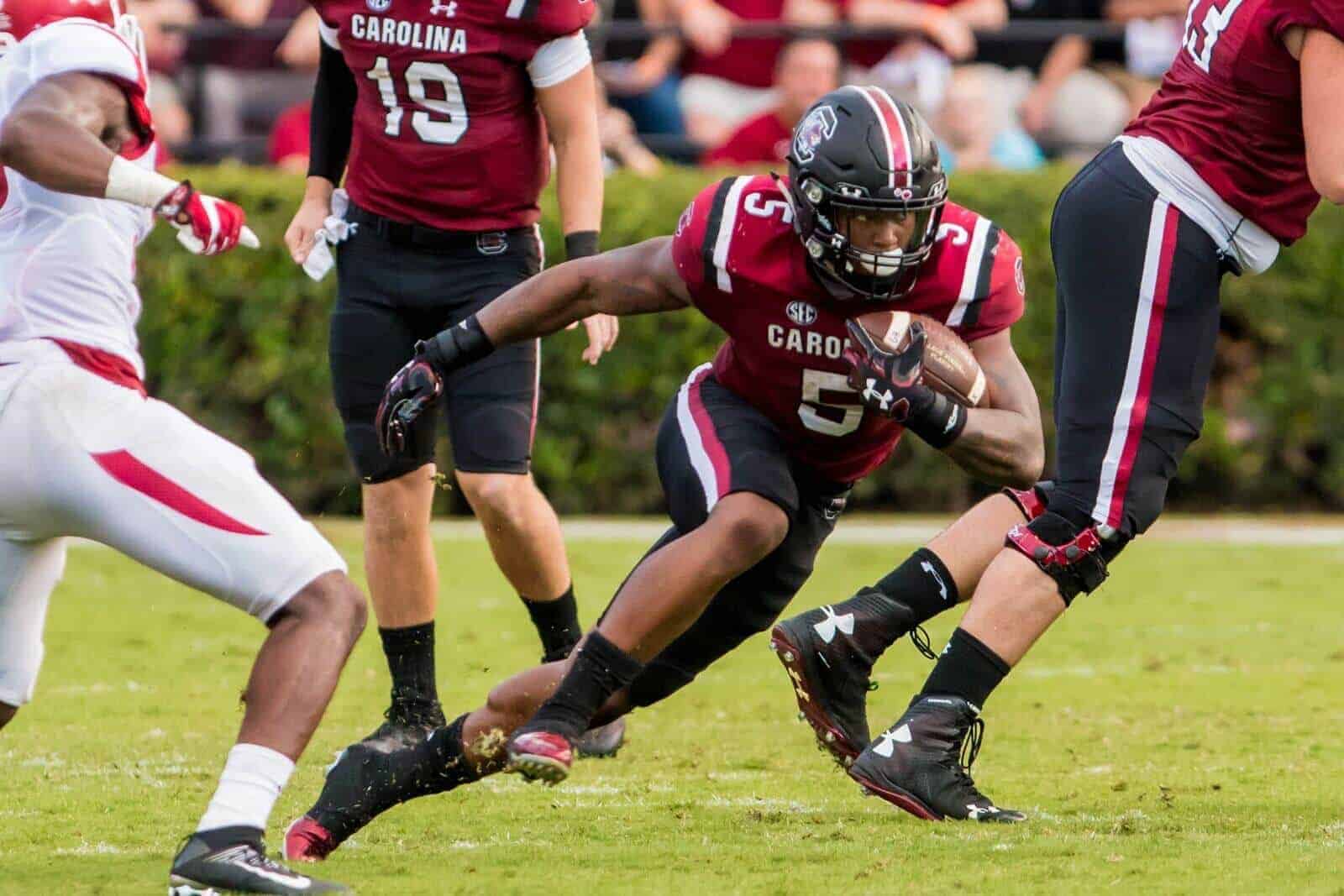 Welcome to Week 9 of 2017 SEC Football Predictions. My overall record resembles the final score of every Missouri game this season. Win or lose, someone seems to score 55 points.

It’s Week 9. Let’s just get to the predicting.

Quick word of wisdom: There is a good chance neither of these coaches will be at SEC Media Days in 2018. Bret Bielema has athletics director Jeff Long on his side, so he may get one more season to find any sign of life in the Hogs’ football program. Bielema is a breath of fresh air in a world of robot coach speak. Of course, who can blame the coaches for being boring. Many of the media covering college football complain incessantly about boring coaches only to write 10,000 words on how a coach should conduct himself when he says anything off-script. But I digress.

Ole Miss will be without Shea Patterson for the remainder of the season following his injury in last week’s loss to resurgent LSU. The Rebels will go with 6-2, 207-pound junior college transfer Jordan Ta’amu  as signal caller and should provide enough offense for Ole Miss to get a win against the reeling Hogs.
PREDICTION: Ole Miss 37, Arkansas 27

Big(ish) game word of wisdom: We all know that history has nothing to do with this year’s game, but tell that to 2002 Georgia, 2003 Georgia, 2014 Georgia. Florida had no business winning any of those three games, but the Gators were on the winning side on all three occasions. This year feels different. Florida is talking trash and usually when a team talks trash in these situations, it’s to convince themselves they belong on the same field with the opponent.

Kirby Smart has Georgia playing its best football since 2012 and appear ready to book their trip to Mercedes-Benz Stadium for at least one game in the post-season. The Bulldogs won’t have an easy time ending the Gators three-game winning streak if they are focused on Atlanta rather than Jacksonville. Smart gives every indication that he will not allow his team to look ahead, but this is uncharted territory for the second-year head coach. Expect an ugly defensive battle between these two with UGA heading into a crucial November undefeated.
PREDICTION: Georgia 13, Florida 6

Quick word of wisdom: This game is crucial for South Carolina because a loss to Vanderbilt coupled with a Georgia win over Florida will all but punch the Dawgs’ ticket to the SEC Championship Game. I don’t see Vanderbilt doing enough to win this game in Columbia, but stranger things have happened. A Gamecocks win will set up a huge November for them as they travel to Athens to take on Georgia next week with hopes of staying alive in the East.
PREDICTION: South Carolina 27, Vanderbilt 17

Quick word of wisdom: Missouri could win this game. But then there’s UConn. Go ahead and assume Missouri will score enough points to pull out this win over the Huskies.
PREDICTION: Missouri 53, UCONN 35

Quick word of wisdom: Tonight is the night Kellen Mond solidifies his place in A&M lore as the freshman quarterback will lead his team to a memorable win over Mississippi State. Expect a shootout with plenty of drama to go around.
PREDICTION: Texas A&M 49, Mississippi State 45

Quick word of wisdom: Butch Jones and the Vols appear to spend many hours each week figuring out how to avoid getting the football in the hands of running back John Kelly. Despite being by far the best player on the entire team, Tennessee only gives John Kelly the ball at points of the game that have the least impact.

We have great news for the Tennessee coaching staff; John Kelly is suspended for Saturday night’s game in Lexington against Kentucky because of a mid-week arrest for marijuana possession during a traffic stop. The coaching staff can now focus on getting the ball in the hands of less worthy players without the distraction of a very capable playmaker like John Kelly being an available option.

Kentucky has defeated Tennessee once since 1984, so picking Kentucky is not as easy as it should be. Kentucky and Tennessee are both coming off a 45-7 loss. This game is by no means a battle for the SEC East, but it’s a source of pride for both schools. For Tennessee, beating Kentucky has been more about being relieved for not losing to the Wildcats while beating Tennessee would become an instant “Moment of the Year” for Kentucky.

Expect Kentucky to win Saturday night, but don’t be surprised if the Wildcats lay another egg against a team they rarely beat.
PREDICTION: Kentucky 33, Tennessee 21

I agree with all your predictions, I too would like to see Kentucky beat Tennessee so we can put Butch Jones out of his misery but the Wildcats laid a BIG egg last week with Miss St & not sure if they can over come it. Miss St can’t figure anything out, either they win by 30 or lose by 30, that is a weird team to bet on. Tennessee is a tough team & even though they lost 45-7 last week to Bama, the score was opposite then the game.
If Florida find a way to beat Georgia at the largest outdoor cocktail party, then the SEC will be in mangles again, I’m pulling for the Dawgs.

Well thanks for pulling for the Dawgs!

I agree on Tennessee. I told all my Tennessee friends in Nashville that an effort like that each week and they are probably 4-2 right now. Still lose to UGA, but it’s not 41-0.