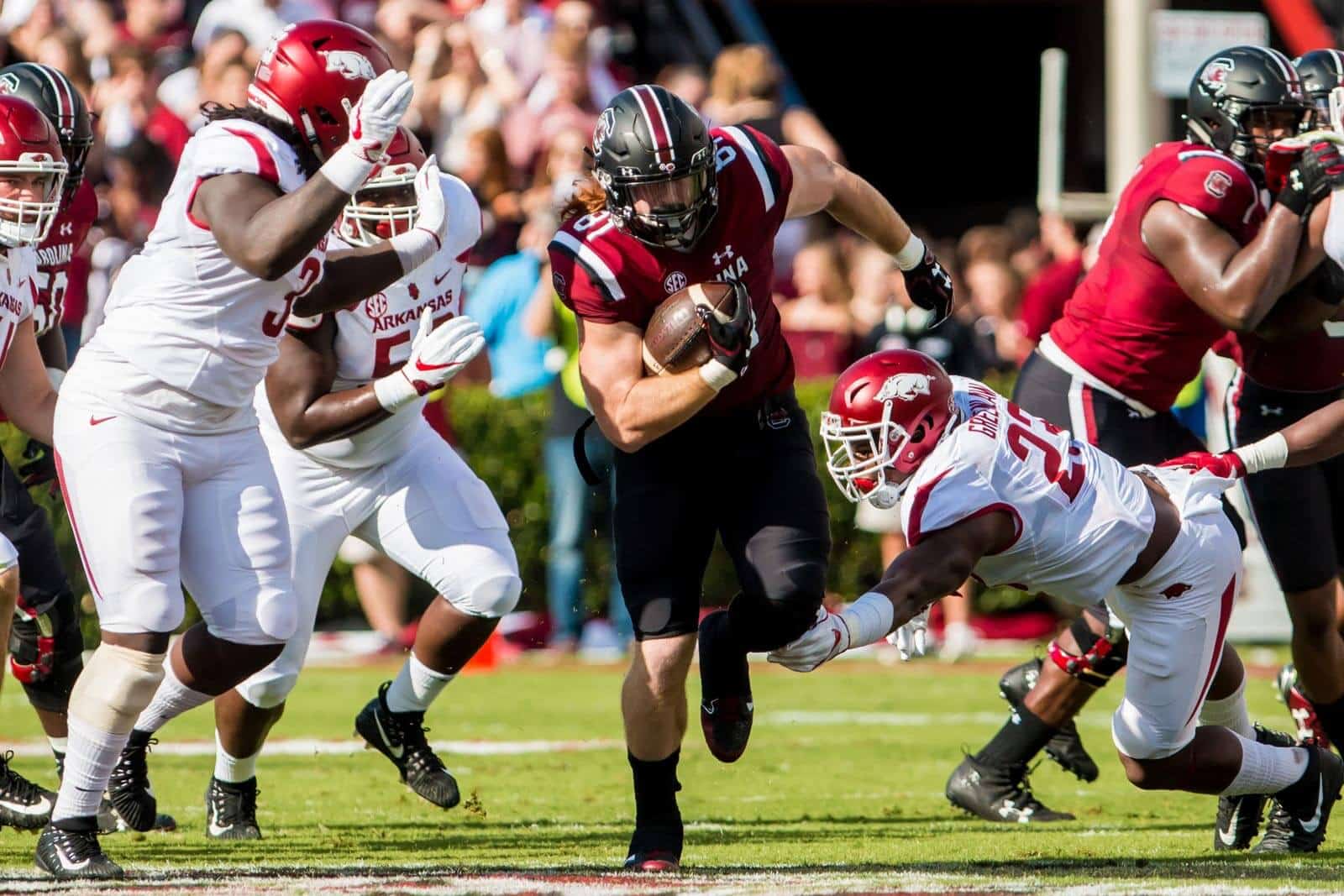 This weekend will give us a clearer picture for more than one team’s future. Butch Jones and Tennessee will start a redshirt freshman at quarterback in hopes of decreasing the intensity of the dumpster fire currently blazing through the athletic department on the The Hill. LSU hopes to put together two consecutive big wins for the first time in a long time as they welcome Auburn to Death Valley for an afternoon kickoff in Baton Rouge. Florida looks to bounce back after a disappointing homecoming loss to LSU while Texas A&M hopes that the choke in Pasadena will be a sacrifice that could replace the months of Choketober and November on the College Station calendar. The Aggies have been a huge second half of the season letdown the previous four years, but they began the season as a disappointment only to slowly gain respect as the season progresses.

Join me as we travel across the southeast to make our SEC Football Predictions for Week 7.

Quick word of wisdom: BYU opened the season with a 27-0 loss that has become more and more unimpressive as the season has progressed. The only win came in Week 0 the previous week against the Portland State Vikings. The independent Cougars come into the game against a team they defeated last year as a 23.5-point underdog. BYU does not match up well with Mississippi State at any position, so the Bulldogs may come off a much needed open date and cover that 23.5 points before the end of the first quarter. The Bulldogs will get their fourth win of the season in one of the first games on Saturday’s Week 7 docket.
PREDICTION: Mississippi State 45, BYU 14

Quick word of wisdom: Butch Jones has come out and said that quarterback Quinten Dormady had his best practice of the year this week. That fact will come in handy this week as Butch replaces Dormady with redshirt freshman Jarrett Guarantano. This could be the closing act for Butch Jones if Tennessee comes out and lays an egg (figuratively or literally) two weeks after being shutout by Georgia and coming off an open date.

South Carolina is coming off a 48-22 win over an Arkansas team that threw the ball to Gamecock defenders as much as they threw to Razorback receivers. The Gamecocks are not the flavor of the week that defeated NC State to open the season, but they are still in the upper-middle class of the SEC East and Tennessee is not. Neyland Stadium may not be standing after another Vols loss. The good news for Tennessee fans is this rivalry is one of the most closely contested games over the past 20 years. I don’t think history really cares, however, so I’m sticking with the Gamecocks.
PREDICTION: South Carolina 28, Tennessee 17

Big game word of wisdom: Who knows which LSU team will show up Saturday against Auburn, but the Tigers have the talent to beat anyone in the country. This was proven last week after a 17-16 win over Florida in Gainesville. These Tigers can also lose to Troy at home. Ed Orgeron is very streaky and if he can build on the momentum of last week’s win, LSU will play out of their mind Saturday in front of an frenzied home crowd, albeit an afternoon frenzy rather than the usual night crowd in Death Valley.

Auburn has improved more than any team in the nation in the last month. This is now a team that only seems to get better each week with an offense that is playing fast and physical and a defense that is much of the same.

LSU will need to make a big play on defense and special teams to win this one Saturday and I think they will. The SEC season has made little sense in 2017 and don’t expect it to make any more sense after this classic in Baton Rouge.
PREDICTION: LSU 24, Auburn 21 (OT)

Quick word of wisdom: I have no idea. I’d like to think Vanderbilt can win on the road against a very bad Ole Miss team that has thrown in the towel. Let’s say Vanderbilt doesn’t go all Vandy on us and leaves Oxford with a victory late Saturday afternoon.
PREDICTION: Vanderbilt 38, Ole Miss 20

Quick word of wisdom: Florida does not have the offense to score enough points to beat Texas A&M. The Gators could have easily lost to Tennessee and Kentucky until they finally did lose to an LSU team coming off a homecoming loss to Troy seven days earlier. Florida appeared to have a remedy for the sick offense in Luke Del Rio when he returned at quarterback to lead the Gators to a comeback victory over Kentucky. Then he was injured and out for the season and the offense is as sick now as it has been under Jim McElwain. The only thing I can find sicker than Florida’s offense is the alternate design that will be used for this week’s uniforms. Just Google “Florida alternate uniforms” and I’m sure you’ll see what I’m talking about it. Warning: any photos you see are NSFW because of the involuntary response laced in profanity you will have.

Texas A&M played Alabama as tough as anyone this season. The Aggies used the magic and toughness of freshman quarterback Kellen Mond to get within eight points before the scoreboard clock read 00:00. I’m not sure Texas A&M can bring that energy level to The Swamp on Saturday, but Kellen Mond proved he was a quarterback that plans on doing nothing but getting better as the Aggies field general. Most quarterbacks in his same situation Saturday night have circled the wagons in order to live to see to another day. Literally. Watch quarterbacks play against Alabama’s defense and you can see the difference in the eyes of the guys willing to literally sacrifice their careers in order to win one game against the ‘Tide and the guys who can’t be faulted for wanting to stay healthy enough to play again. I have seen two guys in the last two-and-a-half years that never flinched against Alabama; DeShaun Watson in the past two CFP National Championship Games and Kellen Mond against Alabama last Saturday night.
PREDICTION: Texas A&M 31, Florida 20

Quick word of wisdom: There was a time that everyone loved Brett Bielema and Arkansas was the up-and-coming program in the West. Austin Allen’s play at quarterback has been uninspired in 2017 and I will be surprised if he even finishes this game against Alabama because he is one of those quarterbacks that wants to and deserves to live to see another day.

I guess Alabama will win, but they ain’t all that.
PREDICTION: Alabama 63, Arkansas 6

Quick word of wisdom: I’m stepping out on a limb and saying Missouri won’t win the East this season. I know. I know. Call me crazy. Call me a Mizzou hater, but I just can’t shake this hunch. I also know how unfunny these “Hey, look at me. I’m making a joke about how bad a team is by commenting on how I’m going out on a limb by being the only person not predicting unparalleled success for said bad team.” I appreciate you for not punching me through your screen.

Georgia is good. Really good. They are as good statistically on offense as they are defense. That will be enough to win over Missouri. Missouri is bad. Really bad.
PREDICTION: Georgia 52, Missouri 13

I’ll take Bama 48-10, Bielema is now on the HOT SEAT & I don’t blame Arkansas, he did so well at Wisconsin.
I’ll take Auburn over LSU, congras to Ed for his victory over Florida but I don’t think it will last. I’ll take Florida over A&M, may be the new uniforms for the Gators will help, not sure. They still new a good QB.