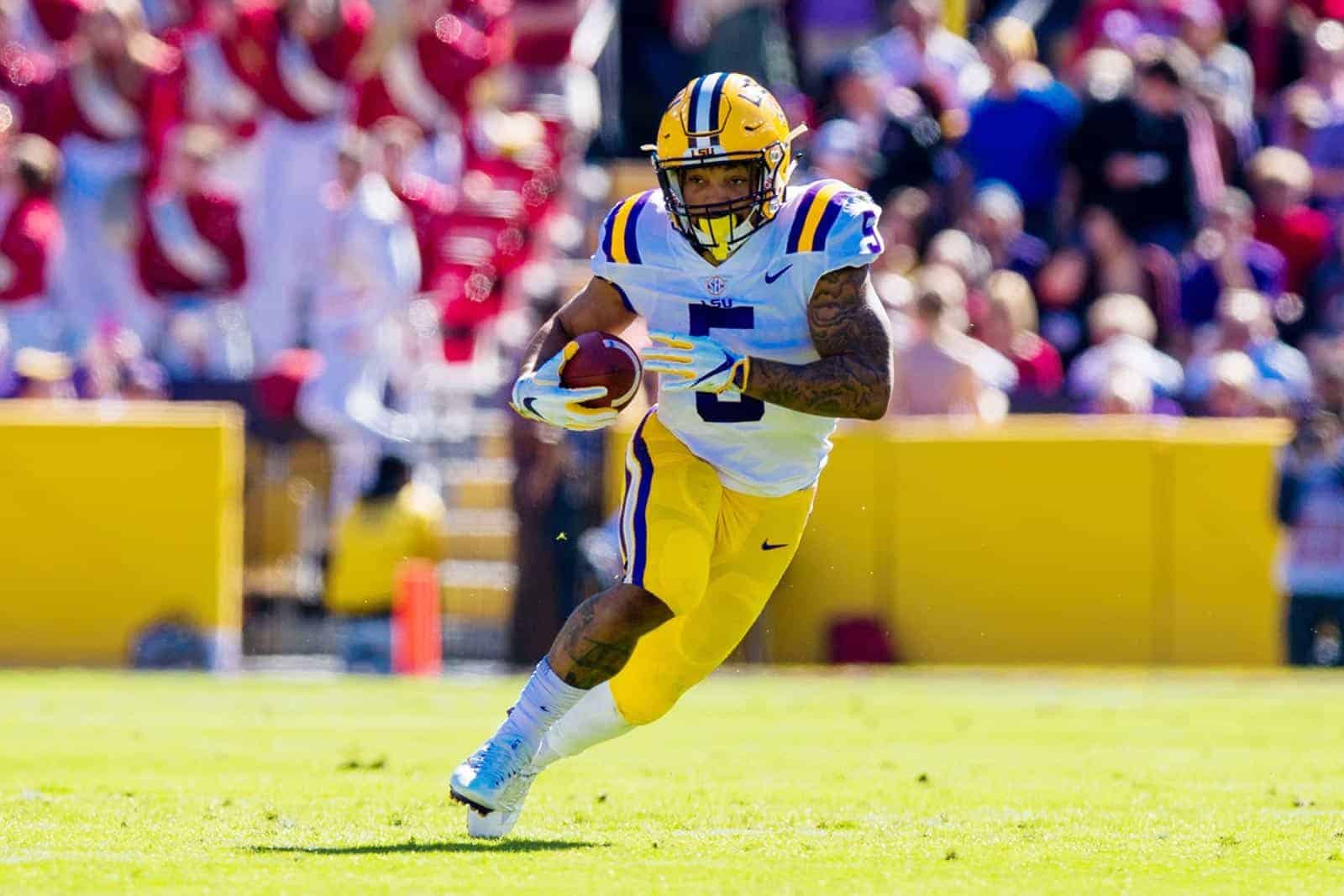 Welcome to Week 12 of 2017 SEC Football Predictions. I need you good folks to hold me accountable this week. Do not let me get away with jokingly writing, “Hey! Throw out all the records for this one,” in any of the nine predictions below. Week 12 of the SEC Football season is a perennially awful week and writing jokes like the one above is tempting, but deserves the same force of slapping as the co-worker who tells you on December 31st before leaving the office, “See ya next year, chief!”

With that being said, let’s predict this awful week that doesn’t even deserve it’s own week. We will call it Pre-Week 13 from this moment forward. Most coaches and an athletics director in the SEC will remember this as The Week I Got Fired.

Quick word of wisdom: All we ask as football fans is that no one suffer any serious injuries in this game. Honestly, I can’t recall a game where fans have come together to wish a serious injury on a player. But seriously. Please. Nobody get hurt.

What generally occurs on the week prior to rivalry week is a player nursing as much as a hangnail will sit out for an upper body injury or at least be day-to-day and a game-time decision. Said player will be told to sit out this game and hopefully he can play next week.

As far as X’s and O’s, Alabama is better than Mercer and they should win. Mercer will take home some pretty nice Christmas shopping money for making the trip over to Tuscaloosa.
PREDICTION: Alabama 44, Mercer 6

Quick word of wisdom: Rat poison has been injected into the Auburn program, the likes of which we have never seen. So much rat poison. The last thing Gus Malzahn wants is a letdown by his players against ULM, but it would not hurt his feelings if his Tigers suffered a slow start to bring them back to earth from last week’s complete domination over Georgia.

For those interested in future games for Auburn, they take on Alabama in a game locals call the Iron Bowl next Saturday at 3:30 p.m. Eastern on CBS. That game will determine the SEC West and have on effect on the SEC Championship and the College Football Playoffs.
PREDICTION: Auburn 31, ULM 14

Quick word of wisdom: As I write this prediction, Arkansas is parting ways with athletics director Jeff Long. All signs point to Bret Bielema quickly approaching the status of former Arkansas head coach. Dan Mullen has not been fired from Mississippi State, but he may not be wearing maroon next season. I don’t see the Bulldogs letting down too much for this game against a dysfunctional Arkansas team.

It will be interesting to see how distracting the conversation could get in Auburn if Gus Malzahn going home to Arkansas talk continues to gain steam. When Mama calls, you gotta go home.
PREDICTION: Mississippi State 32, Arkansas 13

Quick word of wisdom: Ooh wee. I picked the Dawgs last week and we were all wrong.
PREDICTION: Georgia 42, Kentucky 7

Quick word of wisdom: Wofford runs what is called a Wingbone offense. Basically, it’s a form of the triple option. Chunks of yards could get chewed up on the ground for the Terriers if the Gamecocks get caught looking ahead to its upcoming battle with Clemson. Although Wofford could turn this game into a frustrating and sloppy affair for Carolina, the Gamecocks should be able to pull away late.
PREDICTION: South Carolina 34, Wofford 17

Quick word of wisdom: Florida has one tough non-conference game remaining on the schedule. They also play Florida State next week. The Gators have nothing left to give on the field for 2017. Games where a surprisingly, yet relatively successful program play a perennial blue blood that is struggling usually trap everyone into picking the team with the better record before the blue blood imposes their will on the slower and undersized team. I’m not sure Florida has enough to beat a program that did not field a team in 2016.
PREDICTION: UAB 21, Florida 20

Quick word of wisdom: This is a very late point of the season for a West vs. East game. Imagine if these two teams were still in the hunt for a division title. The pregame chatter would be 98 percent “This game is taking place about six weeks too late into season.” Regardless, LSU is in the race for a top-tier bow and Tennessee is in the race to get James Franklin, Jon Gruden, or Dan Mullen as head coach.

LSU wins, but it won’t be as much of a blowout as many think it should be.
PREDICTION: LSU 17, Tennessee 13

Quick word of wisdom: Missouri, you’re next. The Tigers have made one heck of a turnaround since beginning the season as nothing more than a speed bump for the opposition. Vanderbilt will face Tennessee next week in the Battle For One Conference Win.
PREDICTION: Missouri 42, Vanderbilt 13

So I guess Texas A&M and Ole Miss was just forgotten? Or left out? Or all the above?

I just thought about that and came over to see if I did forget it. Yep. I only did the big games… Like Mercer-Bama, ULM-Auburn, UAB-UF. Ha. Dang. Sorry about that. So here’s the pick….
PREDICTION: Ole Miss 31, Texas A&M 30

So glad you didn’t leave out Mercer/Bama. Was on the edge of my seat wondering how you’d be predicting that one..

My prediction for the forgotten game..42-38 A&M