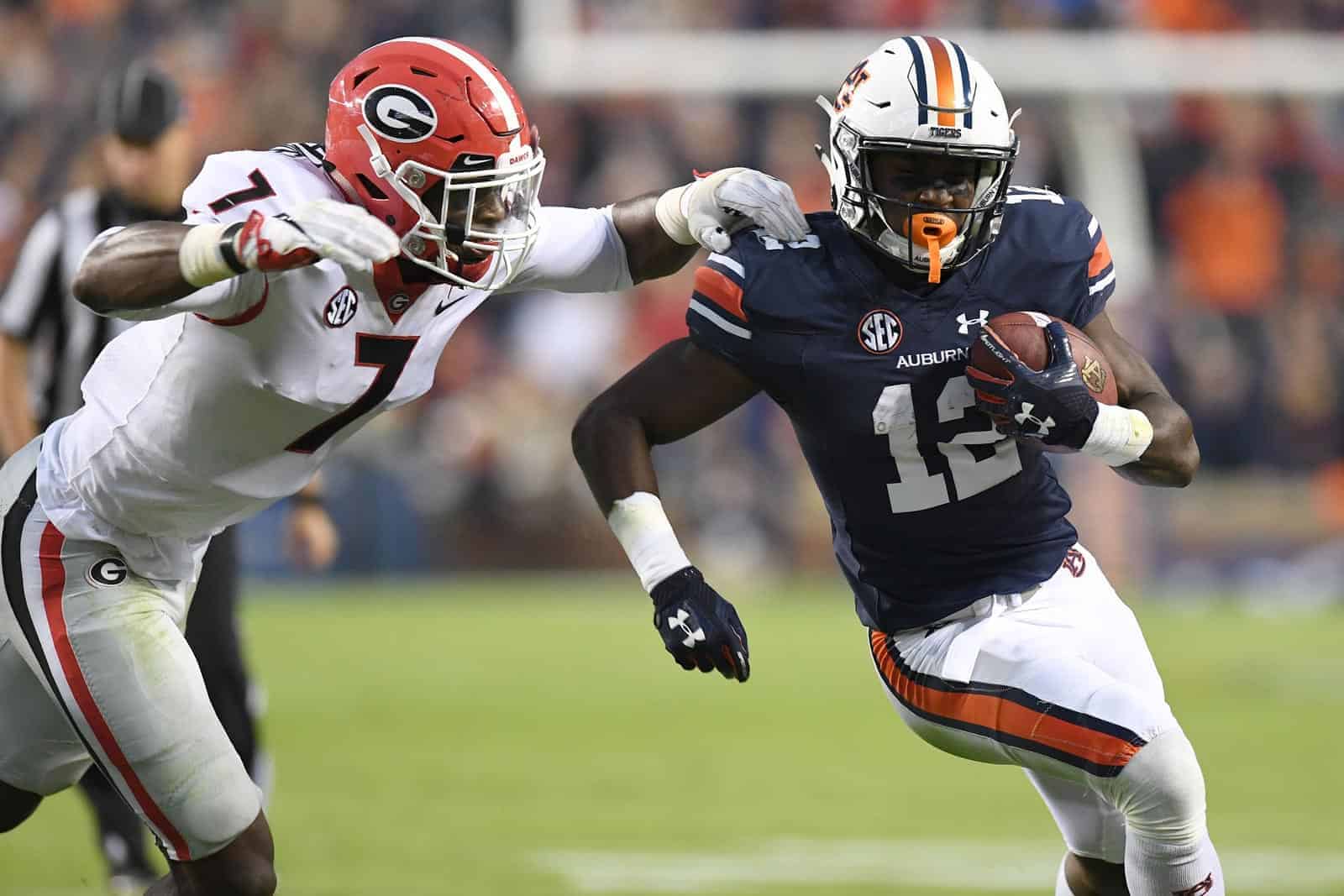 Eric Taylor is a contributor to FBSchedules.com. Follow him on Twitter @EricFromSpfld or contact him via email at EricFromSpringfield–at– gmail–dot– com. Eric sprinkles his talents across the property & casualty insurance sector and the comedy writing world. Luckily, he makes his living doing insurance,  but be sure to Like the Facebook page Facebook.com/EricTaylorWritesStuff  for updates on other stuff Eric may be writing or doing.

So I was wrong about the 1st four SEC bowl games, the three I thought would win, lost & the Miss St win over Louisville after I thought the Cardinals would smash them because of no coach or QB. Good job Bulldogs!

5 SEC teams play on January 1st, I will take:
Michigan over S.Carolina (I’ll be at the game) 27-13, Peters is coming back as QB but they still need an offense line to protect him. A lack of Gamecock offense as well will determine the out come with no offense coordinator.
Auburn over UCF, 34-27. Closer then people think. Would not be surprised if the Tigers lost because they wish they’re in the CFP.
LSU over ND 23-20.
Bama over Clemson 31-27, revenge is a factor in this game plus Bama will be healthy on defense.
Oklahoma all over Georgia 41-20, Mayfield is unstoppable but he is ill so that may have a factor in the out come. The Dawgs are great but if Auburn can run all over them like they did at Auburn, can’t see the Dawgs stopping the Sooners but hopefully I am wrong.

Congrats to the PAC-12 that went a solid 1-8 in bowl games & some people still think the PAC-12 did not get a “FAIR SHAKE” for a chance at the CFP, of course not! The best team in the conference got crunched by the Buckeyes 24-7. It was no contest. Better luck next year, I guess. So much for being the best conference.
Yes, the SEC is not doing that well in bowl games but they sure as hell are not going to go 1-8 & if they do then I will come back on & say I was wrong.

Congrats to the BIG in bowl games, THEY CRUNCHED IT & I think Michigan will win as well.

Central Florida is the National Champion 2017

“Would not be surprised if the Tigers lost because they wish they’re in the CFP.” What a cop out sentence. Also you wrote Auburn over UCF lol.