2017 Patriots-Raiders game to be played in Mexico City 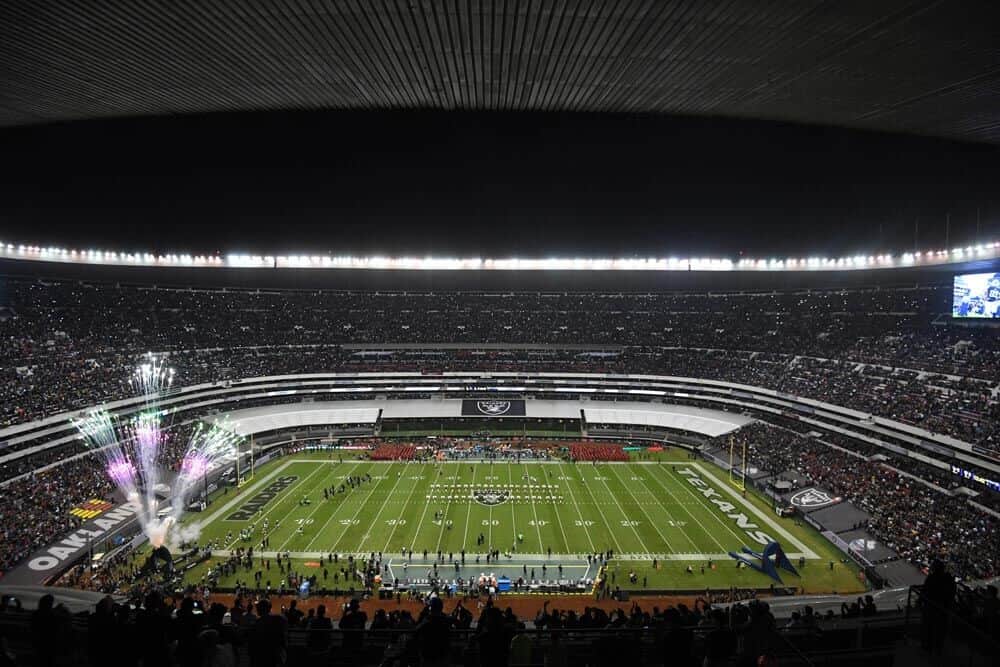 The 2017 Patriots-Raiders game will be played in Mexico City, the NFL announced on Friday.

Oakland will host New England at Estadio Azteca in Mexico City on a date to be announced this spring in conjunction with the 2017 NFL Schedule release.

The Texans-Raiders game will be part of the NFL’s International Series, which also includes four football games in London in 2017. Those four games include Baltimore vs. Jacksonville, New Orleans vs. Miami, Minnesota vs. Cleveland, and Arizona vs. LA Rams.

“We have a tremendous fan base in Mexico,” NFL Commissioner Roger Goodell said. “Their passion for football is inspiring, and we look forward to another memorable game in Mexico City between two great teams next season.”

Last season, Oakland played host to Houston and won 27-20 on a Monday night. It was the first-ever Monday Night Football game to be played outside of the United States.

Of course, Bob Kraft TOLD Goddell that they were not going to play a home game out of state…

How many in Oakland though would like to see the Las Vegas Raiders now, though?

LV is pretty much dead

If the Chargers fail a second time in L.A. (which I think that they will) and say they move back to San Diego within 5 years, could the Raiders actually end up in L.A with Las Vegas’ hopes of landing the Raiders on life support?

I have a feeling this game might be cancelled or moved back to the U.S. before the season begins.

You do know that Sheldon Adelson & Goldman Sachs are both out of the picture right? It might not be Las Vegas they go to. Though it does give Oakland hope of keeping the Raiders. But they must get their act together.

Playing in Mexico is Not a home game for the Raiders, and I hope they do not have to play there again, I was planning on going to this game, but not now!

Preview of the AFC Championship game